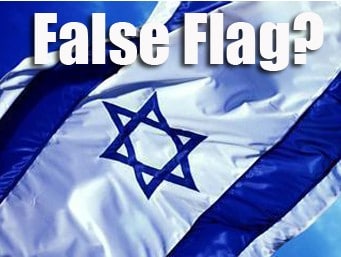 Is it an Israeli False Flag Again?

Editor’s note:  When we learned that initial news reports came from SITE Intelligence (always an indicator of “planted news”), and the disturbing background of the shooter, one of endless senseless contradictions, came to light, the question brought up by Gilad Atzmon became one of extreme legitimacy.

Articles citing his time in Aghanistan, his capture by Americans who aided in his return to France where he was given special consideration re-entering the country though having been arrested as a “Taliban bomb maker” have been, during the last hours, taken off the internet.

Israeli press reported this evening that French gunman Mohamed Merah had been on a trip to Israel in the past.

According to the report, Merah’s passport had Israeli stamps in it. The purpose of his visit is  unknown. Israeli analysts suspect he was either trying to visit the Palestinian territories or preparing for a terror attack.\

However, I won’t rule out the possibility that Merah was actually trained by Israeli forces. Marah may have conducted a false flag operation. By way of deception is,  after all, the Mossad’s motto.

Read the story of Naeim Giladi, an Israeli agent operating in Iraq in the late 1940’s.

“On May 10, at 3 a.m., a grenade was tossed in the direction of the display window of the Jewish-owned Beit-Lawi Automobile Company, destroying part of the building. No casualties were reported.

On June 3, 1950, another grenade was tossed from a speeding car in the El-Batawin area of Baghdad where most rich Jews and middle class Iraqis lived. No one was hurt, but following the explosion Zionist activists sent telegrams to Israel requesting that the quota for immigration from Iraq be increased.

On June 5, at 2:30 a.m., a bomb exploded next to the Jewish-owned Stanley Shashua building on El-Rashid street, resulting in property damage but no casualties.

On January 14, 1951, at 7 p.m., a grenade was thrown at a group of Jews outside the Masouda Shem-Tov Synagogue. The explosive struck a high-voltage cable, electrocuting three Jews, one a young boy, Itzhak Elmacher, and wounding over 30 others. Following the attack, the exodus of Jews jumped to between 600-700 per day.

Zionist propagandists still maintain that the bombs in Iraq were set off by anti-Jewish Iraqis who wanted Jews out of their country. The terrible truth is that the grenades that killed and maimed Iraqi Jews and damaged their property were thrown by Zionist Jews.”