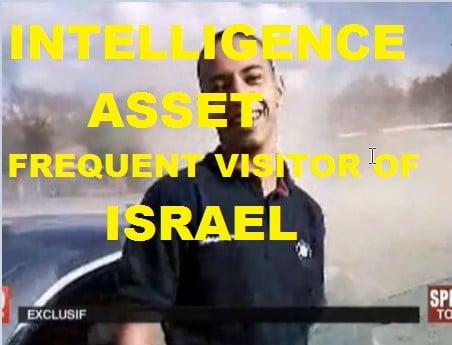 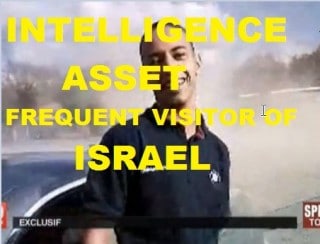 Taken Off The Internet Yesterday

The man accused of killing seven people during recent gun attacks in Toulouse has been killed, following a 32 hour standoff with police – as more information has come to light about his extensive links to the French authorities.

Mohammed Merah, a self-proclaimed Al Qaeda operative, was reportedly found dead on the ground after being shot in the head and falling from his apartment window, following a five minute gun battle when police stormed the building.

Whilst French authorities claimed to want to end the standoff peacefully and take Merah alive, the siege’s fatal finale conveniently removes from the picture a suspect who appears to have had a great deal of contact with both the French intelligence services and the police – and even with the US military.

French interior minister Claude Guéant yesterday revealed that Merah had been on the radar of the DCRI – France’s domestic intelligence agency – “for years”.

It has since transpired that Merah was questioned by the intelligence service as recently as November 2011, after being summoned to explain trips he had made to Afghanistan and Pakistan.

Astonishingly, Merah was reportedly granted freedom to leave by his French intelligence questioners after providing them with photographs supporting his claims of having merely been on an innocent tourist holiday.

That Merah’s explanation satisfied the intelligence service is inexplicable, considering their familiarity with his track record of suspicious activity.

Merah had reportedly made two trips to the Afghanistan-Pakistan region, and whilst his attorney Christian Etelin has denied such rumours, some have claimed he even spent time in a Kandahar jail before escaping during a Taliban breakout.

Whilst Merah’s reported time in an Afghan jail has yet to be established, other sources, including top French prosecutor Francois Mollins, have stated that he was arrested by Afghan police at a checkpoint and handed over to the US military, before being flown back to France.

US military officials have claimed not to have any information regarding Merah’s alleged detention in Afghanistan.

A report in French newspaper Le Télégramme details how the mother of a 15 year old boy claims she twice filed complaints with the police, after Merah showed her son violent Jihadist videos and extremist literature at his Toulouse apartment. The woman, identified by the pseudonym Aisha, said that:

“I am appalled. It took all these people [to be] killed for Mohammed Merah [to be] finally stopped,” she said. “The police knew all about the danger of this individual and his radicalism”.

Le Télégramme also reports how Merah allegedly went into the street outside the woman’s house wearing military fatigues, brandishing a sword, and shouting “I’m with Al-Qaida”.

Mohammed Merah’s older brother Abdelkader was apparently also well known to the authorities. He was arrested on suspicion of belonging to the Knights of Pride – an extremist group against the banning of the burka in France.

It was from Adbelkader’s computer that an unsecured email was allegedly sent to one of Mohammed’s victims, arranging to view a motorbike – an appointment at which the paratrooper was murdered. Merah was tracked down after the IP address and location were traced from the email.

The French authorities’ excuses for their inability to prevent Merah’s killings are highly questionable.

As Merah very much fits the profile of a classic intelligence asset – young, disaffected, and with a history of petty criminality – serious questions should be asked about whether he really just “slipped through the net”, or if in reality the intelligence services deliberately failed to prevent the attack, or even actively provocateured it.

In this regard it is interesting to note that Nikolas Sarkozy, previously trailing in the polls in a French election year, is now the favourite to win the first round of the presidential election next month.