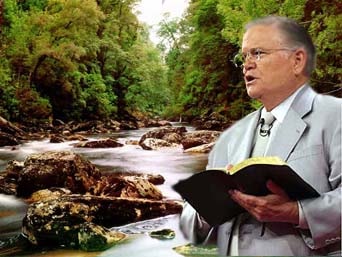 No offense to believers, but according to Reverend John Hagee, the leader of the over one million strong “Christians United for Israel” in order to amend HIS/HER mistake, God/G-d decided to come down in Jerusalem and anoint Bibi Netanyahu as King of the Jews, just like King David or Moses!

I was not surprised that John Hagee came close to comparing Bibi Netanyahu to the coming of the “Messiah”, However John Hagee stopped short of comparing Bibi to Adam and Noah. Forget about Mohammed or Jesus, they don’t count in the book of John Hagee. 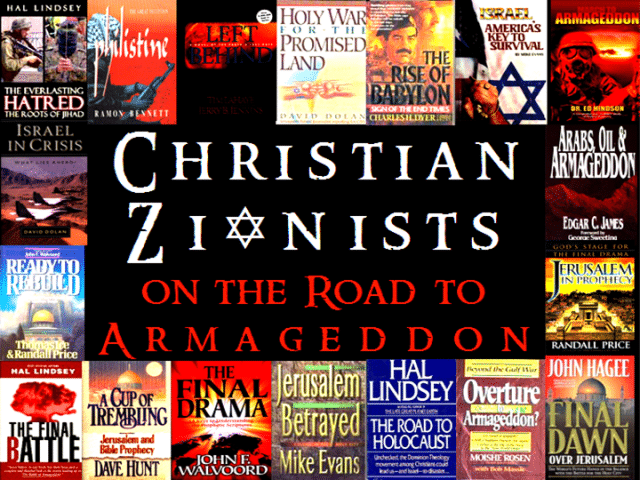 After his speech to Christians United for Israel, I am sure Bibi Netanyahu laughed all the way home at how easy it is to hold their support, especially since their leader John Hagee seems to have no problem fleecing millions of dollars annually from his poor flock in San Antonio, only to give it all to Israel, and leave his own followers to bite the dust.

Hagee’s mega church has contributed tens of millions of dollars to Israeli and Zionist causes including paying for the immigrations of Russians of “dubious” Jewish origin.

I am sure these economic refugees from the former Soviet Union also laughed at this fool.

John Hagee and his church are essentially funding criminal activities, including illegal settlements, all with apparent blessings from God, and the IRS, which allows fraudulent church leaders to fleece their memberships and send tax-free dollars to Israeli criminal enterprises.

All of this is done in the name of the coming Messiah.

Of course, in exchange for bringing thousands of committed Evangelical Christians who are willing to support the Zionist state, the Reverend John Hagee is treated like a prince in Israel, wined and dinned, compliments of Israeli officials and security agencies.

While not a Biblical scholar, from what I have read about Christian Zionism, the support they give to Israel is meant to help expedite and facilitate the Biblical “prophesy” of Armageddon, and the “in gathering of the Jews “ in Palestine to await the Christian Messiah (sorry, not Bibi Netanyahu).

According to the Christian Zionist prophecy, with Armageddon, all hell will break loose, tens of thousands of Jews will be killed and slaughtered and those who decide to convert will be spared the sword. What a happy ending for Evangelical Christians and what a sad and almost certain Holocaust for Jews. I am sure every Jew, Zionist or not, atheist or not, scoff and laugh until they fall out of their chairs at this prophesy, knowing these Christians United for Israel do not give a damn about the Jews, or Israel but care only for either slaughtering of the Jews or their conversion to Christianity.

Meanwhile and in Jerusalem, it does no harm to Israel to have a fool like John Hagee bring millions of dollars with him and lead faith-starved “Christians” to push, prod and pray for the end of Jews. And the IRS allows and grant these fools tax exemptions!

I always wondered what the Reverend John Hagee has done for those in poverty in San Antonio, and what he did for the Christian community in the city? Did he build a hospital, or clinic or an orphanage? Did he sponsor feeding stations for the homeless and the hungry or pay for the repatriations of tens of thousands of illegal Mexican immigrants? I doubt it. He raises money for Israel because he is on an ego trip, showing members how the Israel Messiah, King Bibi receive him and his delegation.

I guess everyone has a right to make a fool of themselves, but to make a fool of over One Million followers is bit too much. One has to read the story in Haaretz and wonder how two misfits, lie to each other and about each other. Perhaps it would do good for the people of San Antonio if the Reverend John Hagee took care of his congregation in San Antonio, rather than wasting their money on Israel. Congress is already taking care of Israel.