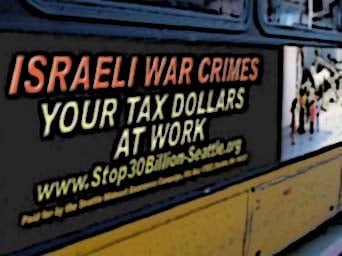 The Pentagon is pressuring Congress to take even more money out of the pockets of American tax payers and send it to the Jewish state of Israel. This particular demand for more cash for Israel is so Israel can buy more Iron Dome anti-rocket systems. And it is in addition to the over $3 BILLION the political prostitutes are already giving Israel every year!

Since Congress is overflowing with opportunistic career political whores who only live for their own advancement and who know who calls the shots, the Pentagon should find no resistance to their demand for yet more tax payer money for Israel.

The Iron Dome is built by the Israeli company Rafael Advanced Defense Systems Ltd. which means 100 percent of the American tax dollars will go directly to Israel and be paid by the Israeli government to an Israeli company and will NOT benefit any American whatsoever. This demolishes the empty argument kosher conservatives like Rush Limbaugh use to justify American welfare to Israel because the money is spent buying American weapons. Even if the money was spent buying American weapons, it would still be wrong arming an aggressive nuclear armed and Old Testament believing nation who steals from and murders its neighbors with those weapons. Add to this moral violation the additional moral violation of taking the cash from the American people to give to corporations for the Jewish state’s benefit and it is wrong any way you look at it.

To think that during an economic depression which we are currently in in which millions of Americans are out of a job or have a job that doesn’t even pay them enough to live on, with thousands of veterans and children living on the streets, with austerity measures and cuts aimed at working people being promoted and taking place that the traitors of both parties and the United States military/Pentagon would even consider committing such treason against the American people and the American ideal is beyond comprehension.

In 2011 Israel sold American missiles to Communist China. Fortunately, they were discovered in Finland on their way to be delivered to the Communists. In spite of this betrayal by Israel, U.S. politicians continue to put Israel’s interests way above America’s interests.