Home Veterans Pentagon desecration of 9/11 victims' remains: Proof that WE are "the enemy" 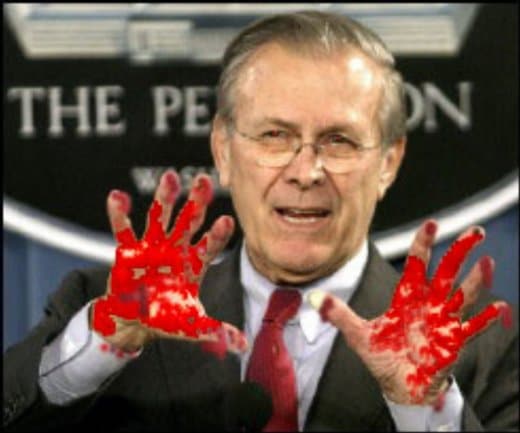 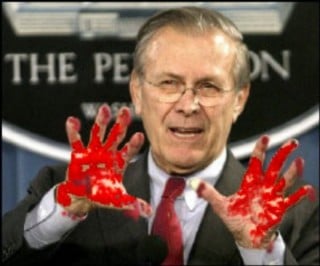 The New York Times has reported that Pentagon officials considered burying the remains of Pentagon 9/11 attack victims at sea. But they decided that would be too honorable. So they burned them and dumped them with the other garbage in a landfill.

How to explain such disrespect?

Were they in a rush to get rid of evidence? Maybe. After all, the family members of the 19 identity-theft victims who took the rap for 9/11 have been begging for DNA testing, and the US government has repeatedly turned them down. Perhaps the coverup team did not want any evidence about who really died on 9/11 (and who didn’t) preserved and potentially available for independent examination. Burn the bodies, dump them at sea…anything to make sure they’re gone forever.

Just like with the alleged corpse of Bin Laden.

But it’s one thing to lie outrageously about Bin Laden and to (allegedly) desecrate his corpse. It’s another thing to desecrate the bodies of American 9/11 victims.

This seemingly bizarre contempt for American victims suggests that the top of the command chain of the US Armed Forces viewed American 9/11 dead not as innocent victims and martyrs, but as “wasted” enemies.

After all, if you’re a trained military killer, you “waste” your enemy. Whether dead or alive, he’s just human waste. You kill him unreflectively, with Pavlovian efficiency. His remains are waste. They go in the dump.

That’s how the top of the command chain treated American 9/11 victims. (And, later, the soldiers hoodwinked into fighting the 9/11 wars.)

And that disrespect for American dead speaks volumes.

It means that the top of the command chain viewed those Americans as enemies.

And guess what? Americans WERE the enemy to the cabal of top military brass, Mossad assets, and the Cheney-Bush White House…the real murderers of almost 3,000 Americans on 9/11/2001.

Donald Rumsfeld himself declared war on the Pentagon on September 10th, 2001. That same day – less than 24 hours before 9/11 – he admitted that 2.3 trillion dollars was missing from the Pentagon budget.

The next day, the Pentagon accounting division was decimated in a bomb attack, later falsely attributed to a jetliner.

So…How do YOU think the bodies of the real 9/11 perpetrators should be treated?

AP Online March 15, 2007 SCRANTON, Pa. – A crime surge in a former coal town prompted a crackdown on illegal immigrants, the mayor testified Thursday as he defended the ordinance against claims that it is unconstitutional.

Hazleton Mayor Lou Barletta said violent crime spiked 60 percent between 2003 and 2006, driving businesses away and making residents afraid to come out of their homes. Within weeks last spring, he said illegal immigrants were arrested for fatally shooting a man, shooting a playground with a BB gun and dealing drugs. web site illegal immigration statistics

“People were demanding that something be done,” Barletta said on the fourth day of a trial to determine the constitutionality of Hazleton’s Illegal Immigration Relief Act.

“I understand those who say the federal government is in charge of regulating immigration,” Barletta said. “However, these crimes are being committed on our streets.” The ordinance, passed last summer, imposes fines on landlords who rent to illegal immigrants and denies business permits to companies that employ them. A companion measure requires tenants to register with City Hall. see here illegal immigration statistics

The American Civil Liberties Union sued to overturn the measures, saying the federal government has jurisdiction over immigration matters. Enforcement of the laws was barred pending trial, the first to examine local efforts to curb illegal immigration.

Statistics show that illegal immigrants were responsible for less than one percent of the more than 8,000 crimes in the city between 2001 and 2006, ACLU lawyer Witold “Vic” Walczak said.