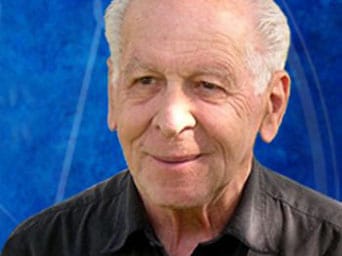 In 1989, when Radio Free America was into it’s first full year of broadcasts one of the themes most gripping to a new audience for the new medium of anti-fascist statism, sometimes called ‘populism’ Was the forum promoted around the great work of Dr. Thomas Szasz author of ‘the myth of mental illness.’

You would never know it from the media today, but this great thinker is still teaching at SUNY and is actually treated quite well by Wikipedia despite being hated by the American Psychiatric Association. ( hated because he is right and the establishment cult is wrong.)

The Scientologist cult latched onto his common sense views decades ago and formed the activist CCHR subset, that provided my broadcasts with sharp guests.

Running across the video here recently reminded me of why I pushed so hard for these positions, regardless my open distaste for the Scientology freaks, with whom I’ve had many unhappy encounters through people who were great friends.

In this day of open fascism spreading over any remnant of common sense in governance, it pays to place particular attention upon the best of our thinkers. Szasz wrote in his “myth of Mental illness.” Taken off Wikipedia:

The myth of mental illness: “Mental illness” is an expression, a metaphor that describes an offending, disturbing, shocking, or vexing conduct, action, or pattern of behavior, such as schizophrenia, as an “illness” or “disease.” Szasz wrote: “If you talk to God, you are praying; If God talks to you, you have schizophrenia. If the dead talk to you, you are a spiritualist; If you talk to the dead, you are a schizophrenic.”[10] While people behave and think in ways that are very disturbing, and that may resemble a disease process (pain, deterioration, response to various interventions), this does not mean they actually have a disease. To Szasz, disease can only mean something people “have,” while behavior is what people “do.” Diseases are “malfunctions of the human body, of the heart, the liver, the kidney, the brain” while “no behavior or misbehavior is a disease or can be a disease. That’s not what diseases are” Szasz cites drapetomania as an example behavior which many in society did not approve of, being labeled and widely cited as a ‘disease’ and likewise with women who did not bow to men’s will as having “hysteria”[11] Psychiatry actively obscures the difference between (mis)behavior and disease, in its quest to help or harm parties to conflicts. By calling certain people “diseased”, psychiatry attempts to deny them responsibility as moral agents, in order to better control them.”

Szasz is a ‘Humanist’ but I am not a kneejerk Oxymoron Christian. His views are very Jesus-like, whether he ever believed the story or not.

The thought is the real thing.