Home WarZone U.S. Grand Strategy in an Age of Upheaval 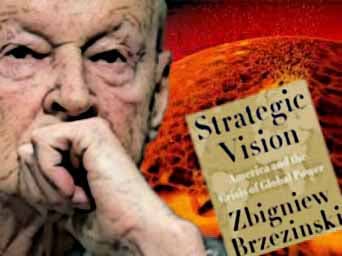 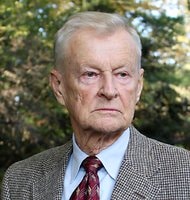 I think  Brzezinski’s geopolitical views are generally accurate. I am aware that most do not like him very much because of his controversial past, support for the Shah long after the Revolution succeeded, etc. but his recent more sane assessments of America’s national interests are a useful corrective to the menacing militarism of the foreign policy hijacked by Zionist elites, and warmongers.

He understands that politics is about dealing with the circumstances and reality of the times.

I think B’ski is a man who has grown mature and changed with the season as he mellows and ripens with age… unlike Henry Kissinger who froze himself in a liquid nitrogen bath of Zionist cant and dogma and he has grown unflexible and impervious to change. He will not mellow and mature with age… he will simply rot from within a la Ariel Sharon!

Listen to this compelling interview. What struck me most was Brzezinski’s calm, dispassionate analysis of the global strategic dynamics in play, and especially of the Middle East. Horror of horrors (at least to AIPAC and their like), he even mentioned Israel’s nuclear capability and the fact that an Israeli attack on Iran would prompt an Iranian response against the US, for its “complicity” (his word) in any such attack. What was not in evidence was any of the emotionalism so prevalent in these sorts of discussions, just an evaluation from the perspective of US national interests — an evaluation that would send cold shudders down Israeli spines.

What I did not hear was any assessment of what the US should do to forestall an Israeli attack on Iran with all of its attendant consequences. I have not read his new book yet. I recall a remark attributed to him a couple of years ago to the effect that if the Israelis launched such an attack, the US should simply shoot down their planes. Of course, that would cost the US most of its 5th and 6th fleets, thanks to those excellent Dolphin – class submarines Germany has provided Israel, almost certainly armed with nuclear weapons now…Wouldn’t that be a wake-up call for the US?

His assessment of President Obama’s leadership is interesting. It is worth listening to the whole 35 min interview here, Brzezinski is Piloting and dealing honestly with the facts of the situation. He asserts “We have to consolidate and revitalize the west. Americans must place greater emphasis on the more subtle dimensions of national power, such as innovation, education, the balance of force and diplomacy, and the quality of political leadership”

Gordon, thanks for uploading to youtube the most important part of the Interview (7 minutes) before it vanished:

Brzezinski on Iran and Israeli Nukes

Balancing the East, Upgrading the West

The United States’ central challenge over the next several decades is to revitalize itself, while promoting a larger West and buttressing a complex balance in the East that can accommodate China’s rising global status. A successful U.S. effort to enlarge the West, making it the world’s most stable and democratic zone, would seek to combine power with principle. 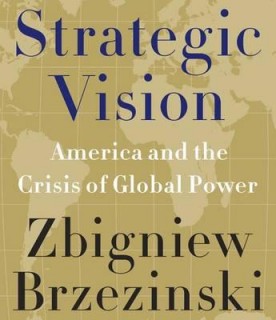 A cooperative larger West — extending from North America and Europe through Eurasia (by eventually embracing Russia and Turkey), all the way to Japan and South Korea — would enhance the appeal of the West’s core principles for other cultures, thus encouraging the gradual emergence of a universal democratic political culture.

At the same time, the United States should continue to engage cooperatively in the economically dynamic but also potentially conflicted East.

If the United States and China can accommodate each other on a broad range of issues, the prospects for stability in Asia will be greatly increased.

To respond effectively in both the western and eastern parts of Eurasia, the world’s central and most critical continent, the United States must play a dual role. It must be the promoter and guarantor of greater and broader unity in the West, and it must be the balancer and conciliator between the major powers in the East. Both roles are essential, and each is needed to reinforce the other.

But to have the credibility and the capacity to pursue both successfully, the United States must show the world that it has the will to renovate itself at home. Americans must place greater emphasis on the more subtle dimensions of national power, such as innovation, education, the balance of force and diplomacy, and the quality of political leadership.

Publish Their Names, the Mysterious Super-Rich Who Only Take