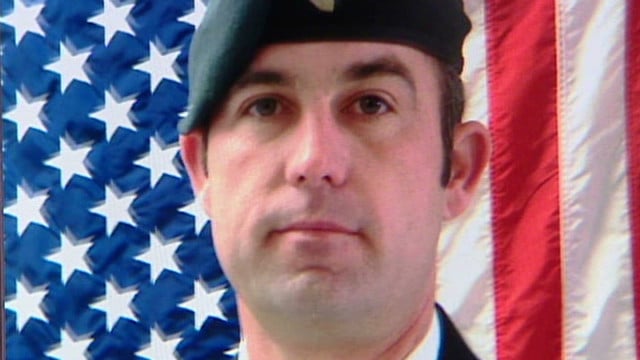 It is with great sorrow that we learned of the terrible tragedy of losing your husband and your daughters on March 5th.

Those of us who have suffered the loss of a loved one, in combat or not, have never gone through something like this. So we are at a loss for words.

We can say we are happy that you survived getting out to make your 911 call. Your living is what they would have wanted, certainly not to have you with them.

We will not tell you we know what you must be going through and how you feel, because we do not. No one can but you.

We have lost so many of our people and in so many ways, one gets numbed to it all…a bit…part of the process of being able to put one foot in front of the other to carry on. But your tragedy, so random, so sudden, so unfair…in the safety of your home…it is the worst of all things.

My mother has buried three soldiers, two husbands and one son.  I watched her go through losing a child, which gives me a peek into what you have been having to bare, but I cannot really imagine. My mind will not let me.

But many of us here have gone through some horrible things and are grateful to have survived even when others did not. That, I can assure you, we can share with you. We own that…as you now own yours. The trick is in carrying their lives on in yours, a task easier said than done, but those of us who go through this…must find the way.

We have a deep bench here, and if there is anything that we can possibly do, just give us a call. You have helping hands and hearts waiting here.

With all of our deepest condolences,

The staff and readers of VeteransToday.com

(CNN) — A decorated U.S. soldier who died while unsuccessfully trying to rescue his daughters from their burning North Carolina home was buried at Arlington National Cemetery on Monday.

Chief Warrant Officer II Edward Duane Cantrell, 36, was a member of the 3rd Special Forces Group at Fort Bragg. The Green Beret had returned in August from his latest overseas deployment.

His wife, Louise, told officials the family was upstairs when the fire broke out just before 2 a.m. March 5 in Hope Mills, a suburb of Fayetteville.

She jumped from a second-floor window and ran next door to call for help while her husband went to get 6-year-old Isabella and 4-year-old Natalia, the Cumberland County Sheriff’s Office said.

“They never made it out,” said Debbie Tanna, spokeswoman for the Sheriff’s Office.

Officials believe the family’s century-old home had tinderbox conditions that led to “a very intense fire.”

Military officials said the Fort Bragg soldier had completed six deployments, including one to Iraq and five to Afghanistan.

He had four Bronze Stars and a Purple Heart for his service, according to the Army Special Operations Command.

Cantrell was honored with a military funeral at the cemetery in Arlington, Virginia.