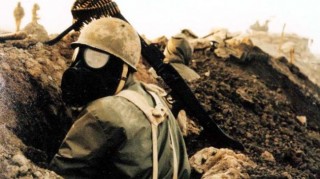 The fatwa issued by the Leader of the Islamic Revolution Ayatollah Seyyed Ali Khamenei forbidding the production, proliferation and use of nuclear bombs is to be considered a political milestone in Iranian history and one which can salvage the Islamic nation from the spate of external threats and plots.

Fatwa is a religious decree issued by a Muslim leader against a specific issue and it is incumbent upon all Muslims to abide by it. However, in this particular case, the issuance of the fatwa has not only religious but political force as well as the leader in the Islamic Republic is the prime decision-maker.

The recent P5+1 talks, which the US officials hailed as “a step forward” and EU foreign policy chief Catherine Ashton described as “constructive and useful”, were held in an ambience filled with optimism this fatwa inspired. Although the ten-hour talks between Iran and the six world powers apparently bore no tangible fruits, the two sides ended the talks with an air of sanguinity in a feel-good atmosphere. Further to that, the two sides seemed resolute to put an end to the long-standing dispute so stubbornly dragged on for years by the West.

Some Iranian officials have expressed hope and optimism the next round of talks slated to be held in Baghdad on May 23 will come to fruition.

Iran’s Foreign Ministry Spokesman Ramin Mehmanparast told reporters in Zagreb, Croatia, on Wednesday, “We are optimistic about the future of negotiations and want the other sides to put their words into action.”

Be it as it may, there is no point in believing that Iran is seeking to produce nuclear weapons as there is no evidence whatsoever pointing to this notion. Besides, modern history has proved that Iran has never been an aggressor; rather it has become a victim of aggression. During the Iran-Iraq war in 1983, the Iraqis used mustard gas, and in March 1984, they used tabun, a nerve agent used for the first time in war. The corrupt regime of Saddam Hussein continued to use chemical weapons until the end of war in August 1988 in violation of the 1925 Geneva Protocol on the use of chemical weapons. They also used the nerve agent sarin.

In March 1986, the then UN Secretary General Javier Perez de Cuellar formally announced that Iraq had used chemical weapons against Iran on the strength of the report of four chemical warfare experts sent to Iran in February and March 1986 by the UN. The report concluded that “Iraqi forces have used chemical warfare against Iranian forces”; the weapons used included both mustard gas and nerve gas. The report further stated that “the use of chemical weapons appear[ed] to be more extensive [in 1981] than in 1984.” However, the regime of Saddam Hussein made pointlessly egregious efforts to deny the report; yet, the influx of badly wounded chemical victims from Iran to Europe for receiving medical treatment was not something the Iraqi regime could easily deny.

In 1984 Iraq became the first country to use a nerve agent on the battlefield. Around 5,500 Iranians died as a result of the nerve agent between March 1984 and March 1985. Tabun kills within minutes. Also, over 16,000 Iranians were killed by the toxic blister agent mustard gas between August 1983 and February 1986.

In spite of all these inhumane atrocities perpetrated by a US-backed coup regime, the Islamic Republic never did the same to retaliate.

Painful as it is, the US government threw all its intelligence, financial and military support behind a regime it knew thrived on evil and havoc. In 1982, the US government started supplying the regime with dual-use vehicles such as heavy trucks, armored ambulances as well as materials for producing chemical weapons.

The then US President Ronald Reagan announced that the US “could not afford to allow Iraq to lose the war to Iran”, and that it “would do whatever was necessary to prevent Iraq from losing the war with Iran.” Then CIA Director William Casey personally spearheaded the effort “to ensure that Iraq had sufficient military weapons, ammunition and vehicles to avoid losing the Iran-Iraq war. Pursuant to the secret NSDD, the United States actively supported the Iraqi war effort by supplying the Iraqis with billions of dollars of credits, by providing US military intelligence and advice to the Iraqis, and by closely monitoring third country arms sales to Iraq to make sure that Iraq had the military weaponry required. The United States also provided strategic operational advice to the Iraqis to better use their assets in combat. For example, in 1986, President Reagan sent a secret message to Saddam Hussein telling him that Iraq should step up its air war and bombing of Iran. This message was delivered by Vice President George H. W. Bush who communicated it to Egyptian President Mubarak, who in turn passed the message to Saddam Hussein. Similar strategic operational military advice was passed to Saddam Hussein through various meetings with European and Middle Eastern heads of state” (quoted from the sworn court declaration of former NSC official Howard Teicher, dated 1/31/95, regarding ‘Iraqgate).

Under the encouragement and direction of the US government, how many bombs fell on the Iranian cities while people were sleeping? How many youths lost their lives in a war that dragged on for eight years? How many women were widowed? How many children were orphaned? Is there no remission to this political insanity?

The US government is morally and financially indebted to Iran. What seems to be the right course of action to be taken by the US government is that Washington should make it clearly known to Iran that it entertains good intentions about the Iranian nation and that it is resolute to compensate for the agony and havoc it has wrought upon Iran. In other words, it is Washington which should take first steps to dispel ambiguities as to its intentions.

There seems to be little hope the upcoming talks will bear splendid fruits unless the US dismounts its mule of obstinacy, puts an end to its animosity towards the Islamic Republic, forsakes its morbid cynicism and acknowledges that Iran is not pursuing a nuclear weapons program.

The fatwa of the Leader of the Islamic Revolution can well serve as a beacon of light for Washington in order to find its way out of darkness and ignorance.