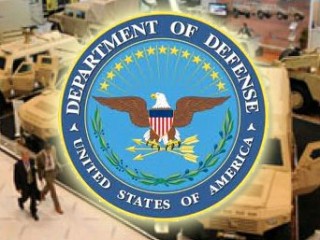 AMEC Environment & Infrastructure, Inc., San Diego, Calif. (N62473-12-D-2003); ECC Insight, L.L.C., Burlingame, Calif. (N62473-12-D-2004); Shaw Environmental & Infrastructure, Inc., San Diego, Calif. (N62473-12-D-2005); and Tetra Tech EC, Inc., San Diego, Calif. (N62473-12-D-2006) are each being awarded a firm-fixed-price, indefinite-delivery/indefinite-quantity multiple award contract for environmental remediation services at various Navy, Marine Corps, and other Department of Defense installations within the Naval Facilities Engineering Command (NAVFAC) Southwest, NAVFAC Atlantic, and NAVFAC Pacific areas of responsibilities that include the United States trust territories of Puerto Rico and Guam.  The maximum dollar value, including the base period and four option years, for all four contracts combined is $200,000,000.  No task orders are being issued at this time.  Work will be performed in California (80 percent), Arizona (6 percent), Colorado (3 percent), Nevada (4 percent), New Mexico (3 percent), Utah (2 percent), Puerto Rico (1 percent), and Guam (1 percent).  The term of the contract is not to exceed 60 months, with an expected completion date of April 2017.  Contract funds in the amount of $20,000 are obligated on this award and will expire at the end of the current fiscal year.  This contract was competitively procured via the Navy Electronic Commerce Online website with 13 proposals received.  These four contractors may compete for task orders under the terms and conditions of the awarded contract.  The Naval Facilities Engineering Command, Southwest, San Diego, Calif., is the contracting activity.

DRS Technical Services, Inc., Herndon, Va., is being awarded a estimated $92,000,000 indefinite-delivery/indefinite-quantity, firm-fixed-price contract for systems engineering, analysis, design development, acquisition, integration, installation, testing, maintenance, and integrated logistic support for satellite and communication systems to adequately support the requirements of the Department of Defense and other United States government sponsors for continued morale, welfare and recreation internet cafe support.  The contract includes options, which, if exercised, would bring the cumulative value of this contract to an estimated $269,000,000.  Work will be performed in Iraq (40 percent); Afghanistan (40 percent); and Stuttgart, Germany (20 percent).  Work is expected to be completed by April 2015.  Contract funds in the amount of $100,000 will expire at the end of the current fiscal year.  The contract was competitively procured via the Federal Business Opportunities website and the Space and Naval Warfare Systems Command E-commerce website, with an unlimited number of proposals solicited and four offers received.  The Space and Naval Warfare Systems Center Atlantic, Charleston, S.C., is the contracting activity (N65236-12-D-4112).

Powertek Corp., Rockville, Md., is being awarded a $14,747,594 firm-fixed-price contract (HQ0034-11-D-0001) to provide information technology operations front office support for Office of the Secretary of Defense, Washington Headquarters Services (WHS), WHS supported organizations, and Pentagon Force Protection Agency.  Work will be performed in the National Capital Region.  The primary performance locations include the Pentagon, Mark Center, and Crystal City, with an estimated completion date of March 31, 2017.  WHS is the contracting activity.

PerkinElmer Genetics, Inc., Bridgeville, Pa., was issued a modification exercising the first option year on contract SPM2DE-11-D-7229/P0004.  The award is a firm-fixed-price, indefinite-delivery/indefinite-quantity performance-based contract with an economic price adjustment.  The contract is a maximum $9,700,000 for newborn screening services.  There are no other locations of performance.  Using services are Army, Navy, Air Force, and Marine Corps.  There were three responses to the Web proposal.  Type of appropriation is fiscal 2012 and 2013 Defense Working Capital Funds.  The date of performance completion is May 6, 2013.  The Defense Logistics Agency Troop Support, Philadelphia, Pa., is the contracting activity.

Direct Energy Business, L.L.C., Pittsburgh, Pa., was issued a firm-fixed-price contract with a maximum $9,149,619 for electricity.  Using services are Army, Air Force and federal civilian agencies.  There were 88 proposals with seven responses.  Type of appropriation is fiscal 2012 through 2014 Service Funds.  The date of performance completion is May 31, 2014.  The Defense Logistics Agency Energy, Fort Belvoir, Va., is the contracting activity (SPE600-12-D-8000).

The Boeing Co., Engineering, Operations & Technology, St. Louis, Mo., is being awarded a $9,176,292 cost-plus-fixed-fee contract to create experimental serious games to train participants and measure their proficiency in recognizing and mitigating the cognitive biases that commonly affect all types of intelligence analysis.  The location of the performance is St. Louis, Mo.  Work is to be completed by Dec. 19, 2015.  AFRL/PKDB, Wright-Patterson Air Force Base, Ohio, is the contracting activity (FA8650-12-C-7234).