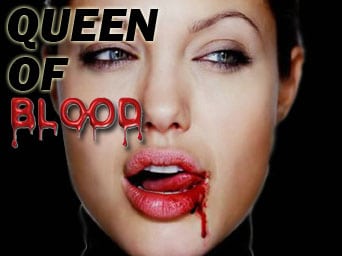 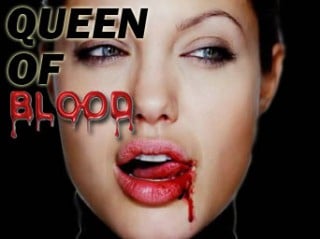 Angelina Jolie’s film “In the Land of Blood and Honey” has already  flopped in Serbia – the film’s premiere attracted just 13 people.

Jolie’s work has invoked severe criticism of Serbian public, because  they considered that film as a biased, which reflects Muslims’ viewpoint  on the war.

In Moscow, on the 31st of March, 2012, the film’s demonstration was interrupted by the Russian patriotic organization “Russky Obraz”, the members of which burst into  the showing room, unrolled a transparent reading “Killed Serbs? No, we  didn’t hear about it” with Angelina Jolie’s face depicted with blood at  her mouth. 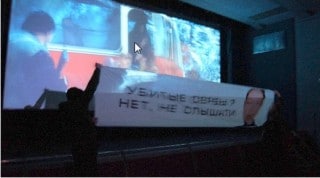 Two activists chanted slogans “Stop lies!”, “Serbs are  brothers!” and “Bosnia is Serbian land!”. Meanwhile another activists  distributed leaflets with a detailed information about was happen in  Bosnia and why Jolie’s film is a racist attack on the Serbian people.

In the leaflets there was a list of concentration camps where Serbs  were kept, such as Silos and Celebici camps, camps in Livno,  Tomislavgrad, Bugojno, Obasje, Odzak, Ilidze, Zenica… It was reminded  that Muslim mercenaries – mujahideen – who fought on the side of Bosnian  Muslims’ government, treated Serbian civilians with a particular  cruelty, beheading and burning them.

It was also pointed ou that such  Muslim criminals like Naser Oric and Atif Dudakovic were not punished  and now are enjoying good political career and financial welfare.