Home Veterans For Israel, Punishing Palestinians is Not Enough 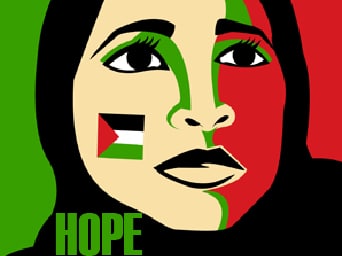 An ongoing hunger strike by nearly 2,000 Palestinian inmates stands as a reminder of their humanity, but Israelis are more interested in revenge. 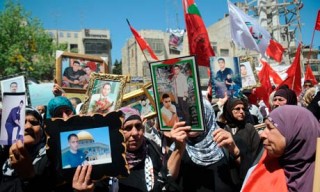 Our people are passing through a very critical period as they watch their young  men , hostages in Israeli jails on the brink of death as they brandish the only weapon of reisistance and assertion of their humanity, within their means—their hunger and, consequently, their lives!!Some have been on a hunger strike for 65 days and their health is deteriorating fast, as expected.

Today we were greatly concerned as we listen to the hair raising tales of mothers and families of prisoners.

They urged us to stand by them  and to rescue their sons from certain death. What a horrible feeling it must be, for a mother, who had erstwhile given every moment of  her life  to bring up her child, to watch him die slowly without being able to do a thing about it!!  Yet those mothers  carry their pain with great dignity and patience, while Israel, instead of responding to their human and  legitimate demands,  is bent on breaking the will of these valiant men by ignoring their plight and  aggravating the inhuman measures against them..

We appeal to you , dear friends ,  to heed our call and and raise your voices in protest.
Please use  all means within your  reach  to put an end to  Israeli grievous violations  against the rights of our prisoners and against international law and conventions. This can be done by putting pressure on your own governments who have been shamelessly  oblivious of Palestinian suffering and Palestinian rights as they have been supporting Israel unconditionally and under all circumstances .
Rima

( Rima Tarazi a great activist. She manages the Palestinian symphony orchestra created in memory of a great Palestinian Prof. who passed away because of Leukemia, She can be reached at: [email protected]) 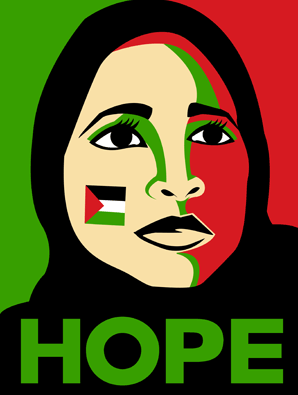 In faraway, frozen Finland – otherwise known as the infirmary of Ramle Prison – the lives of four detainees who have been on a hunger strike for at least 60 days hang in the balance. Nearly 2,000 inmates in the Nafha, Ashkelon, Gilboa and other prisons around Israel have been on hunger strike for two weeks. The very fact of their decision to refuse food and their willingness to risk being punished by the authorities stands as a reminder of their humanity.The Israel Prison Service does not have to make much of an effort to conceal this mass action from Israeli eyes.The great majority of Israelis label all incarcerated Palestinians as conscienceless murderers or common terrorists, at the least.

They have little interest in acts of personal or collective courage on the part of Palestinian detainees that serve as reminders that they are human beings.

Administrative detainees have been held without trial for years under emergency regulations inspired by the British Mandate.

It’s not important. Hundreds of prisoners from the Gaza Strip haven’t seen their families for six or more years. Why should anyone care?

When Gilad Shalit was in captivity in Gaza, the cancelation of visits for Gazan prisoners in Israel was presented as “proportionate pressure.” After his release, Israelis don’t care that this sort of proportionality goes on, and that family visits were not restored. So what? Why should we care that Palestinians are kept in isolation for years on end and barred from seeing their families for three, five or 10 years?

Any normal prison administration would welcome prisoners’ demand to go back to studying through the Open University. Studies reduce stress and tension levels in prison. But the name of the game here is submission.

Palestinian prisoners are given names and faces in the Israeli news media only if they can demonstrate their “contemptibility.” Their names and faces are not mentioned in the context of their personal, family and national history for more than 60 years: expulsion, exile, destruction of their homes, the injury and killing of friends and family members by Israeli soldiers, or trifles such as beatings by soldiers or expropriation of their land by government officials.

History – praise be to Clio, the Greek muse of history – is no longer written only by the victors. But the conquerors still decide who is the hero, who is the soldier who acts as the judge and who is the defendant who is declared a terrorist even before he is convicted. The Palestinians are not recognized as prisoners of war whose weapons are less advanced, less sophisticated than those of their jailers.

Israelis are not satisfied with the various measures to worsen their prison conditions. When it comes to Palestinians, punishment is not enough. Prison must also be never-ending revenge that extends what Israel tries to do outside its walls as well: to break up the collective, to weaken the individual, to deter others from resistance to the foreign regime.

The hunger strike is, in effect, a protest against these goals. Not all of the Palestinian prisoners have joined it. In prison, as outside of it, Palestinian political and social cohesion has declined, and many of the inmates lack the cultural and social awareness of their predecessors. Nevertheless, the hunger strike underlines the fundamentally political nature of the collective of Palestinians incarcerated in Israel.