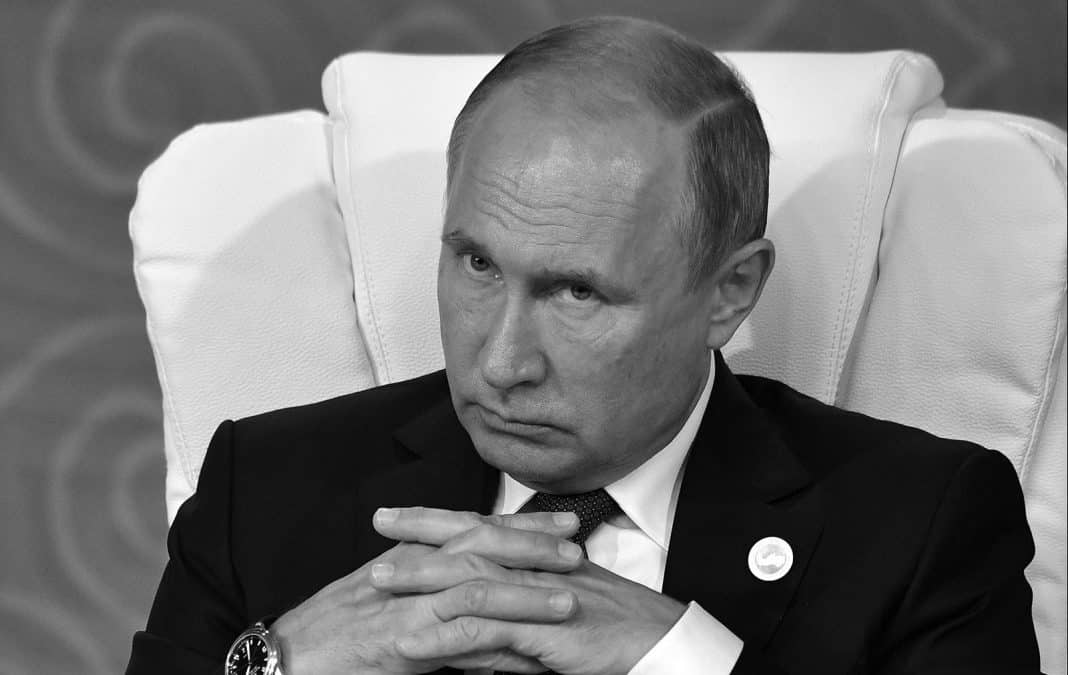 One more time I want to emphasize: We consider that one-sided support of a declaration of independence of Kosovo – IS IMMORAL AND ILLEGAL!!! Are you not ashamed in Europe of the double standards you are applying to settle problems in different regions of the World?

We have Abkhazia, South Ossetia, Transdniestria, which are like independent states.

We are always told – Kosovo is a special case. It is a lie, it is not a special case at all ! And everyone understands that perfectly well. It is all the same, an ethnic conflict, violation from both sides, and de-facto total independence. We should work out a unique principle of solution of all these issues. We propose to our partners to do universal rules of conduct. Why encourage separatism?

In Spain, people do not want to live in one state. Come on, support them there.

Novak Djokovic: “This is one of the worst moments in history of Serbia“

Great Britain, for 400 Years does not allow the territorial integrity of Northern Ireland. And what? Why not support the Northern Ireland. The same principals should exist for all. If we acted on, so called, political suitability, serving the political interests of specific states, we will destroy international law and general order. And, the arms race is increasing only because the small sates do not feel safe now.

International law does not protect the interests of small states. And of course, they are forced to ensure their safety, so they are equipped with modern weapons. If the international order was tough, stable, there would be no so much fear.

“At any minor development, it reaches for sanctions, if not armed force. Let me remind you that we are not in the 19th century, or even the 20th century now,” he said.”

Putin stressed that Russia will establish its own interests and goals, rather than follow the decisions imposed by somebody else. As for the goals of its foreign policy, they are strategic rather than short-term.

“We will certainly continue our active and constructive efforts to strengthen global security, to avoid confrontation and effectively neutralize such challenges as nuclear proliferation, regional conflicts and crises, terrorism and drugs,” Putin said. “We will do all we can to help Russia obtain the latest technological advances and help our businesses achieve a decent position on the global market.”

According to Putin, Russia’s position regarding the emerging new world order is based on new geopolitical realities and the idea that any unnecessary turmoil must be avoided.

Vladimir Putin stressed that international stability is impossible to imagine without indivisible security for all nations, unconditional compliance with the fundamental principles of international law or when disproportionate force is used.

“That do not follow the logic of modern development and are based on the stereotypes of bloc mentality,” he said. “Everybody knows what I am alluding to. It is NATO’s expansion, including the deployment of new military infrastructure and the bloc’s (US-sponsored) plans to set up a missile defense system in Europe…in the immediate proximity to Russia’s borders.”

He also explained that human rights, though being paramount, should not be used as a pretext to undermine national sovereignty.

“The protection of human rights, however, becomes mere demagoguery when it is used as an excuse for a presumptuous violation of national sovereignty and if human rights are protected by foreign forces and selectively, , and if, while “protecting” those rights, they violate the rights of many other people, including the most fundamental and sacred right, the right to life,” Putin explained.

Here, Putin rebuked NATO and its taste for the “export of missile-based democracy”. He said that nobody had the right to hijack the prerogatives and powers of the United Nations, particularly when it comes to the use of force against sovereign nations.

“It seems that NATO countries, and especially the United States, have developed a peculiar understanding of security which is fundamentally different from our view,” Putin said. “The Americans are obsessed with the idea of securing absolute invulnerability for themselves, which, incidentally, is a utopia, for both technological and geopolitical reasons.”

“Russia is an inalienable and organic part of Greater Europe and European civilization,” said the Russian PM. “That is why Russia proposes moving toward the creation of a common economic and human space from the Atlantic to the Pacific Ocean a community referred by Russian experts to as ‘the Union of Europe’.”

Speaking of the European economic crisis, Vladimir Putin said that it also affected Russia’s interests, and pledged that Moscow would do its best to help.

“The crisis that has struck the eurozone cannot but affect Russia’s interests, especially if one considers that the EU is our major foreign economic and trade partner,” he said. “Likewise, it is clear that the prospects of the entire global economic structure depend heavily on the state of affairs in Europe.”

Vladimir Putin stated that Russia needs a strong EU. “It is in our interests to realize the enormous potential of the Russia-EU partnership,” he said.

However, he continued, genuine partnership between Russia and the European Union is impossible as long as there are barriers that impede human and economic contacts, such as the various measures aimed at “squeezing out” Russian companies, as well as visa requirements.

Prime Minister Putin points out that a lot has been done in recent years to develop Russian-American relations. However, it is not a secret that they are far from being stable, he says.

“The instability of the partnership with America is due in part to the tenacity of some well-known stereotypes and phobias,” Putin explains. “But the main problem is that bilateral political dialogue and cooperation do not rest on a solid economic foundation.”

In conclusion, Russia’s prime minister Putin promised that Moscow “intends to continue promoting its security and protecting its national interest by actively and constructively engaging in global politics and in efforts to solve global and regional problems.”

“We are ready for mutually beneficial cooperation and open dialogue with all our foreign partners. We aim to understand and take into account the interests of our partners, and we ask that our own interests be respected,” he concluded.

„Good day to Serbia and to everyone who is with us today. This is one of the worst moments in history of Serbia and that’s I want to say thanks to everybody that came today to support this protest, to send the message to the World – that we are not tiny, that we are united, and that we are ready to defend what is ours. I deeply regret that physically I am not with you today, but I want everybody to know that my family and myself are, with all our hearts, always with Kosovo. The whole situation is really hard for me, because we all know that history of Serbia was written in Kosovo.

KOSOVO IS SERBIA, THAT’S THE WAY IT ALWAYS SHOULD BE!“

German KFOR was coldly murdered two Serbian civilians in front of camera: Sublieuenant David Ferk will be remembered as first German soldier who shoot and killed, after 9th may 1945…

In 24 years at Marshall, Gaters has won 90 percent of her games. She has a record seven state championships and has won 20 city championships in the last 22 years.

After coaching her team to a 31-1 record and a state championship this year, she was named national coach of the year by the Women’s Basketball Coaches Association.

“I’m very happy about winning the award,” Gaters tells JET, “because it gives national recognition to our program and the things that we are trying to accomplish.” Gaters, a nice lady and tough coach who teaches physical education, attributes her success to her players, not her game plan. marshallhighschoolnow.net marshall high school

“I don’t think any coach can be successful without good athletes,” she says. “And also it’s the willingness of the athletes to buy into what you are trying to get them to achieve.” And with all of her accomplishments, her goals as a coach reach far beyond the win/loss column.

“My goals were never in winning `X’ amount of games. It was to have a good product on the floor and for them to work and achieve their potential.” Gaters says she has not changed much in her approach to coaching, although youngsters have changed over the years. In most cases she tries to treat each player based on her personality. But she insists that they follow her hard-and-fast rule regarding citizenship. Her players must be aware, she says, that their actions on and off the court have a direct reflection on the team and the coach.

In addition to having better basketball skills, Gaters says that she hopes her players leave her program and become better people.

“I hope they turn out to be well-rounded adults and adjust to life beyond high school and go on to college and be an asset to families and communities.”