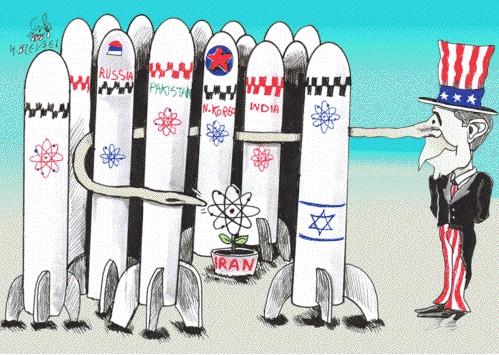 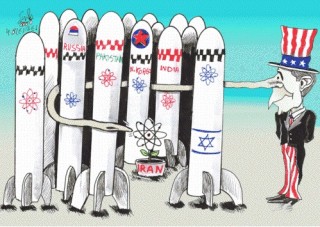 Editor’s note:  This archival translation is the only one in existence and should be saved any way possible.  Recently, critical information has been scoured from the internet by illegal means, servers with information deemed “inflamatory” or released classified documents have been purged through use of sophisticated hacking programs.  Violators are many, the US, Russia, China, Israel and Britain are among the leaders.  This is one such document we are restoring and hope to defend.

The Special Control Service (SCS, direct English transliteration – SSK) is an autonomous intelligence organization within the main structure of the 12 Chief Directorate of the Defense Ministry of the USSR. It is also known as a “v/ch 46179”, or “the Special Control Service of the Defense Ministry”, (in Russian: “Служба Специального Контроля Министерства Обороны” or, shortly, “Служба Спец. Контроля МО”, or “CCK” – in English transliteration – “SSK”, or by its coded name: “в/ч 46179” – which literary means “military unit 46179”). Sometimes it is also referred to as “atomic intelligence” or “nuclear intelligence” of the Russian (ex Soviet) Ministry of Defense.

The Special Control Service is tasked with gathering intelligence on nuclear weapons and particularly on nuclear testing of various adversaries of the former USSR by all means – ranging from six technical control methods to analyzing radio-intercepts and periodicals. For later reason there is quite a big number of military interpreters of various languages (mainly English, Chinese, and French) employed by this Service. Technical methods of detection of nuclear explosions are these: seismic-, aerosol-, ionospheric-, spectrographic-, infra-sound-, hydro-acoustic-, and magneto-telluric-.

The Special Control Service has its own network of military units, named “detection laboratories”, each headed by a Colonel, which are situated in many spots inside and outside of the Soviet Union and are all linked to the Service headquarters and to its computation centres by its own secure communication network which is totally independent from the communication network of the 12 Chief Directorate itself; this communication network also links the SSK headquarters directly to the Supreme Command headquarters, to the General Staff, to the Minister of Defence, to the GRU, to the 12 Chief Directorate Command Posts, to the Chemical Forces Command, and to Commands of all main branches of the Armed Forces. In the Soviet times the chief of the Special Control Service had a duty to report detected nuclear explosions directly to the highest political leadership of the state – the then Soviet Politburo. Currently a similar arrangement is made to report them directly to the Russian President. Commanding and operation officers of the SSK – either in their direct capacity, or in disguise – are often included into various groups, commissions, etc. representing Russia abroad when it comes to nuclear weapons/nuclear explosions control and other related matters.

Locations of detection laboratories are carefully selected: normally all of them are situated on such spots of the Earth surface where it is easy to detect seismic signals coming from various parts of the worlds (calculations as to exact locations of such spots are based on the actual structure of the Earth’s lithosphere). The Special Control Service is especially effective when detecting underground nuclear explosions by seismic methods – it is capable of discriminating seismic signals of underground nuclear explosions as small as only a fraction of kiloton in TNT yield. For example, the SSK specialists managed to detect a nuclear explosion of only 0.1 kiloton (100 ton of TNT) under the 4th reactor of the Chernobyl Nuclear Power Plant only a second before an explosion of this reactor in 1986, known as the “Chernobyl disaster”, to make necessary analyses, and so to establish that it was not actually an “accident”, but a meticulously planned act of sabotage where a 0.1 kiloton Special Atomic Demolition Munition (SADM) was used (but since this scandalous finding was contradictory to an officially approved interpretation of events, it was restricted and shelved forever). The SSK also boasts to be first and the only services to successfully detect the 2006 North Korean nuclear test, which claims to be less than 5 kiloton in TNT yield.

The following apparatuses are used for nuclear explosions detection:

The Special Control Service was officially created as such only on 13 May 1958, but even before that date this Service existed in various forms. First it was created as the “Detachment of Special Observation” of the 2nd Department of the GRU. Then it was elevated in status and re-created as the “Department of Special Observation” of the 6th Directorate of the GRU. Then, in 1957, together with the entire 6th Directorate, it was detached from the GRU subordinated directly to the Defense Ministry where it was re-named into “Service of Special Observation of the Ministry of Defense”. Finally, on 13 of May, 1958 it was re-named into a Special Control Service, its current name. Due to some reshuffling of the Soviet Armed Forces was re and re-subordinated first to the Directorate of the Commander of the Chemical Forces (the then analogue of a standard ABC service in the Soviet Army), and then again – re-subordinated to the 12 Chief Directorate of the Defense Ministry.

Unlike servicemen of the 12 Chief Directorate who wear either gunnery uniforms or some other uniform, unrelated to their main duties for security reasons, all officers of the SSK wore only one kind of military uniform – an aviation one (although a few of them could be seen wearing black uniforms of naval aviation). This tradition of wearing aviation uniforms has survived in this Service from its beginning – first it was airplane-based flying laboratories used to collect various data from atmospheric atomic explosions of the 40s and 50s and since those times the Special Control Service had something to do with being airborne. The SSK main headquarters is located on 10, Matrosskaya Tishina st., Moscow – within the same compound with headquarters of the military transportation aviation (its former carrier) and that of the Russian Airborne Troops (known in Russian as “VTA” and “VDV” correspondingly). In 1992 (at the moment of the USSR dissolution) the SSK was comprised of 11 separate and 3 radio-seismic laboratories, 4 automated and 3 automatic stations, 5 autonomous seismic posts and 10 remote groups. Besides, it was used various control airborne and seaborne facilities, as well as space-based facilities. 4 laboratories created in 1954. In Russian Federation – 18 laboratories.

Position of the chief of the Special Control Service supposed to be occupied by an officer holding a rank of Lieutenant-General, with one Major-General as his First Deputy and with one more Major-General as the Chief of the SSK’s main scientific research institute; the rest of the SSK commanding officers are Colonels. Altogether the Special Control Service has over 2 thousand commissioned officers and roughly 6 thousand of non-commissioned officers, soldiers, and civilians (not counting over 1.000 commissioned officers of scientific profiles working in its research institute).

The main-profile SSK’s commissioned officers are officially named “military engineers – radio-geo-physics” – supplied by a special “nuclear detection” faculty of the military college in Serpukhov and by a special faculty of the Dzerjinski Military Academy. Military interpreters are supplied by Moscow Military Institute of Foreign Languages, sometimes – by civilian Universities and Institutes. Non-essential specialists (those commissioned and non-commissioned officers and soldiers who perform general tasks, unrelated to the main profile – such as computer specialists, communication engineers, cryptographers, administrative officers, etc.) could be supplied by other military colleges and academies. At Soviet times only members of Communist Party of the Soviet Union could be appointed to serve in the 12th GU MO or in any of its subordinated units, including its Special Control Service (even young conscripts who served there only two years without actually knowing anything at all about nuclear weapons profile of their military units must obtain special security clearance and must necessarily be members of the Communist Union of Youth, aka “Komsomol”).

Structure of the Special Control Service

The Special Control Service consists of its Headquarters and remote Laboratories:

Mr. Dimitri A. Khalezov, a former Soviet citizen, a former commissioned officer of the so-called “military unit 46179”, otherwise known as “the Special Control Service” of the 12th Chief Directorate of the Defense Ministry of the USSR. The Special Control Service, also known as the Soviet atomic (later “nuclear”) intelligence was a secret military unit responsible for detecting nuclear explosions (including underground nuclear tests) of various adversaries of the former USSR as well as responsible for controlling of observance of various international treaties related to nuclear testing and to peaceful nuclear explosions. After September the 11th Khalezov undertook some extensive 9/11 research and proved that the Twin Towers of World Trade Center, as well as its building 7, were demolished by three underground thermo-nuclear explosions – which earned the very name “ground zero” to the demolition site. Moreover, he testifies that he knew about the in-built so-called “emergency nuclear demolitions scheme” of the Twin Towers as long ago as back in the ‘80s – while being a serviceman in the Soviet Special Control Service.