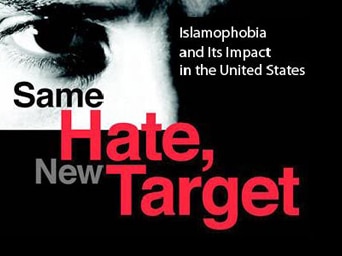 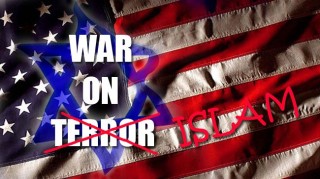 In an organized act of brutality, a number of US soldiers went on a house-to-house shooting spree in Zangabad village, Kandahar in March and massacred 16 people including nine children while they were sleeping and all Washington had to say were a few words of condolence and apology nonchalantly strung together in order to appease the overwhelming public rage in Afghanistan. Western media however reduced the number of the killers to one.

The bodies were reportedly wrapped in blankets and were set on fire.

US President Barack Obama said he was deeply saddened, “I offer my condolences to the families and loved ones of those who lost their lives, and to the people of Afghanistan, who have endured too much violence and suffering. This incident … does not represent the exceptional character of our military and the respect that the United States has for the people of Afghanistan.”

As contradictory as these words seem, the very ‘exceptional character’ of the US military had earlier urged them to burn copies of the Holy Quran, an incident which saddened the hearts of Muslims all across the world.

These and earlier incidents are not coincidental and well attest to a prevailing mindset in the US military and a dominant policy in Washington. It is clear that the US government has commenced a large-scale campaign against Islam with the express intention of debilitating the Muslim community.

In fact, the war on Islam started in 2001 when the then US president George Bush made a crass reference to his so-called war on terror as ‘crusade’. He warned Americans that “this crusade, this war on terrorism, is going to take awhile.” Bush’s politically untoward remark rang alarm bells in Europe and the Muslim world although it went barely noticed in the American community who took the word for its sound rather than for its meaning.

Gradually, Washington instilled a sensation of anti-Islamism in America and Europe by attributing the nine-eleven tragedy and ensuing terrorist operations to the Muslims. Soheib Bensheikh, Grand Mufti of the mosque in Marseille, France said Bush’s use of the word ‘crusade’ was most unfortunate and that “It recalled the barbarous and unjust military operations against the Muslim world” by Christian knights.

A delusional man who was overwhelmed with the idea of a messianic mission, George Bush wittingly or unwittingly dragged the world to the margins where a clash of civilizations was imminent.

The legacy of hatred which was started by George Bush was later continued in the form of classes and organized trainings.

In line with this Islamophobic policy funded by Washington and the powerful Zionist groups in the country, the US military has long been involved in fomenting anger and hatred against the Muslims by teaching its future leaders that a “total war” against the Muslims would be necessary to protect America.

According to hundreds of pages of course material and reference documents obtained by Danger Room (wired.com), the US military held a course at the Defense Department’s Joint Forces Staff College and taught the students that they had to use a Hiroshima-style in Muslim counties and target the “civilian population wherever necessary.”

The officer in charge of the hate lessons was Army Lt. Col. Matthew A. Dooley who still maintains his position at the Norfolk, Virginia College. Sadly, those who sat in his classes are now in the top positions in the US military.

The course ‘Perspectives on Islam and Islamic Radicalism’ was offered five times a year for groups of 20 at a time, the course may have been taught to as many as 800 mid-level and senior US military officers.

In a July presentation, Dooly said, “We have now come to understand that there is no such thing as ‘moderate Islam. It is therefore time for the United States to make our true intentions clear. This barbaric ideology will no longer be tolerated. Islam must change or we will facilitate its self-destruction.”

In his ugly lessons, he taught that “International laws protecting civilians in wartime are no longer relevant,” and that mainstream Muslims are dangerous, because they’re violent by nature. He also called for a Hiroshima-style destruction of the holy cities of Mecca and Medina.

Those who sat in his classes and patiently listened to his mad remarks are the ones who are now serving in Afghanistan and teaching the same hate lessons to their subordinates and even encouraging them to wipe out the Muslim community.

The atrocities perpetrated by the US military in the Muslim countries over the past 11 years or so are closely associated with and inspired by these appalling teachings.

Washington and the Zionist groups have long been making relentless efforts to depict Islam and the Muslims in dark shadows. An in-depth investigation into Islamophobia ‘Dubbed as Fear, Inc. The Roots of the Islamophobia Network in America’ was carried out by the Center for American Progress in the United States. The report sheds light on the collective efforts of the Zionist groups funded by the United States in pedaling a hatred for and a fear of Islam in the form of books, reports, websites, blogs, and carefully crafted talking points. According to the report, these wealthy donors and foundations also provide direct funding to anti-Islam grassroots groups.

After all, Islamophobia is nothing new. Despite its rising upsurge in recent years, there have been efforts in the past to promote this pernicious trend.

Years ago, prominent Orientalist Edward Said warned of these calculated efforts in the West, arguing that the essentializing nature of the Orientalist enterprise has resulted today in misguided, inaccurate depictions of Islamic cultures: “Most of the pictures represent mass rage and misery, or irrational (hence hopelessly eccentric) gestures. Lurking behind all of these images is the menace of jihad. Consequence: a fear that the Muslims will take over the world.”

Islamophobia is a form of political colonialism; an ideological war against Islam and the Muslims. It is a pernicious practice used by Washington and its allies to justify their lust for Muslim blood, give validity to their military expeditions in Muslim countries and seize hold of their numerous resources.