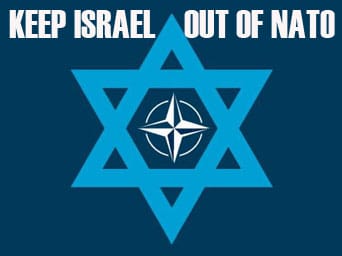 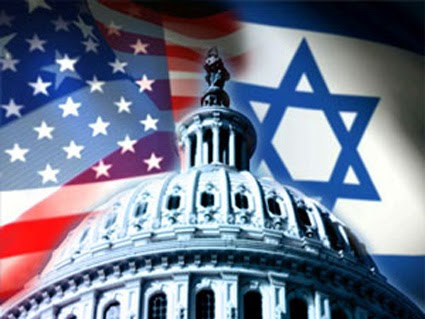 The House bill basically provides Israel with a blank check drawn on the U.S. taxpayer to maintain its “qualitative military edge” over all of its neighbors combined.

Go to Google and type in “H.R. 4133.” You will discover that, apart from a handful of blogs and alternative news sites, not a single mainstream medium has reported the story of a congressional bill that might well have major impact on the conduct of United States foreign policy.

H.R. 4133, the United States-Israel Enhanced Security Cooperation Act of 2012, was introduced into the House of Representatives of the 112th Congress on March 5 “to express the sense of Congress regarding the United States-Israel strategic relationship, to direct the president to submit to Congress reports on United States actions to enhance this relationship and to assist in the defense of Israel, and for other purposes.” The American Israel Public Affairs Committee (AIPAC) reportedly helped draft the bill, and its co-sponsors include Republicans Eric Cantor and Ileana Ros-Lehtinen and Democrats Howard Berman and Steny Hoyer. Hoyer is the Democratic whip in the House of Representatives, where Cantor is majority leader. Ros-Lehtinen heads the Foreign Affairs Committee.

The House bill basically provides Israel with a blank check drawn on the U.S. taxpayer to maintain its “qualitative military edge” over all of its neighbors combined. It requires the White House to prepare an annual report on how that superiority is being maintained. The resolution passed on May 9 by a vote of 411–2 on a “suspension of the rules,” which is intended for non-controversial legislation requiring little debate and a quick vote.

A number of congressmen spoke on the bill, affirming their undying dedication to the cause of Israel. Rep. Ron Paul of Texas was the only one who spoke out against it, describing it as “one-sided and counterproductive foreign policy legislation. This bill’s real intent seems to be more saber-rattling against Iran and Syria.” Paul also observed that “this bill states that it is the policy of the United States to ‘reaffirm the enduring commitment of the United States to the security of the State of Israel as a Jewish state.’ However, according to our Constitution, the policy of the United States government should be to protect the security of the United States, not to guarantee the religious, ethnic, or cultural composition of a foreign country.” Paul voted “no” and was joined by only one other representative, John Dingell of Michigan, who represents a large Muslim constituency.

It is interesting to note what exactly the bill pledges the American people to do on behalf of Israel. It obligates the United States to veto resolutions critical of Israel, to provide such military support “as is necessary,” to pay for the building of an anti-missile system, to provide advanced “defense” equipment (including refueling tankers, which are offensive), to give Israel special munitions (i.e., bunker-busters, which are also offensive), to forward deploy more U.S. military equipment to Israel, to offer the Israeli air force more training and facilities in the U.S., to increase security- and advanced-technology-program cooperation, and to extend loan guarantees and expand intelligence-sharing (including highly sensitive satellite imagery). Actually, there’s even more included, and I may have missed the kitchen sink. But the objective is to provide Israel with the resources to attack Iran, if it chooses to do so, while tying the U.S. and Israel so closely together that whatever Benjamin Netanyahu does, the U.S. “will always be there,” as our president has so aptly put it.

But the scariest bit of the bill is its call for “an expanded role for Israel within the North Atlantic Treaty Organization (NATO), including an enhanced presence at NATO headquarters and exercises.” If Israel becomes part of NATO, which is clearly Congress’s intent, the U.S. and other members will be obligated to come to the aid of a nation that is expanding its borders and is currently engaged in hostilities with three of its neighbors. Israel has also initiated a series of regional wars. Whether NATO membership for Israel would benefit anyone is questionable, but it is something the neocons have been seeking for years, to turn Israel’s wars into a new crusade against the Muslim world.

And then there is the congressional propensity to conceal additional spending in legislation that is normally passed without a great deal of debate. It is perhaps no coincidence that on May 7 the Republican spokesman, the redoubtable Howard “Buck” McKeon, chairman of the Armed Services Committee, released his party’s proposal for increased defense spending (yes, increased) for 2013. McKeon, who has never served in the military and who was holds a bachelor of science degree in animal husbandry from Brigham Young University, is an uber-hawk who relies heavily on campaign contributions from the defense industry. Perhaps “Buck” should consider changing his sobriquet to “Warbucks,” but as he probably lacks a sense of humor, it would be wasted on him.

Included in the proposed defense bill is a cool $1 billion for Israel to upgrade its missile defenses. Money for Israel inserted in the U.S. defense budget suggests that Congress believes that defense of the U.S. and defense of Israel are pretty much conjoined at the hip. That’s on top of the $3 billion Tel Aviv already receives and the numerous defense co-production programs that it benefits from, which will clearly be expanded if 4133 is any indication. The media predictably underreported the largesse for Israel with a couple of lines hidden away in a story in The Washington Post about overall defense spending.

Many who follow the issue have known for some time that Congress, generally speaking, will unhesitatingly do anything to benefit Israel and its supporters, be damned the consequences for the rest of us. That they do it without any public scrutiny is unforgivable and is as much the fault of the media as it is of the devious ways of America’s legislature. If Congress wants to give Israel the type of guarantees that would require Washington to support Tel Aviv’s foreign and security policy, there should be a free and open debate with the American people understanding clearly what such a commitment means in terms of costs and consequences, not a “suspension of rules” stealth legislative package.

If Buck McKeon and his friends on the House Armed Services Committee want to give Israel a billion dollars and actually believe it serves the U.S. national interest, why do they hide it in a procurement bill for the defense of the United States? If historians 100 years from now seek to explain how a great power committed seemingly intentional national suicide, they will have to look no further than the voting record of the U.S. Congress.

ABOUT THE AUTHOR: Philip Giraldi is the executive director of the Council for the National Interest and a recognized authority on international security and counterterrorism issues. He is a former CIA counter-terrorism specialist and military intelligence officer who served eighteen years overseas in Turkey, Italy, Germany, and Spain. He was Chief of Base in Barcelona from 1989 to 1992 designated as the Agency’s senior officer for Olympic Games support. Since 1992 he consulted for a number of Fortune 500 corporate clients.