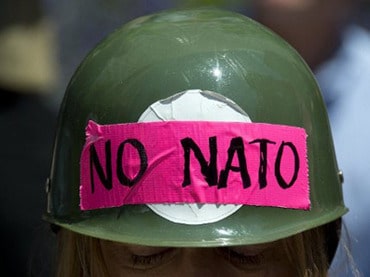 Thousands of people rallied in Chicago against NATO on the opening day of its Summit meeting.

The massive anti-NATO demonstrations aim to boycott the event. Thousands of peaceful protesters, including peace activists and war veterans, have marched through the second largest city in the U.S. carrying banners against NATO and demanding the dissolution of the Alliance.

Several demonstrations were staged throughout the entire week leading up to the largest protest action of the year for the city, posing a serious challenge to “law enforcement” agents, who responded with arrests and violence.

A huge showdown is expected later, with police already on high alert. Around a dozen activists were arrested on the eve of the gathering – three were charged with conspiracy to cause terror.

RT’s Anastasia Churkina is in Chicago:

Police gear up in Chicago as thousands join anti-NATO rallies