Home Veterans Egypt’s Presidential Elections: A Revolution at the Crossroads(Video) 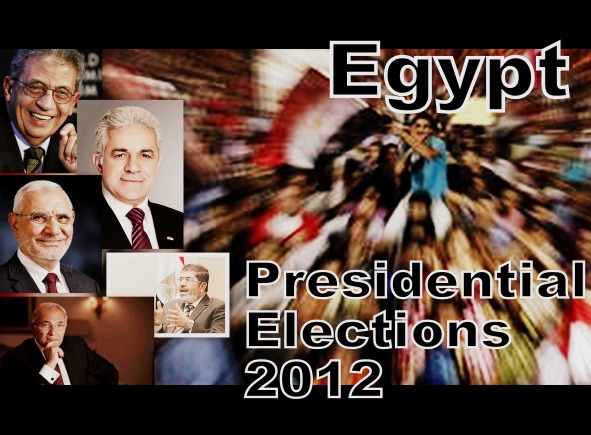 “A 15-minute-documentary that revisits the Egyptian uprising, the epic occupy Tahrir square and the toppling of a dictator and explores the arduous road to democracy and the daunting challenges that await the country after the upcoming presidential elections.”

It was not at all an easy job when I looked back at what happened in Egypt during the last 16 months, with all the violent political storms that gripped the country and the turmoil that ensued, to try and put it in words.

Describing the epic struggle that took place in Tahrir Square proved to be a real challenge for most writers who tried to capture, on paper, the rare moment of a nation awakening after a long sleep.

A picture could speak a thousand words; this saying couldn’t have been truer as we reexamine the Egyptian revolution.

This is why I decided, as I was trying to sum up the cascade of events that shaped the political scene in Egypt during the past 16 months, to make use of the power of the picture.

In the following video, a 15-minute-documentary, which I’ve been working on for a couple of weeks, I tried to sum up the story of the Egyptian revolution, the clash with the military, the struggle of the youth movement to bring meaningful democratic changes to their nation, the rise of the Islamist bloc and the fragmentation of the seculars, the vulnerability of the peace treaty with Israel and the impending conflict between the Islamists and the military.

In the video also, a coverage of the upcoming presidential elections, that is going to be updated as the polls open.

As much as the Tahrir saga showed the common thread that unites humanity: the human spirit’s refusal to capitulate to oppression despite the costs, it raised the question of what’s next for Egypt? The country’s transition to democracy has proven to be more difficult than ousting their former dictator.

There are so many challenges and implications for Egypt, such as whether the cradle of civilization can maintain civility in the face of seemingly insurmountable rising tide of Islamic fundamentalism. Can Egypt serve as a model for democracy in the Arab world? Or is there still more violence and instability in store for the country, to be witnessed in the coming months?

How will the Egyptian revolution navigate through difficult terrain hindered by an oppressive military regime, economic instability, sectarian tension, and volatile political scene along its borders with Libya, Sudan, Gaza and Israel?

Will Egypt manage to evolve into a true democracy or descend into the swamp of theocracy?

Egypt is definitely at the crossroads and nothing less than the future of the region hangs in the balance.