Home Veterans “Hey buddy….I could use a job” 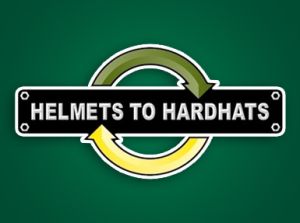 In past articles I have written extensively about the challenges facing today’s warriors as they return home and face the prospect of leaving the military. The task was tough enough for those who came home from previous wars, but we haven’t seen the prospect for employment this bad since the end of World War II when there were millions looking for work.

The Administration hasn’t made the job any easier with its wasteful spending trying to create jobs by massive spending on projects like Solyndra, which was like pouring money down a sink hole, or in make-shift jobs that only pad an already bloated government workforce the taxpayers are forced to pay for.

The fact is that when the government gets involved in the job market, they aren’t very good at it. It is just another process of throwing money away. The stimulus package, which the President requested and Congress approved, has been typical of most government boondoggles, as it is estimated that it cost the U.S. taxpayer $228,055 for every job created under the best and most generous of the figures available from the CBO.

They stated that between 1.3 million and 3.6 million jobs were created by the stimulus, so using the highest available figure of 3.6 million jobs, it means each job cost $228,055, or using the low figure, the cost would be $631,538/job. Am I the only one who gets nauseous at these figures?

The whole process reeks of malfeasance. From the moment the discussion about the government fixing things… the same government that allowed the economic meltdown to occur and the housing market collapse, we all should have run for the hills! We allowed a government that was so lax in their duty that no oversight occurred so we only have ourselves to blame. What idiocy would make one think handing them a check for $820,000,000,000 would do anything more than compound the problem.

As reported, 115,000 jobs were added in April, which is considerably lower than previously predicted, but dropped even further in May. The number of jobs being added appears to be bringing the jobless rate down which makes it seem like things are moving in the right direction, but as have learned from government statistics, “figures seem to lie and liars sure know how to figure”.

I have always contended the way the unemployment is calculated today is designed to make everyone on the gravy-train in Washington look good. The figure is based on the number of people collecting unemployment checks, not on the number of folks unemployed or under-employed. In the real world, and surely that is the only world that counts to the unemployed and under-employed, approximately 342,000 workers left the unemployment compensation program in April and are no longer being counted. This is an example of the fuzzy math our politicians use to hide the truth.

But what about the Veterans already out-there wearing the leather off their shoes looking for work? The figure from the Bureau of Labor Statistics says it is about 10.3% unemployment, higher than the numbers they give us for the rest of the population. Believe the numbers or not it is up to you, but they are the only ones we have. What does that mean for the warriors who are coming home? We can be fatalistic and pessimistic in our view and say they are all in trouble or we can look at the sun just peaking over the horizon.

In the first place the Veteran has a distinct advantage over John Q. Public. The military has taught each warrior self-confidence, leadership, and trust in each other. It has molded mere adolescence into real adults who have had to make decisions that most Americans couldn’t make given a lifetime of experience. Given an opportunity to make a wager on the vast majority of Veterans, I’d bet on them to defy the odds and become successful where others fail.

So, while the public in general stares down a street full vacant businesses and rejection letters in response to resume campaigns, I kind of think the majority of Veterans will make in spite of the economic challenges, and without help from Uncle Sam.

Many fine companies are lining up to give preferential treatment to Veterans looking for employment, and there are thousands of Veteran-owned small businesses which are great places to start. A virtue well understood by most Veterans is the virtue of PATIENCE. Unlike many of the job seekers just coming out of school with little to show for their effort except a diploma and little if anything remotely resembling leadership, maturity, honor, and patience, the Veteran is miles ahead.

Many of those trying to enter the workforce just threw away 4-6 years of their life going to college to learn what? (Figures available at The Beast)

The list goes on and on populated by Black Studies, African Studies, Ethnic and Gender Studies, and Humanities but this list is no where complete by any means. My thought is why waste the family fortune or burden oneself with massive debt just to say, “Hey, I went to college”

The military Veteran I hope, is smarter than the average bear as the saying goes, and is interested in using his/her God-given skills to get a job with a future. In today’s environment it doesn’t always take a college degree, but if that is your choice and you want to go to school, man…. pick a field of study that has a demand and a future! For those that just want to make money, build for the future, and live for the American Dream of freedom and financial, spend a couple of hours and check out “Helmets to Hard Hats”.

Now, I have never been in a union, and have always had mixed feeling about some of the things I’ve read. I’ve had to deal with some pretty stupid rules while setting up conventions, but overall, unions can and do provide services which are particularly valuable to their members and can be a bonanza of opportunity for Veterans entering the job market out of the service. It can be an ideal situation for a Veteran (man or woman), looking to build a career in the trades and even those wanting to eventually own their own business in the trades industry. Don’t laugh…I know plumbers who make a tidy 6-figure income.

Sure, one doesn’t start at the top when you are in the trades. There’s almost always an apprenticeship period while your learn the secrets of doing a job right. Mentorship and comradery along the way, but eventually you’ll achieve the level of Journeyman, and with benefits, you will probably find more security in that than wherever one ends up with a degree in “Humanities” or African Studies.

While in New Jersey working on a fundraiser for a couple of Veteran projects, I ran into a retired union member who, in retirement, is doing a lot better than many of my college educated cronies, even better than some of those I knew back when I started in to become a doctor. House, car, truck, two boats, motor home, kids education paid for, and fishing/hunting as new life goals. And you know what else? When something goes wrong around the house, he does have to call the $100/hr. specialist to come fix it…he can do it himself!