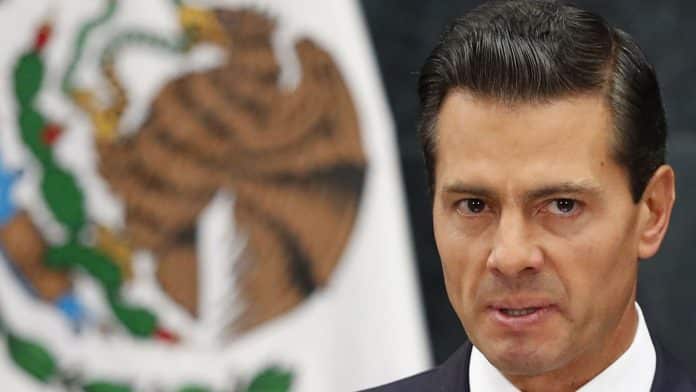 Today in the New York Times, there ran a piece on the upcoming elections in Mexico and how they will change the face of the longest war in American history; namely the Nixonian Drug War.

In the piece titled “US braces for Mexican shift in drug war focus“, the authors point out that the Mexican people and politicians are sick of the violence and that a major change in policy is coming.

As it stands, the majority of people in Mexico say in regards to drug production and cartels ‘As long as they don’t kill or rob me, it doesn’t matter,’.  While Mexico has a growing domestic drug challenge, it’s nowhere near the level of addiction to drugs that the USA demands and so Mexicans don’t feel connected to the challenges facing US culture and its lost path into the abyss.

To most Mexicans, the Americans demand it, they supply.  They all know that before Mexico got deeply involved in supplying the addicts in the USA, China and Columbia were doing it.

In Columbia, the American Military Industrial Complex shipped over their war machines, and dealers simply moved operations to Mexico.

In the past 6 years as Mexican President Calderon ran the clampdown using military apparatus, cartels reacted and over 50,000 have been killed.  Before the clampdown, few were killed in the business.  And that’s what the Mexican people are asking “Why clampdown? For what?”.  The US people want the drugs, and Mexicans supply them.  No problem in Mexico.

What is apparently angering the US leadership is that Mexico is now taking it upon itself to control its own country and kick out the US Military Industrial Complex that so desperately relies on exporting its stuff worldwide to every real and created war it can.  It’s a runaway train that feeds off the misery of the economic system that perpetuates poverty and desperation.

In Mexico, the candidates are telling the global leaders that they need competitive cheap credit and access to capital, not guns, helicopters, and drones.

With access to capital, Mexico can make the next leap forward as its economy grows forward as projected to be a top 10 world economy in the next 10 years.   With competitive credit, businesses can better compete worldwide and provide good jobs for its people at a world-class wage.

This real wage rise will remove the majority of those who want nothing to do with selling drugs to the USA, yet are forced to take the work just because survival depends on it.
In a country where construction workers putting in 46 hours per week earn $ 100 USD, it’s just very hard to make it work.  It’s virtually impossible without going black market and so good people take bad jobs to feed their families.  And that’s the real crime here.

Now, I am NOT naive. I am fully aware of the media induced Xenophobia gripping many US citizens by the gullible throat and so having empathy for those who are NOT exactly like them is a huge bridge to cross but the fact remains, the Mexican people are good people fighting against a global monetary economic system that keeps them down.

Granted, over the last 15 years, the Mexican economy has grown in leaps and bounds much better than the USA and the middle classes are rising.  But from where it once came, it’s still a long road forward into equilibrium with other major economies.  Mexico is NOT there yet.

But with the new leadership coming in and flexing their political muscles against a failed U.S. policy pumped by the Military Industrial Complex, the people of Mexico are poised to stand up against the USA and “Just Say No”.

In Mexico, they don’t have the Military Industrial Complex war machine forcing the hands of politicians against peace and harmony.  In Mexico, there is no war in Iraq.  No terror war!  No exporting its will on others worldwide.  The only war they have is internal.

Should Mexico take this path and release itself from the grips of those in the corridors of global power who want this failed war to continue, it’s possible that Mexico can be a country that has de facto legalized drug manufacturing in every city with trucks that deliver the product to the border with the approval of the Mexican government.

Now, I know some of you reading this are beyond appalled.  I know, I know…. you’re screaming!  “Shut Down the Friggin’ Border! Close it!  But as usual, it’s not a solution because the real problem is the demand.

You can close the border all you want.  Hell, put an invisible security cone around the whole country.  It will never work.  If Mexico does NOT supply the addiction, some other country will.  That’s a guarantee.  So get over it!

And so there is only 1 real solution. And the leadership knows it. Legalize it all!  Regulate, Tax, Manage….but they won’t pull the trigger on it because there is a large global cabal based in the USA who are making huge amounts of underground profits on the misery of the citizenry, and to see it one must look in the mirror.  And indicting oneself is so difficult. It means that personal responsibility must be accepted and most would rather project blame than accept personal responsibility.

Think about it….how much has the US spent on the Nixonian Drug War?  Billions?  Try Trillions!  And results?  More drug addicts than ever and more drugs…

America has a serious cultural problem with addiction…whether it is drugs, greed, food, global domination, whatever….and so looking much deeper into the psyche of the culture would be admitting failure.  Can we do that?

In the end, take the trillions and spend it on educating our youth.  Save the coming generations. Teach them the reality of drugs, addiction, and personal responsibility.  Use the massive resources to rebuild the culture and make serious drug use a medical issue, not a crime.

In short, take all drugs out of the shadow and put them back into the light.  We did it with alcohol.  Cigarettes, which are hugely destructive have been culturally transformed from a sexy product in the USA to a product that is culturally gross.  And that’s the best we can do with dangerous substances.

So as Mexico gives the USA the one finger-up salute and says goodbye to the Nixonian Failed Drug War, it’s time for the US to react and make a paradigm shift on how it deals with its own addiction culture.

And you thought the 21st Century would be a cakewalk!  Time to get back on the success train!