Home Veterans The Art of War, With a Glass of Wine

This is how a centuries-old French literary/philosophical tradition ends: The Intellectual as Warmonger.

Asia Times – There it was, magically empty, on a discreet corner, never spotted by the tourist magma; my favorite little table since the 1980s at the Cafe de Flore in St Germain. I took possession, ordered a Welsh rarebit and a glass of Chablis, and was back in business, reading and watching the world go by for the first time since the fall of King Sarko.

First impression; where the hell is my bookshop? The venerable La Hune, right across from my point of view, looked like it had been hit by a Hellfire; thank Zeus it had moved nearby.

Second, and more auspicious impression; the Flore was BHL-free; that is, French philosopher Bernard-Henri Levy, aka BHL, was busy promoting his next war somewhere else.

BHL is not merely a philosopher/writer/film maker; he’s first and foremost the CEO of a gigantic PR operation erected to the perennial glory of BHL. He virtually rules the French cultural arena, the way Christopher Hitchens thought he ruled in the US and Britain.

May we live in tawdry times; if only Sartre was alive to kick BHL back to his intellectual kindergarten. BHL recently arrived at the Cannes Film Festival carrying a smatter of Libyan North Atlantic Treaty Organization (NATO) rebels as pets — companions of his “liberation” adventure such as Mustapha El-Zagizli from Benghazi, proudly displayed as the “prince of the shabab,” and General Ramadan Zarmouth from Misrata.

Colonel Gaddafi used to pitch tents in Rome and have the hem of his gorgeous gowns kissed by Western potentates. Libyan NATO rebels, for their part, were dazed and confused by the explosive Cannes red-carpet experience.

Crucially, alongside his pet Libyans, who carped about the “unity of the revolution,” BHL also brought — what else — pet Syrians; two Kurds and two shady characters in dark glasses and with their heads covered by Syrian flags, described as “combatants who had left Syria in hiding only a few hours ago to discover The Oath of Tobruk.”

So here we have certified Zionist BHL bringing his token Arab pets to watch the world premiere of his new movie; yes, the whole thing had to be a part of yet another BHL-glorifying PR exercise. After winning virtually by himself the Libyan war — according to his own “narrative” — BHL was now stressing that “what was done in Benghazi was not easier than what should be done in Homs.”

Waiter — please bring some regime change with my Chablis.

As for the movie, now showing in France, and already sold to the US market, it might aspire to qualify as a surrealist piece worthy of Alfred Jarry. But as hyperactive peacock, BHL totally lacks any self-deprecation traits, what’s left is BHL the film director filming himself as the director of history in the making. This is how a centuries-old French literary/philosophical tradition ends: The Intellectual as Warmonger.

The whole thing is edited with — what else? — a non-stop BHL voice over; a neo-Proustian monologue cataract flirting with Sun Tzu. BHL roams the streets of Benghazi looking for a post-modern rebel hero; and he finds it personified by Abdul NATO Jalil.

The stage is then set for BHL of Arabia to enact his liberation epic, perennially clad in black jacket, white Charvet shirt meticulously opened to show off white skin, and satellite phone glued to one ear, from deserts and mountains to the salons of the Elysee Palace and — of course — the Cafe de Flore, which reveals itself to a dazzled Libyan delegation.

Everyone from King Sarko to Queen Hillary “We came, we saw, he died” Clinton and David of Arabia Cameron is manipulated as extras in a BHL-concocted liberation war. Who cares about what really happened in Libya, as reported for months by Asia Times Online?

BHL inevitably enacts the now infamous phone call that allegedly converted King Sarko to regime change. Sarko himself fed the myth, telling French TV in March 2011 how this phone call led him to meet the NATO rebels and start a Franco-British offensive. This is rubbish. Regime change had already been decided in Paris since October 2010, when Gaddafi’s chief of protocol defected to France.

Now BHL is busy reminding new French President Francois Hollande whether “France will do for Houla and Homs what it did for Benghazi and Misrata.” Well, the coalition of the willing is already in place; France, Britain, the US, Turkey and the Gulf Cooperation Council-controlled Arab League. They call themselves “Friends of Syria” and will be deciding their next regime change steps in Paris in early July.

BHL concedes, “to save the euro is an imperious obligation,” but the Greek drama may not prevent Hollande from making a phone call, just like BHL did with his predecessor King Sarko, and convince Russia and China that Syria’s state terror is history. BHL, of course, would not recognize Israeli state terror against Palestinians even if he were about to be smashed by an IDF tank. Anyway, if Hollande stalls, BHL will target David of Arabia Cameron.

BHL insists he made The Oath of Tobruk for Syria. In Libya, he says, there was “a real coalition with Arab countries involved in coalition with Emirati and Qatar forces.”

This has got to have a lovely “the hills are alive with the sound of music” ring to the Emir of Qatar. After all, Qatar has already bought half of the Place Vendome, a great deal of the Champs-Elysees, and most of everything between Madeleine and Opera.

BHL could do worse than place a phone call himself to the Francophile Emir and ask him to finance his next war. But wait a minute; Qatar is already weaponizing the Syrian rebels. Next step for BHL? Iran. 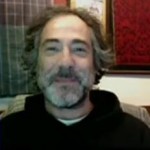 Pepe Escobar Pepe Escobar was born in 1954 in Brazil and has been a foreign correspondent since 1985, based in London, Milan, Los Angeles, Paris, Singapore, and Bangkok. Since the late 1990s, he has specialized in covering geopolitical stories from the Middle East to Central Asia and has reported during this decade from Afghanistan, Pakistan, Iraq, Iran, the Central Asian Republics, U.S.A. and China. He is now “The Roving Eye” correspondent for Asia Times, a political analyst for al-Jazeera and RT. He has published three books on geopolitics, including “Globalistan: How the Globalised World Is Dissolving Into Liquid War”. His latest book is “Obama Does Globalistan.”(Nimble Books, 2009).

He may be reached at [email protected] (Copyright 2012 Asia Times Online (Holdings) Ltd.