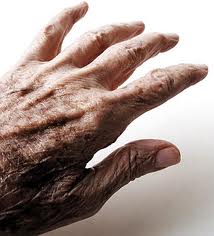 WASHINGTON – Patients with Parkinson’s disease who undergo deep brain stimulation (DBS)—a treatment in which a pacemaker-like device sends pulses to electrodes implanted in the brain—can expect stable improvement in muscle symptoms for at least three years, according to a Department of Veterans Affairs study appearing in the most recent issue of the journal Neurology.

“VA was proud to partner with the National Institutes of Health in this research,” said Secretary of Veterans Affairs Eric K. Shinseki. “Our research on Parkinson’s helps ensure we continue to provide the best care possible for Veterans with this debilitating disease.”

VA cares for some 40,000 Veterans with the condition.

In DBS, surgeons implant electrodes in the brain and run thin wires under the skin to a pacemaker-like device placed at one of two locations in the brain. Electrical pulses from the battery-operated device jam the brain signals that cause muscle-related symptoms. Thousands of Americans have seen successful results from the procedure since it was first introduced in the late 1990s. But questions have remained about which stimulation site in the brain yields better outcomes, and over how many years the gains persist.

Initial results from the study appeared in 2009 in the Journal of the American Medical Association. Based on the six-month outcomes of 255 patients, the researchers concluded that DBS is riskier than carefully managed drug therapy—because of the possibility of surgery complications—but may hold significant benefits for those with Parkinson’s who no longer respond well to medication alone.

A follow-up report in the New England Journal of Medicine in 2010, using data from 24 months of follow-up, showed that similar results could be obtained from either of the two brain sites targeted in DBS.

The new report is based on 36 months of follow-up on 159 patients from the original group. It extends the previous findings: DBS produced marked improvements in motor (movement-related) function. The gains lasted over three years and did not differ by brain site.

Patients, on average, gained four to five hours a day free of troubling motor symptoms such as shaking, slowed movement, or stiffness. The effects were greatest at six months and leveled off slightly by three years.

According to VA Chief Research and Development Officer Joel Kupersmith, MD, “This rigorously conducted clinical trial offers valuable guidance for doctors and patients in VA and throughout the world. As our Veteran population and the general U.S. population grow older, this research and future studies on Parkinson’s will play an important role in helping us optimize care.”

The research took place at several VA and university medical centers and was supported by VA’s Cooperative Studies Program and the National Institute of Neurological Disorders and Stroke, part of the National Institutes of Health. The maker of the devices used in DBS, Medtronic Neurological, helped fund the research but did not play a role in designing the study or analyzing the results.

VA, which has the largest integrated health care system in the country, also has one of the largest medical research programs. This year, approximately 3,400 researchers will work on more than 2,300 projects with nearly $1.9 billion in funding.