Home Government Oh What a Mess It Is! 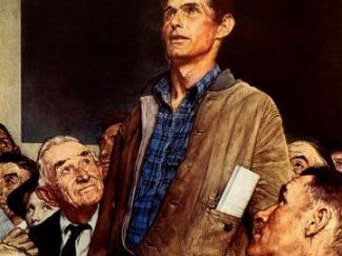 For many of the above, never fear…they will be first in line to pick-up their paycheck on pay day, fight like heck to preserve their lavish retirement benefits, and continue to put up roadblocks to those outside the beltway who are trying to make sense of the whole mess. As long as they get theirs, they will have a care-less attitude about the outrageous, real unemployment figures (about 17%), the price of gasoline, and the burden they place on those who are taxed to the limit to cover the growing cost of government.

By contrast, there are a couple of bright spots in the approval charts…

But then again, who will know about the discontent this election year when the media turns a blind eye to the performance of our elected officials unless they can report and some conservative movement to block presidential plans to spend our nation into oblivion. Remember, when liberals ran both branches of Congress and the Executive Branch, it was in very short order that they raced to spend trillions of dollars we didn’t have (which had to be borrowed from the Chinese). That spending has started a run-a-way train, accumulating $3.93 billion dollars in debt every single day.

As for the approval rating of the press, and probably the reason newspaper sales have taken a nose dive over the last decade..“Americans know bias and imbalance when they see it and they don’t like it,” said Jerry C. Lindsley, director of Sacred Heart’s Polling Institute. “Americans know that it’s just not that hard to present both sides and keep personal bias at home.” Most feel a very there is a very liberal bias and Americans in general are mostly positioned to the right of center (more conservative than liberal).

The television news media is just as bad. A recent example is the fact that with all the attentions that should have been devoted to covering the debacle known as Fast and Furious, because it involved a “what went wrong-gun purchasing scheme by the Justice Department”, and the death of two federal agents, the story was basically ignored by the main-stream media because it reflected poorly on the Obama Administration and the Attorney General, Eric Holder.

The only real cable news coverage has be Fox News scant coverage on other cable networks and virtually ignored by MCNBC, yet two federal agents were killed. CBS has given the botched operation some coverage, but NBC has shown its liberal bias by it total lack of coverage and even ignoring the story. According to http://www.breitbart.com/big-journalism “NBC will do anything to avoid mentioning Operation Fast and Furious. Then again, they haven’t mentioned Fast and Furious ONCE all year, but this past week would have been the best time.” This is in light of the pending Contempt of Congress citation against Attorney General Holder’s refusal to present subpoenaed documents.

Everything is politicized to the point, that many Americans have just tune-out. Our schools are no longer teaching history; no longer educating our youth about our political system of checks and balances. Heck…in a recent man on the street interview conducted by a group of high school students, most of those interviewed couldn’t pick President Jimmy Carter out of a line-up, could name a single Supreme Court judge; thought Dick Cheney was a drummer in some rock band, and couldn’t name the Vice President of the United States.

Kids no longer have meaningful discussions or dialogue. They run through life with their ears stuffed with ear buds listening to hip hop and rap music, ball caps sitting backassward on their heads while their pants hanging half-way down their legs, use their cell phones for non-stop texting, and cannot utter a simple sentence without using the word LIKE at least six times. It’s cool for Blacks to speak ebonics (which is an excuse mechanism for not learning to correctly speak English)… Whites to use four-letter words regardless of the setting, and for each ethnic group to coin derogatory phrases and call each other names most of us would never utter. No discipline, no accountability, no respect for one’s self or others, and no future. Is this what we Veterans sacrificed so much to build in this country?

Yes, I am a Conservative. I believe in the government created by the Founding Fathers; respect for the American flag, and strict interpretation of the Constitution. I feel a cold shiver every time I hear the National Anthem or the Marine Corps Hymn, say my prayers at night (sorry Bill Maher…but I don’t find you humorous at all), am proud of our military and the .5% of those who chose to serve; and am thankful for all that I have been granted without envy or jealousy of those who have fared better than me.

This year we will see from the November elections whether or not the United States will survive its biggest challenge of all time or whether we will continue the march toward a welfare, government hand-out society, and subservient to the likes of Chine, Russia or some other world power.  God bless America.