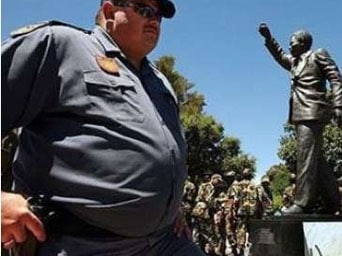 Arizona believes it won a victory in the supreme court.  Their police are allowed to stop, without legal cause, well outside the Constitution, anyone they “suspect” may not be their version of legal.

We can say Arizona is a special case, a state with islands of sanity but, on the whole, Arizona is dead, worthless, corrupt at every level, governed by cartel stooges and gangsters with a few visible exceptions.

Arizona is a beautiful state and we will miss it as we miss Florida, part of America before Bush destroyed it.

There is one problem with this empty victory, there aren’t so many illegal aliens and lots of very corrupt police, corrupt judges and the illegals we have are powerful, in bed with those who control the law, they are above the law, they are, in fact, the law itself.

Arizona was just given, by the supreme court, to Mexico.

The recent Bilderberger meeting, attended by some of my lower class but wealthier associates was a Romneyfest.

They claim he is their candidate, they will rig the election for Romney and move America into full depopulation, deindustrialization, all poverty, street crime, war and rumors of war.

America is slated to die and the Bilderbergers claim Romney can finish off America for good, an effort begun under Reagan and almost completed under Bush 43.

Key to taking America down will be Balkanization, making the United States many states and the supreme court just opened that door.

Expect to see more police and more guns, police stopping and searching you, pointing their guns at you and your children, your choices will be simple, be rich, be police or be a slave.

The Bilderberger’s say it is ready to go, the voting machines will be hacked, the polling places surrounded, the votes miscounted, they say Romney is already in and America will be hit so hard that a nuclear holocaust would be a walk in the park in comparison.

These were the real decisions taken at the all important “outmeetings” at the Bilderberg conference, double confirmed, decisions that reflect the direction we were heading anyway, “hell in a handbasket.”

ROMNEY/HITLER WITHOUT THE CHARM, VALUES AND SENSE OF HUMOR

Mitt Romney wants states to have borders.  What will we get?  I can tell you, you will get a gun in your face, put there by a police officer who may or may not be able to read, may be on the payroll of pimps or child molestors or on of the many police who seem to enjoy killing America’s returning veterans every day.

Here is one of those incidents now, from Las Vegas, an unarmed veteran shot in the back of the head 7 times by a rogue cop with an M 16.  Expect a similar fate:

Here you see a confused, disabled veteran with a brain tumor rammed by a control car, usual crime, “DWB” (driving while black).  Under other circumstances if the police had known, they would have shot the person making the video, they consider that a crime too.

The victim, Stanley Gibson, the crime, another American veteran killed by police for no reason whatsoever.

Under Romney, every American crossing a state line will have an automatic weapon pointed at their heads.  If police decide to shoot, you will hear their story:  “He tried to make a phone call or reached for his cigarette lighter so I had to fire.”0

Every time is the same.  We have no idea how many shot were fired into Stanley Gibson but more than the 7 assault rifle hits that blew his head apart as he sat motionless.  We hear other shots from the sides as well.

The simple truth of it is that police aren’t trustworthy, not on a whole, some departments are totally corrupt, many regional governments, even state governments such as Wisconsin are totally corrupt.  Two weeks ago, police in Aurora, Colorado, a 100% “Romney” area showed their contempt for law and the constitution:

Packaged as “border control,” the Romney policy that a state, half of whose cops and officials are already working for Mexican Cartels according to very high ranking FBI sources.  You can expect to be held at gunpoint, questioned, searched, you can expect to be put across the hood of your car on laid on the pavement next to your children

That means, of course, national ID cards, states that turn back people they don’t want, perhaps your car is too old or, like in Britain, they decide you have an unpaid parking ticket somewhere.

I have seen it, more than once, a 100% “red state” concept of controlling and limiting the free travel of American citizens within the United States.

Here is a classic.  A bit ago, I tried driving from North Carolina to South Carolina.  South Carolina set up a “check lane” at the border.  Here we are, two senior citizens, driving a $100,000 plus German luxury car, windshield sticker says “Department of Defense” and license plate says “Disabled Veteran”. 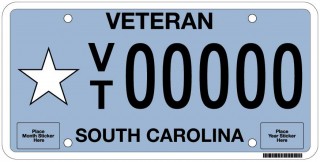 They asked for my drivers license and, you will love this part, my passport. Then they asked me where I was going, why I was going to South Carolina.

Truthfully, we were visiting a wife’s friend who owns a construction company.  Many of her workers, as with all other major employers in South Carolina, I checked,  were “undocumented workers.” South Carolina runs on illegal alien labor.

Being an American on summer vacation here at home instead of Serbia or Israel, we then took off for New Orleans (hot as hell).  We were stopped at the Mississippi border, same thing, asked to “identify ourselves.”  The police asked where we were going, why we were in Mississippi.

Both times I explained carefully to the police there minor things: 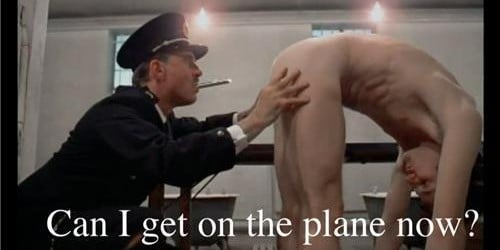 What they were doing, what they want to do and what Romney is walking us into is the Balkanization of America.  What the TSA has done to air travel, now a nightmare for any American who has to get on a plane, they plan for our state borders, telling us America is “overrun with Mexicans.”

Truth is, there are no jobs in America and, in Arizona alone, 1 million illegal aliens have left, gone back to Mexico looking for work.  All those empty backpacks the GOP loves showing on those emails, why do you think they were thrown away?

Why? Because the drugs had been emptied into a car, perhaps a police car, perhaps not but certainly one our $6 billion dollar border control could have spotted if not paid to look the other way.

If only we could be sure they just stopped Black people or Jews, maybe Mexicans or people with rust on their cars.  That would be OK, wouldn’t it?

Isn’t that really what America is about?