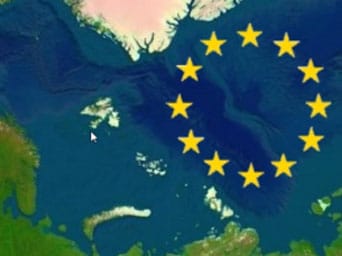 Knowledge, responsibility, engagement: the EU outlines its policy for the Arctic

WORLD NEWS TOMORROW -EUROPEAN COMMISSION – The European Commission and the EU High Representative for Foreign Affairs and Security Policy have today outlined the way forward for the EU’s constructive engagement in the Arctic. The Arctic region is a vital component of the Earth’s environment.

Climate change in the Arctic is advancing dramatically, with change visible on a yearly basis, impacting significantly on its ecosystem and the livelihood of its inhabitants. At the same time, rapidly retreating sea ice alongside technological progress are opening up new economic opportunities in the region such as shipping, mining, energy extraction and fishing.

While beneficial for the global economy, these activities also call for a prudent and sustainable approach: further repercussions for the fragile Arctic can be expected if top environmental standards are not met.

Summarised in three words, ”knowledge, responsibility, engagement”, the strategy adopted today contains a set of tangible actions that contribute to research and sustainable development in the region and promote environmentally friendly technologies that could be used for sustainable shipping and mining. It also underlines the EU’s activities in the Arctic since 2008.

For example, the EU has made a contribution of 20 million EUR per year in Arctic research over the last decade and has invested more than 1.14 billion EUR in the sustainable development of the region since 2007.

Catherine Ashton, the EU’s High Representative and Vice-President of the Commission stated: “With the actions presented today, we want to show the world that the EU is serious about its commitments towards the Arctic region.

Developments in the Arctic add further urgency to our work to combat global climate change, and are of increasing strategic, economic and environmental importance to the European Union. The EU wants to make a positive contribution to the cooperation between the Arctic states and take into account the needs of indigenous and local communities inhabiting Arctic areas”.

Commissioner for Maritime Affairs and Fisheries Maria Damanaki said: “The Arctic is rapidly going through important changes, allowing for new economic activity in a fragile part of the world. There are environmental challenges and opportunities that require global attention and the EU can help substantially: in research, funding, combating global warming and developing greener technologies. This is what the EU’s Integrated Maritime Policy is all about, to contribute to common solutions for the sustainable management of the seas.”

Both High Representative Ashton and Commissioner Damanaki have visited the Arctic region this spring; Ashton to Finland, Sweden and Norway, including Svalbard, and Damanaki to Greenland.

The Communication contains a series of measures to support the effective stewardship of the Arctic. They include:

Contribution to search and rescue in the Arctic through the launch of the next-generation observation satellites (see IP/11/1477);

Stepping up of actions to combat climate change;

Use of EU’s funding opportunities to maximise sustainable development in the Arctic for the benefit of local and indigenous communities;

Promotion and development of environmentally friendly technologies that could be used by extractive industries in the Arctic;

Enhancing of bilateral dialogue on Arctic issues with Canada, Iceland, Norway, the Russian Federation and the United States, including by applying for permanent observer status in the Arctic Council;

Stepping up of efforts to hold regular dialogue with representatives of indigenous peoples organisations on EU policies and programmes;

Highlights of the Communication:

Climate change: the EU, on track to meet its Kyoto target, has incorporated its 20% greenhouse gas reduction commitment into law and remains committed to the long-term target of 80-95% reduction of its emissions by 2050.

Sustainable development: for the 2007 – 2013 financial period, the EU provides over €1.14 billion to develop the economic, social and environmental potential of the Arctic regions of the EU and neighbouring areas.

Research: The EU has made a leading contribution on Arctic research over the last ten years, contributing around 200 million EUR of EU funds to international research activities in the Arctic.

The European Parliament and the EU Member States are now invited to submit their views on the proposed actions. The Communication also kick-starts a dialogue and consultation process with the Arctic countries, indigenous peoples and other interested parties to further refine the EU’s policy towards the Arctic.

The period 2005-2010 has been the warmest period ever recorded in the Arctic and the region is projected to have ice-free summers within the next 30 to 40 years. The rapid changes could potentially free up access to vast natural resources such as oil and gas and allow for shipping routes that could potentially cut time and costs for important trading routes between Europe and Asia. The Arctic Council is the primary international forum tasked with the sustainable development and environmental protection in the Arctic. The Members of the Arctic Council are Arctic states (Canada, Denmark representing both Greenland and the Faroe Islands, Finland, Iceland, Norway, the Russian Federation, Sweden and USA). The indigenous people’s organisations are Permanent Participants of the Arctic Council. In December 2008, the European Commission applied on behalf of the EU to obtain observer status; this application was reconfirmed in late 2011. A decision on its application is expected at the Arctic Council ministerial meeting in Kiruna in May 2013.

Posted in:  World News
ATTENTION READERS
Due to the nature of independent content, VT cannot guarantee content validity.
We ask you to Read Our Content Policy so a clear comprehension of VT's independent non-censored media is understood and given its proper place in the world of news, opinion and media.