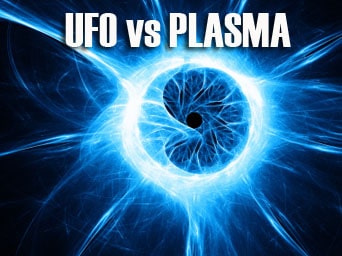 Wow! – saw a flying object – could not identify it.

Was it a plane? Was it a piece of paper, a bird, a new human kind of air travel?

What it was ,rest assured, it came from earth it self….other than those of meteorites or parts thereof…..

Of the thousands of reports, investigative studies and scrutinizing, not one has brought any credible, substantial, or hard rock evidence that any of the events were anything but human or naturally induced phenomenon.

Humans are not as intelligent as they believe they are. This is evident through the action and/or inaction to make corrections to the course.

Again rest assured …yes , they are out there ……somewhere…….however if they know of you, you are the “Alien”

Some will say that Aliens have been here for a long time …..really???

Watching the rape and murder of children??? Watching all the sick and heinous crimes going down??? Thru all this time?? Having some powers to intervene for positive measures??? But do not……??.

Wow what a sick bunch of beings they must be.

According to NASA, and all the experts on the subject, as well as the evidence presented to the naked eye on any given clear night in the countryside, there are no less than trillions of other stars, suns, planets, and asteroids, just like ours.

Now why ,oh why do YOU suppose that with all that other wonderful real estate available and without you on it, an “Alien” would come here??? To see YOU??? That is pathetic at Best and desperate at least.

Why would “they” come here for you. Someone please explain this theory.

SETI (Search for Extraterrestrial Intelligence) has tried for many years to” reach out”….. Not one intercept in all that time that would lead to any of this “They are out there” theory. And had there been an intercept surely the whole world would have known…cause there are many , many privates who still do the same reaching out.

Then there is the “they are waiting to intervene” theory they are waiting for humans to evolve more….well humans are now digressing …soos it’s gonna be a long wait …..hope they brought their own snacks.

Everyone wants to find the “Alien”. Why…..cause they are scared shitless – scared of their brothers and sisters, scared of what they will do next to screw things up. . They are hoping that the “Alien” will stop the mayhem. They think the “Alien” can bring peace and fix things that humans have screwed up. Aliens may be the only hope or maybe the demise for humankind ….this type of thinking only leads to inaction on the human part thinking that “Well they’ll take care of everything when they come so just sit on your ass and wait”.

Will this happen?? Vegas odds would put a trillion to one Sooooo…..place your bets folks.

The UFOs that you see are just that – UNIDENTIFIED FLYING OBJECTS – earth origin or space debris. When/if “They” come you will surely know it.

There will be no doubt.

Until then stop chasing your puppydog UFO tails, and start chasing your so called leaders out of office and into the streets for some overdue justice.