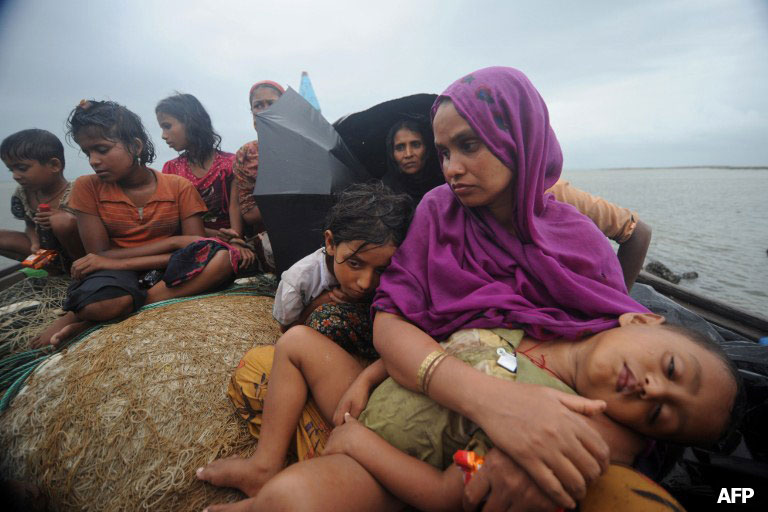 The West, led by the US, is pouring huge sums of money into Myanmar (Burma) and blathering about the supposed “democratization” of that long-time human rights pariah nation. Meanwhile, the Rohingyas – a Muslim ethnic group called “the most persecuted group in the world” by the UN – are facing slow-motion extermination. Though they’ve lived there for centuries, Burma’s government refuses to grant them citizenship, and is trying to get rid of them.

Mass murder, pogroms, the burning of homes and mosques – the usual tools of attempted genocide – are being deployed against them. And still the US lavishes money and praise on the regime…while Nobel prize-winning human rights icon Ang San Suu Kyi ignores the genocide in her own country. I was a guest on yesterday’s Press TV program on the slow-motion genocide of the Rohingyas:

Myanmar’s democracy icon Ang San Suu Kyi and Nobel Peace prize winner has not spoken out against atrocities and ethnic cleansing proposal against the Rohingya people. The silence from Ang San Suu Kyi is deafening as Myanmar’s President Thein Sein, a former junta general said on Thursday that the “only solution” was to send nearly a million Rohingya Muslims – one of the world’s most persecuted minorities — to refugee camps run by United Nations High Commissioner for Refugees (UNHCR). “We will send them away if any third country would accept them,” he added. “This is what we are thinking is the solution to the issue.” The UN refugee agency has snubbed the idea of setting up refugee camps to accommodate the Rohingyas. The UN says decades of discrimination have left the Rohingyas stateless, with Myanmar implementing restrictions on their movements and withholding land rights, education and public services. For the past two years, waves of ethnic Muslims have attempted to flee the country in the face of systematic oppression by the Myanmar government. The government of Myanmar refuses to recognize them claiming the Rohingyas are not native and has classified them as illegal migrants, although they have lived in Myanmar for centuries.