Home Government Theft of a Nation 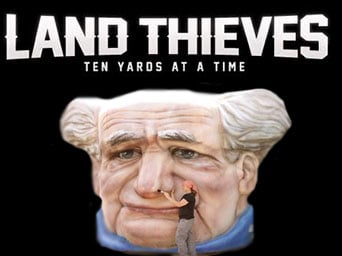 A recent story from a small American town in Pennsylvania reported a bank robbery by a 35-year-old who allegedly held up a Citizens Bank branch.

Bank robbers, when caught, are tried in court and sent to jail. Those who steal from others, whether a purse snatcher or car thief, get tried for theft and punished.

From the Ten Commandments of the Bible’s Old Testament to the verses of the Quran, stealing is prohibited.

However, punishment for violating the “Thou shalt not steal” rule isn’t always applied to all thieves under all circumstances everywhere.

In Israel, the theft of Palestinian property, including homes and farmland is a common everyday occurrence. Plundering has been a daily manoeuvre for many years, inspired by David Ben-Gurion.

In a Letter from Ben-Gurion to his son Amos, written in 1937, the Zionist patriarch said “…a Jewish state on only part of the land is not the end but the beginning.”

Later in the same letter he wrote “… every increase in strength helps in the possession of the land as a whole.”

Ben-Gurion indicated to his son how Israel intended to accomplish the plundering of Palestinian land with massive Jewish immigration, saying “We shall admit into the state all the Jews we can.” 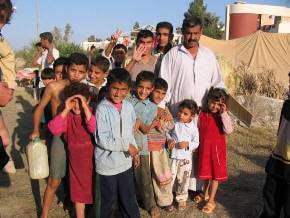 In the boastful father-to-son script, he added “We shall organize an advanced defence force—a superior army which I have no doubt will be one of the best armies in the world.”

What did the patriarch have in mind for the superior army? Zionists, with a pretence of having peaceful goals, tell blatant lies about needing to defend the Jewish state against Arab armies.

But Ben-Gurion, sounding like a robber-baron, gives it away, adding “At that point I am confident that we would not fail in settling in the remaining parts of the country, through agreement and understanding with our Arab neighbours, or through some other means.”

What kind of agreement and understanding with Arab neighbours did he have in mind? The kind that Israel finally extracted from Jordan and Egypt?

Those agreements, in effect, gave what was stolen from Palestinians to the Zionists: Jordanian and Egyptian blessings to Israel’s piracy of Palestinian lands, homes and possessions.

Speaking to his General Staff in 1948, Israel’s first Prime Minister Ben-Gurion commanded, “We must use terror.”

Any doubt about Ben-Gurion’s forecast or intentions for Israel is put to rest by Gideon Levy, writing in Haaretz on April 24, 2012:

The generation of 1948 is disappearing, but its spirit has never diminished. In 1948, new immigrants were brought straight from the ships into abandoned Palestinian homes with pots of food still simmering in the kitchen, and no one asked too many questions.

Some 962,000 refugees had been registered with the newly-established UN Relief and Works Agency (UNRWA). Levy’s honesty must raise hackles among Israeli settlement hawks.

“In 2012, the Israeli government is trying to whitewash the theft of Palestinian lands, all the while scorning the law,” adds candid critic Levy.

He also faults the propaganda used by the Israeli right and echoed in the halls of America’s Jewish lobbies.

A single, perpetual mode of conduct runs from 1948 to 2012: Palestinian property is ownerless, always abandoned property, even when this is demonstrably not the case, and Israeli Jews are free to do whatever they want with it.

If Levy was a “goy” instead of an Israeli Jew, he’d be castigated as anti-Semitic.

He concludes, “When messianic faith dictates that Jews have the exclusive right to this land, the international delegitimization campaign against Israel is understandable.”

It’s time for the blind supporters of everything that Israel does to be critical of Israel’s plunderers.