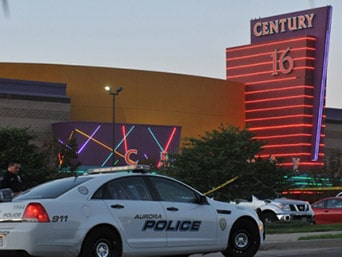 WASHINGTON, July 21, 2012 – Yesterday’s mass shooting in a movie theater in Aurora, Colo., has claimed the lives of two U.S. service members, according to military officials.

One other sailor was treated for injuries and released at the scene, according to a U.S. Navy news release issued today. Both sailors were from a unit that belongs to U.S. Fleet Cyber Command/U.S. Tenth Fleet, located at Buckley Air Force Base in Aurora, Colo.

“I am incredibly saddened by the loss of Petty Officer John Larimer –he was an outstanding shipmate,” Navy Cmdr. Jeffrey Jakuboski, Larimer’s commanding officer, stated in the Navy release. “A valued member of our Navy team, he will be missed by all who knew him. My heart goes out to John’s family, friends and loved ones, as well as to all victims of this horrible tragedy.”

Larimer joined the Navy on June 16, 2011, and was a cryptologic technician third class, and had been stationed in Aurora since October 2011, the release said.

Suspected gunman James Holmes allegedly killed at least 12 people and wounded 59 others early July 20 during the midnight premier of the new Batman movie “The Dark Knight Rises” in Aurora, a suburb of Denver.

In his weekly video message to the nation today, President Barack Obama asked citizens this weekend to take “some time for prayer and reflection — for the victims of this terrible tragedy, for the people who knew them and loved them, for those who are still struggling to recover, and for all the victims of the less publicized acts of violence that plague our communities on a daily basis.”

“Let us keep all these Americans in our prayers,” Obama added. “And to the people of Aurora, may the Lord bring you comfort and healing in the hard days to come.”