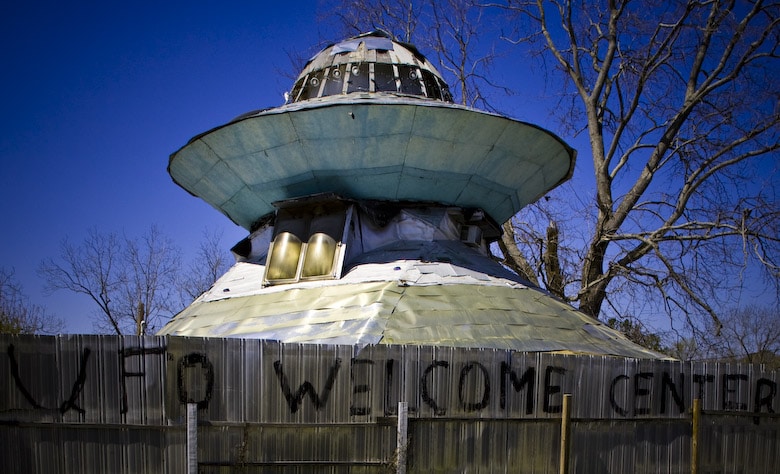 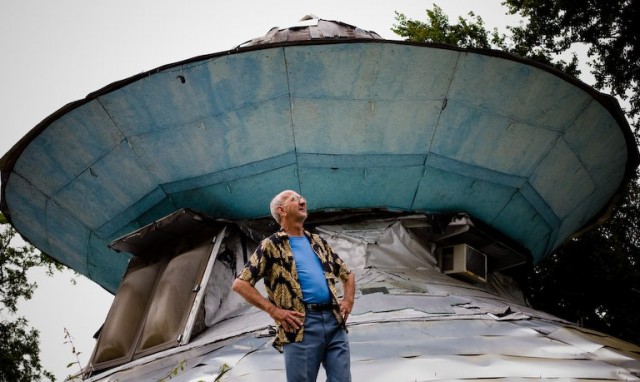 Dear Folks, I have a light humor change of pace Vimeo Picks for you tonight. Why this, and now?

It’s been a blood and guts week with the Bulgarian bombing and more killings in Syria and WWIII preparation moves in play.

To that you can add the Olympic Israeli security firm having trained screeners who actually find HALF of the test weapons and bombs being brought through security. And his include pat downs.

President Ahmadinejad, expecting Iran to be framed for an Olympic attack, tried to come to London and offer himself as a human shield and die with the rest of the spectators, but British security said no. Me, I would have taken the insurance policy.

You are about to meet the eccentric master of ceremonies, Mr. Jody Pendarvis, host of the UFO Welcome Center in Bowman, S.C. For those of you out there who might be considered a bit odd, or even really weird, you will be most grateful to Jody as you are now off the hook, mom’s included.

You can send everybody this link as proof that they do not know what they are talking about as Jody will demonstrate to them, in spades, what weird is…and with a smile.

And you might even see something that I saw. And that is despite his weirdness, and a bit of a hygiene problem with his infamous quarters, this is a man who appears to be at peace with the world and himself.

Jody does not seem to have a high maintenance girl friend to soak up all of his money and the neighbors never ask them if he would watch their kids for a while when they go shopping.

What you will experience by watching this is a big slice of the American Pie…something called freedom, with some loose zoning laws sprinkled on time. But no dummy Jodyhis entry fees were $1 when he opened, and then went to $3. They are now up to $20. So maybe he is weird like a fox.

We thank Vimeo as always and their many talented contributors. They were pioneers in HD hosting. Regular monitors display in HD. If you want full screen viewing click to open it on Vimeo.

Best to click pause for a minute to let is download some so you can watch smoothly depending on your connection speed. Relax and enjoy. You earned it. And be glad you are not like him, or wish you were 🙂

Welcome to Planet Earth is the story of the extremely unique Jody Pendarvis and his 30 foot UFO he built in his front yard in the small town of Bowman, SC. After a sighting of alien life forms, Jody built the giant UFO as a place to welcome aliens when they return.

All though visitors are welcomed to check out this unique and slightly odd landmark, Jody hopes that he will one day see the return of his friends from the sky. This is his story.

The UFO Welcome Center is a tourist curiosity located in Bowman, South Carolina, built in the back yard of Jody Pendarvis. It consists of a 42-foot-wide flying saucer (13 m) built out of wood, fiberglass, and plastic. The structure, entered by a powered ramp, is mounted on four columns, designed to raise and lower with motors.

In addition to a labyrinth of mechanical and electronic salvage parts, the saucer is furnished with a bed, satellite television, air conditioning, toilet, and a shower. Pendarvis envisioned himself as being an ambassador to aliens and wanted to provide a facility where they could rest after a long journey on UFOs.

The saucer had begun to be built in 1994 and became a local tourist attraction, with a $1 entry fee. The center was the subject of a 2001 segment in The Daily Show, in which Stephen Colbert presented a caricatured tour of the attraction.

In 2003 Pendarvis added a smaller saucer, about 20 feet in width, to the top of the original structure and began living in the saucer during the summers when the saucer is cooler than his nearby mobile home. The admission price had risen to $20 by 2005.