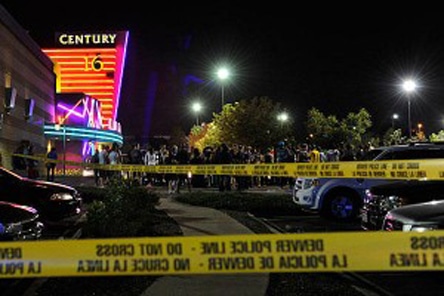 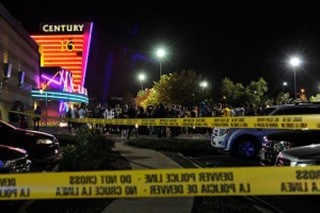 Could It Have Been Prevented?

By now, everyone has heard many stories about the shooting in Aurora, Colorado.

The families of the victims have asked that the gunman’s name not be used in stories so that he will not become famous. I will honor that request and refer to him by other names.

The gunman, wearing full body armor entered the crowded theater carrying a rifle, shotgun and two handguns and opened fire on the crowd killing 12 and injuring 58.

This has brought out the usual group of people favoring gun control who blame this incident on the availability of guns and pro-gun groups who claim that if people in the crowded theater were armed, they could have shot back and reduced the death toll.

Both of these positions are gut level reactions and not based on any sense of reality.

Even a media surrogate for Mitt Romney weighed in saying that if the country had the same gun control laws that Romney signed into law when he was governor of Massachusetts, this would not have happened.

This must have caused several Romney staffers to become apoplectic as he has attempted to position himself as the NRA endorsed, pro-gun candidate and the last thing he wants is for anyone to examine his record.

The people favoring more restrictions on guns point out that the shooter was able to purchase 4 guns within a 2 month period and purchase 4000 – 6000 rounds of ammunition from Internet vendors.

They claim that this sequence of events should have tipped off authorities that something was going to happen.

They also make a point of saying that the guns were “legally purchased” as if there was something wrong with that.

Allegedly he purchased his guns at two large, national sporting goods chains, Gander Mountain and Bass Pro Shops. Both of these chains are highly reputable companies and carefully follow the law on firearms sales.

They ran the proper background checks and found that the alleged shooter had absolutely no criminal record and no recorded history of mental illness.

They had no way of looking into his brain and knowing what he was planning. It is not like he went into the store and said “I am planning a mass murder. What weapons would you suggest?”

“I would recommend an AR-15. They have high capacity magazines available and are great killing machines.” Or “The .40 caliber Glock is the gun favored by police departments across the country. If it is good enough for them in day to day operations, it can certainly get you through one rampage.”

If reports are correct, which is always questionable, he purchased a total of four guns over a two month period. I know many gun owners who have equaled or exceeded that number and they have no plans to commit a massacre.

The other number mentioned is that he allegedly purchased 4-6000 rounds of ammunition online. This amount is not all that unusual for a sport shooter. The rifle, shotgun and two pistols took different ammunition so the total was divided into three groups of 1000 to 2000 rounds.

Many target shooters shoot 200 or more rounds each time they go to the range. If they don’t want to have to buy ammunition every week, they order by the 1000 or more. They get a bulk rate price and save on shipping.

Also, one person may be responsible for ordering ammunition for a club, so dealers don’t find orders of this size unusual. 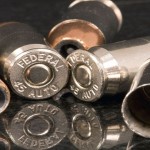 Several critics have pointed out that one of the guns he used was an AR-15 “assault rifle,”  and are calling for a renewal of the “assault weapons ban,” since it was so successful last time.

This “logic” has so many flaws that I don’t know where to start.

First, long guns, such as the AR-15 are rarely used in crimes. Over 90% of crimes committed with a gun involve a handgun, so going after rifles, even military looking ones does not accomplish much. Second, and more important is how do you define an “assault rifle?”

This was a major stumbling block in crafting the earlier law.

1. Looks? Does it have a flash suppressor? A plastic stock? Is it painted black or camouflage? A gun that is functionally identical can be made with an open ended barrel, a wooden stock and regular gun blue finish.

3. Large magazine capacity. During the previous ban, new civilian magazines were limited to 10 rounds. This law was more of an inconvenience than an effective solution. A person with evil intentions could simply carry multiple magazines. A skilled shooter can drop the empty magazine, put in a new one and close the action in a second or two. In the previous ban, magazines manufactured prior to the ban were grandfathered and those made for law enforcement were exempt.

This created a windfall for sellers of “pre-ban” equipment and police departments. Dealers and manufacturers would give police departments new guns every six months to a year and take their old ones in on trade. They could then sell the used equipment marked for law enforcement for more than new civilian models since there were no restrictions on L.E. models.

Since the ban was lifted, millions of large capacity magazines have been manufactured and distributed. There are plenty out there right now to supply every terrorist for the next 100 years, so a renewed ban would accomplish nothing.

The only way that this individual could have been prevented from buying guns would be an outright ban on the sale of all guns and a confiscation of existing ones. Neither of these things will or should happen. 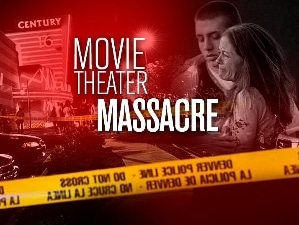 Besides, if this individual was Hell bent on a mass murder, he was smart enough to pull it off without using a gun.

Reportedly, his apartment was extensively and skillfully wired with explosives so he could easily have planted explosive devices in the theater, used poison gas, put cyanide in the popcorn supply, or rented a large truck and driven it through the wall of the building.

I hate to quote an NRA cliché, but it is true that people kill people. A gun is just one tool that can be used.

On the other side of the issue, the pro-gun groups are saying that if members of the audience were armed, they could have shot back and ended the spree sooner. This is B.S. on a massive scale.

First, the shooter was wearing full body armor and unless people were loading their carry guns with armor piercing ammunition, which no sane person would do, he would not have been stopped.

Furthermore if several audience members opened fire in all of the chaos, with bullets flying in many directions, I believe that more people would have been killed or injured. A major lesson taught in concealed pistol classes is when not to fire your gun.

A bad situation can easily be made much worse through careless use of your firearm even if you have good intentions.

I am reminded of this editorial by Archie Bunker on the 80s situation comedy, “All in the Family.”

Aside from the gun issues, the major question being asked is how could a smart, apparently normal science nerd turn into a cold blooded mass murder?

Did he just go crazy, or was he drugged and/or brainwashed into committing this heinous crime? Did he have helpers that have yet to be identified or did he act alone?

I don’t know the answers to these questions and we may never find out the truth. What I do know is that he has the same blank look in his eyes that the accused Arizona Shooter had.

Is this just the look of an insane person or is it evidence of someone under mind control?

Another fact we have is that after he carried out his “mission,” the Colorado shooter left the guns behind in the theater and waited in his car to be arrested without a struggle.

He told the police that his apartment was booby trapped which allowed them to disarm the bombs and prevent many more potential deaths. If he were trying to create maximum carnage, why would he do this? 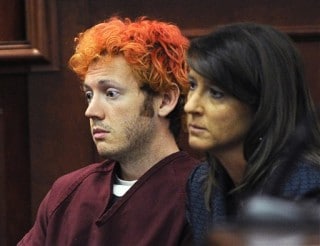 In court, he alternated a wide eyed stare with looking like he was dozing off.

Some people are claiming that the violence in the movies drives those who are prone to violence to act out their fantasies.

Since we can’t find a common trigger in these cases, it would be foolish to punish the millions of people who watch these movies and TV shows for escapist entertainment and don’t commit crimes as a result.

What can be done to prevent this from happening again? The simple answer is that nothing reasonable can be done. We can’t and shouldn’t lock up anyone who does not conform to society’s set of norms.

We already have too much loss of freedom in this country and we cannot afford to give any more of it up in the faint hope of a bit more safety.

The places where you are the safest from other citizens are in the countries that are controlled by a military dictatorship.

Of course, then you have to worry about being snatched up by the military and “disappearing.” Until someone comes up with a drug to turn us all into obedient robots, (It is being worked on and is farther along than any of us realize) we cannot predict what someone else will do.