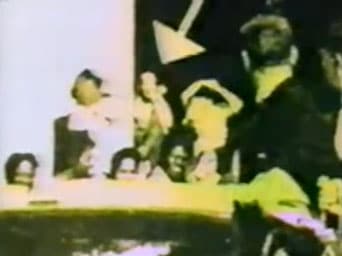 Evidence on Why Americans Are So Gullible

[Editors Note: Warning….If any of you are suffering from depression or taking strong medication to control such, read this article on the buddy system, with someone in the room with you.  The following material we expect to be found extremely unpleasant to just about every sane person.

But part of why we are doing this is the Iran attack WWIII moves are proceeding along quite smoothly with no real push back from what could be ‘described’ as a free people. So I will end with that hint…and Gordon will do the rest, as he does so well…Jim Dean]

I will be featuring several videos.  I know that sitting through a video isn’t always considered worthwhile when more worthwhile pursuits are available.

Thus, I will try to catch your attention with a “shortie” and hope you can find time for the others.

What is at stake is your own ability to make rational judgements and simply making all of us more capable human beings.

Jim Dean likes to call this the Neo-Slavery, a la Roman times, when free men chose to be slaves to get out from under having to pay taxes.

And later, the expanding Muslim empire enticed many Christians into converting simply by exemption them from taxation. It worked fabulously then, as it probably would today, but in a different form of course.

Hence, put under the right circumstances, we have historically shown we are capable of choosing a path or beliefs that make absolutely no sense whatsoever.  And this is one reason why elites have nothing but contempt for us.

So we have to face up to it…whose fault is that, theirs or ours?

Americans race from one series of NWO (I refuse to define what this means) hand fed conspiracy “bull” to another with mindless pap in the middle peddled as either mainstream news or commentary.

A blanket statement I will make is simple, if you see it, it is a lie.  Video one:

If you made it through the four minutes, you saw the mainstream media coverage of the Oklahoma City bombing.  This is what remembering “news” that you have been conditioned to forget has done:

If something this simple can be done to America, lies this openly public, and we have several similar that cover 9/11, including the arrests of the bombing suspects, and we don’t mean “hijackers,” themselves….

Instead, we will move to something different.  This is a longer video, please excuse the subtitles as it is in German.  It is taken from popular mainstream television in Austria.  The subject is 9/11 and the war on terror.

The discussions are heated but, all I can ask is that you enjoy 11 minutes of freedom, something we will now prove was taken away from you quite long ago, perhaps as early as 1963 in Dealy Plaza, Dallas, Texas.  This is what real humans look and talk like, for those who have forgotten:

The last video is 45 minutes long.  It is a British television show that demonstrates how “mental conditioning” is used to cause innocent people to admit to crimes, how easy it is, how reliable and how effectively mass murderers such as our young gentleman in Aurora, Colorado, Sirhan Sirhan, Lee Oswald, Tim McVeigh, Anders Breivik and a thousand others are created.

Add to this poor Osama bin Laden, CIA agent who died in 2001 and again over a decade later, a man who appeared in a dozen films looking like someone else, then in audio tapes with the voice of another person, all proven and published yet nobody remembers though 50 million were told…

Here, learn to make your own mass murderer, anyone can do it…and it is done all the time:

Thus far, we have proven that the version of the Oklahoma City bombing you may have accepted is, not only false, but you had known it all along and mysteriously forgot.

Though the video above is public, it was referred by the head of an intelligence agency.  Take that for whatever you think it might mean.

We then proved that you forgot what free press actually is.

Then we showed you some of what has been done to all Americans for the past several decades, through much more sophisticated methodologies of mind control than we will get into here.  I feel I have stolen enough time.

Now we will make it simpler.  You always knew that 9/11 was caused by demolition and some of the bombers were arrested in front of a national audience of over 90 million, which, depending on your age, probably included you.

I will bet none of this is familiar to you, the police tapes and the major network reports that debunk the government version beyond redemption.

What is key is that you always knew but somehow forgot.  You saw all this but will have no memory.

I will go further.  You will see Dan Rather report the arrest of armed terrorist bombers on 9/11 but he has no memory of making the announcements you will see him make.

It isn’t just you.

The message?  Many of the things you think happened, never happened.  Many things you think are real, be it history or even as far as the nature of reality, time and space itself, all of it is undoubtedly significantly different than you believe it to be.

Funny thing, we all remember the Challenger disaster but none of us remember any of these, things we all saw.

If you own electronic devices, you have been subjected to powerful mind control and your perceptions are no longer reliable.

We are living a nightmare.