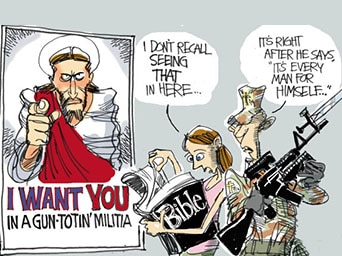 A report of 10 pages “The Arrest of Abu Jundal: Assessment and Recommendations” by Vivek Chadha, published by IDSA New Dehli (Institute of defense studies and Analysis), on 20 Jul, 2012 has been analysed in the Indo-Pak terrorism environment.

The main discussion points have been pitched against the historical facts produced by some of the prominent writers and officials in their write ups. Collective reading of both view points, expose the depth and intent of such studies by IDSA. The IDSA report highlights that arrest of Abu Jundal again proves to the world community that it is not merely groups like LeT that need to be dealt with expeditiously, but also Pakistan’s sponsorship of terrorist groups which it regards as ‘strategic assets’ and the terror infrastructure that has taken roots in its territory.

The report recommended that Pakistan’s growing international isolation clearly indicates the increasing pressure upon it to act against terrorist groups which it considers as ‘strategic assets’. At the same time, Pakistan’s internal political, economic and security situation has also become weakened. India must exploit Pakistan’s current position to coax it into taking verifiable action against the terrorist infrastructure within its territory.

But at the same time, sustained efforts need to be made to reach out to and strengthen moderate sections within Pakistan aimed at increasingly marginalizing the radical voices within its society.   The report has following main points.

Contrary to above Pakistan’s interior minister had strong reservations on Indian investigation system which he termed as un professional and non cooperative with Pakistan. But let us see his statement in back drop of historical events and write ups. Indian writers like Arunduta Roy,  officials like former Maharashtra IG police SM Mushrif  along with human rights organisations keep raising their voices whenever they can under coercive environment of Hindu extremist elements.

Today Sikhs, Christian, Muslims and Dalits (the untouchable humans) are victim of state policies and inequality in India. Historically, the exclusion of 65 million Dalits from the Indian society has been on religious and cultural grounds. Most recently  the state of Assam (see map here) witnessed brutal mob violence, which virtually cut it off from the rest of India. According to police, at least 45 people have been killed, homes burnt, butchered bodies recovered, railway lines blocked in protest, and at least 150,000 people have fled their homes in fear.

Historically remembering  18 Feb 2007  when  at least 68 people mostly Pakistani were killed in a series of explosions and a fire on Pakistan-bound train in the northern Indian state of Haryana, near Panipat, about 80km (50 miles) north of Delhi. Initial investigation blamed  LeT and JeM , even a Pakistani national Azmat Ali was arrested. Later it was found by the investigating  Police that the  right-wing Hindu activists and an Indian army officer Colonel Prohit had a significant role. The confessions of Swami Aseemanand further confirms hindutva redical’s role in terrorism.

In Mecca Masjid Blast on May 18, 2007 ,14 people died and as a natural reaction initially around 80 Muslims were detained for questioning and 25 were arrested. The investigation followed the script till the CBI found evidence that mobile phone-detonated explosives packed in metal tubes were similar to the Ajmer blasts. The bombs are believed to have contained a deadly mix of RDX and TNT, in proportions often used by the Indian army.

CBI director Ashwani Kumar told the media that an activist named Sunil Joshi “played a key role in orchestrating the Ajmer blast and a set of mobile SIM cards that had been used in activation of the bomb-triggers in the Mecca Masjid blast was used again in the Ajmer blast”.

National Investigating Agency (NIA) filed a case in a court accusing 11 Hindus and members of the ultra-right-wing Sanathan Sanstha, of masterminding and executing the October 2009 Margao blast. Initial suspicion and interrogation of suspected Muslim men, some believed to be members of “sleeper cells of jehadi groups” turned out to be an allegation.  Such incidents do give a  glimpse of investigation handling in India however, the larger story can be summarized in what a human right activist and Mumbai advocate Mihir said,”

It is believed that CBI is seeking directions from the  home ministry to see the Ajmer, Mecca Masjid, Malegaon and other blasts in conjunction after there has been no conclusive evidence of the involvement of Islamic groups”.

Professor in biomedical engineering at the Indian Institute of Technology Bombay Mr Ram Puniyani   wrote about Col Purohit on 22nd July in Countercurrents.org that in the wake of the various acts of terror and Sadhvi Pragya Singh Thakur’s motor cycle being traced, it became clear that the investigating agencies are acting on the wrong thesis that ‘all terrorists are Muslims’.

The investigations led by Hemant Karkare, by the Rajasthan ATS and National Investigation Agency (NIA) made it clear that there is a deeper nexus of elements like Purohit &Co., those who have been part of terror groups or have been supporting them in various ways. The confessions of Swami Aseemanand, named many more activists belonging to RSS combine, who are currently  in jails and are facing investigations for acts of terror.

The blame game thus continues effecting lives of common Indians and Pakistanis who vote and select their leadership to improve their living environment and life standard but so called research institutes like IDSA keep polluting mind of leadership and force them to act against their mandate. The irritants like Kashmir, Siachen and Sir Creek remain on low burner and the miseries of people on both sides keep enhancing