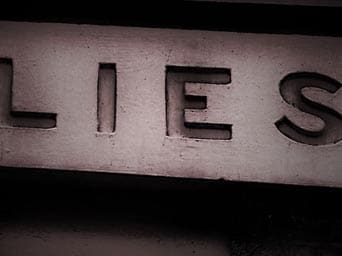 Tampa’s James A. Haley VA Medical Center continues to damage its credibility. Just a day after the hospital flip-flopped and acknowledged using a covert camera to videotape a brain-damaged veteran, the hospital announced it would remove the camera from his hospital room. While the public relations fiasco prompted Haley to do the right thing, this does not excuse the invasion of privacy or the apparent deceit. The episode merely adds to Haley’s record of failing to give straight answers and tarnishing its public image.

The revelation comes after Tampa Bay Times staff writer William R. Levesque reported July 10 that Haley installed a camera disguised as a smoke detector in Joseph Carnegie’s hospital room. In an interview July 9, the hospital’s deputy director, Roy Hawkins Jr., told the Times the video feed was not being recorded — only monitored by the staff. But Haley officials acknowledged Wednesday that it videotaped the veteran’s room. Hours after that report was published, Haley announced it would remove the camera.

The videotaping is more than an isolated problem, because it involves a family that has charged that Haley’s staff did not adequately monitor Carnegie. Haley officials also have been inconsistent in explaining how and why the camera was installed in the first place. They offered two conflicting stories on separate occasions about whether the family knew the camera was being installed. They never explained why a camera disguised as a smoke detector was used. And Haley has yet to explain the need for the camera at all. The hospital insisted the camera was to ensure Carnegie’s safety and care, yet denied the device was employed out of any staffing concern.

This is doublespeak at best from a hospital that serves more than 116,000 veterans in a four-county area on the west coast of Florida. And it follows a pattern in recent years of Haley retreating into defense mode when faced with embarrassing revelations about its operations or how it has treated needy veterans. Haley has not been candid in the last year about its financial challenges, or about complaints from veterans that they have not been able to access outside doctors.

The hospital’s new director, Kathleen Fogarty, who took over last fall, has failed to overhaul the hospital’s culture of defiance and nonresponsiveness to public concerns. That is a disservice to veterans, the hospital’s rank and file, and to taxpayers who have supported Haley generously. The bay area’s congressional delegation should press VA headquarters to move Haley in a direction that is more consistent with its obligation to this community and its level of public support. It should not take a neighborhood watch group to ensure that Haley treats veterans and their families with decency and recognizes that it is accountable to the veterans it serves and to taxpayers who pay the bills.