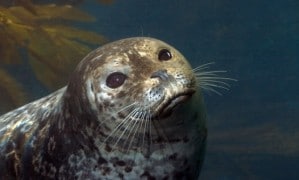 A Bird Flu Spreads in Seals. Could Humans Be Next ?

WORLD NEWS TOMORROW – Last fall, 162 harbor seal pups mysteriously washed up dead on the shores of New Hampshire and Massachusetts. Puzzled, scientists conducted autopsies on five of the animals, which suggested that a respiratory infection had killed them. Samples of the seals’ tissue were then analyzed further and a common virus was discovered: a new strain of influenza that appeared to have evolved from H3N8, a bird flu virus first isolated in North American ducks in 2002.

The virus’ potential leap from birds to mammals raises questions about whether it could jump to humans as well. Avian flu viruses have spread to humans before — notably H5N1, the scariest type. But while H5N1 spreads easily among birds, often killing them, it infects humans only rarely, though when it does, it’s highly lethal: since 2003, there have been 607 cases of human H5N1 worldwide, leading to 358 deaths.

In late 2011, an even scarier development: researchers in the U.S. and the Netherlands announced that they’d managed to create mutated strains of deadly H5N1 in their labs that passed easily between mammals, developments that led to fierce debate over the wisdom of publishing the findings (the fear was that the data could be dangerous in a bioterrorist’s hands) and to a moratorium on all further research. (Eventually, a federal advisory board allowed the two scientific teams to publish their findings in Nature and in Science, but the moratorium remains.)

Meanwhile, it seems that Mother Nature has been tinkering too. Researchers, reporting in the journal mBio, found that the new seal virus was distinct from H3N8 by 37 mutations, some of which have been previously identified as being necessary for flu to adapt to mammals. The new strain, being called seal H3N8, evolved the ability to spread from seal to seal, killing them; bird flu has been found in seals before, but it hasn’t spread between the animals. “[H3N8 is] something that’s been circulating for a while in birds, but we’ve not had this sort of die-off relating to this virus in the past,” study author and virus expert Dr. Ian Lipkin of the Center for Infection and Immunity at Columbia University told the BBC.

The authors say the new virus has mutations that allow it to live in both birds as well as mammals. It has also evolved to make it more likely to cause severe symptoms, and has the ability to target a protein found in the human respiratory tract, the BBC reports. Although birds carry a wide variety of flu viruses, which sometimes make the jump into mammals, they almost never acquire the ability to spread from mammal to mammal.

The worry is that if the new virus continues to adapt and thrive in seals, it will acquire other mutations that could make it likely to pass to humans. Further, the scientists’ study of seal cells found that they have receptors for both bird and mammalian flu viruses, making the animals a potentially good host for flu viruses to mix, evolve and learn how to adapt to other hosts. Pigs also have this hosting ability, which is why they’re known for giving rise to new hybrid flu strains — such as H1N1, the “swine flu” of 2009 — that infect humans.

The seal “could be the equivalent of an aquatic pig,” Lipkin told the New York Times, noting that the new seal H3N8 virus is “clearly a virus for which we need some surveillance.”

PHOTOS: The Bird Flu Outbreaks in 2008

It’s still not clear what exactly the findings mean for seals or humans, but the authors conclude that the natural emergence of a virus that can be transmitted between mammals and that was discovered in a mammal that can be infected with multiple flu viruses “must be considered a significant threat to both wildlife and public health.”

In any case, the discovery of the new virus is a reminder that we need to step up our efforts to monitor potential new pandemics and prepare for them. “It’s important to realize that viruses can emerge through routes that we haven’t considered. We need to be alert to those risks and ready to act on them,” said study editor Anne Moscona of Weill Cornell Medical College in New York City, in a statement.