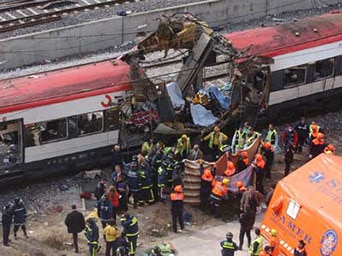 When George W Bush decided to invade Afghanistan, outwardly he pretended that the purpose was to avenge 9/11 attacks allegedly perpetrated by Osama bin Laden led al-Qaeda based in Afghanistan and to free the world from the menace of terrorism and to prevent 9/11 like attacks to recur. The US hidden motives were however altogether different. After regime change, Afghanistan was to be converted into a permanent military base so as to conduct covert and overt operations against regional countries. Pakistan and Iran were to be targeted covertly, Russia and China were to be kept under pressure, and influence over Central Asian Republics was to be enhanced with a view to gaining control over mineral resources. India was to be strengthened and made the most powerful regional power in Asia-Pacific so that it could counter China. Iraq, Libya and Syria were to be subjugated, boundaries of Middle East altered and its oil resources harnessed. Saudi Arabia was the ultimate objective to give a deathblow to Islam. Islam loving Muslims dubbed as extremists were to be bashed by pro-American secular governments so as to sharpen secular Muslims-practicing Muslims divide.

Terrorism was in actuality a ploy to legitimize waging prolonged Global War on Terror (GWOT) against Muslim countries opposing its imperialist policies or refusing to tow its line. Threat of Communism was replaced with Islamic terrorism. The word ‘Muslim fundamentalism’ was first coined for Imam Khomeini led Islamic revolution in Iran in 1978 to divide Muslims. Prior to that, this term was normally used within the Christian and Jewish communities. The Taliban in Afghanistan were also projected as fundamentalists. In the aftermath of 9/11, new rules framed on terrorism confined terrorism to Muslim world only while non-Muslim world was given a clean chit. Apart from nominated groups, countries harboring terrorists or abetting terrorism were also to be punished. So much so that even the subtle difference between freedom movement legitimized by the UN and terrorism was removed and all were dubbed as terrorists. Except for North Korea, all other States that were declared as ‘evil’ were Muslim.

In Islam, there is no such division within its ranks since all Muslims are required to follow certain fundamentals and obligations of religion that are mostly altruistic. This is common to all religions of the world. However, the vested groups have bracketed Islamic fundamentalism with obscurantism, fanaticism, extremism and terrorism. These traits are outside the realm and teachings of Islam since it preaches equality, brotherhood, peace, justice and fair play.

Among the targets Pakistan being nuclear was a priority target which had to be subdued and turned into a compliant state through deceptive friendship. FATA in the northwest and Balochistan in the southwest, the two extreme flanks of Pakistan were selected to be inflamed initially and gradually the flames of terrorism were to be spread inwards towards major cities to destabilize the country. Reason for selecting these two regions was their contiguity with Afghanistan which enabled the subversive forces to conduct covert war with ease. Involvement of Pak security forces in FATA helped in reducing the weight of war in Afghanistan and also in pulling forces from east to west. Balochistan’s geostrategic location and richness in mineral resources were added reasons to evince interest in this region.

FATA and Balochistan being under developed, the people of these regions had grievances against the government and hence relatively easier to get misled. Above all, the Pashtun and Baloch tribesmen being excellent fighters with long experience of fighting guerrilla war were best suited to be pitched against the Army. After establishing outposts in 2002 in the two regions, CIA-FBI started pouring dollars, weapons and equipment to win over anti-Pakistan elements and sympathizers of al-Qaeda who had taken refuge in Waziristan. Pakistani Taliban were created from among this lot. After terrorizing the locals and assassinating pro-government elders, the Wazirs and Mehsuds in Waziristan were nudged to declare war against Pak military. Motivation to recruit tribesmen was that Pak Army was the US mercenary army fighting to earn dollars. Likewise, Baloch armed insurgency under dissident Baloch Sardars was fomented by MI-6 assisted by CIA in Balochistan. Later RAW joined in and got deeply involved. Disbandment of six Jihadi groups engaged in Kashmir freedom struggle by Gen Musharraf in 2002/03 under Indo-US pressure forced these groups as well as other militant groups to join hands with TTP and al-Qaeda.

As a consequence, Pak security forces got intensely entangled with militants of their own country coupled with few hundred al-Qaeda elements. Ten years of infighting has further militarized the society. Initial doze of radicalization was received during and after the Afghan war against the Soviets. Saudi Arabia and Iran played their part in stoking Shia-Sunni sectarian war in 1990s by funding extremist religious groups. Lashkar-e-Jhangvi, an off-shoot of banned Sipah-e-Sahaba funded by Saudis is target killing Shia Hazaras in Quetta under the misperception that irrespective of the gravity of their sins, killing a Shia would earn them a ticket to paradise. Same is the case with Iran funded banned Sipah-e-Muhammad which target Sunnis. Sectarianism and ethnicity have eaten into the vitals of the country.

Well-armed, fearless and highly trained extremist elements can now be found in every nook and corner of the country. Radical groups are better placed to enlist and motivate any number of young recruits from within the poverty stricken lower classes which form the majority of population. This deprived segment of the society having no future and nothing to lose willingly takes up militancy as a job to survive. From among the enlisted youth, suicide bombers are trained by the likes of infamous Qari Hussein. They readily blow themselves up to earn money for their impoverished families.

It is from among this segment of society that foreign agencies have also been picking up recruits and enticing them to become terrorists and suicide bombers in return for rich rewards. Insurgents in restive areas are continuing to fight for a wrong cause purely on the strength of money, weapons, vehicles they regularly receive from their foreign patrons and safe havens in Afghanistan. The two insurgencies would die the day foreign assistance dry up. Six intelligence agencies based in Kabul keep devising plans to prevent flames of terrorism from getting extinguished. Do more mantra and drones were introduced to further fuel terrorism. While ISAF has started packing its baggage to quit Afghanistan and US leadership is continuously trying to woo the Taliban to arrive at a political settlement, Pakistan is being pushed to launch another major operation in North Waziristan. The US forbids Pakistan to hold peace talks with Tehrik-e-Taliban Pakistan or to maintain contacts with Afghan Taliban.

11 years have gone by fighting GWOT but terrorism instead of getting eliminated or curbed has spread further and has become uncontrollable. The reason that the US and its allies couldn’t bottle the genie of terrorism is that their intentions were insincere. None made any effort to identify the root causes of terrorism and finding remedies to doctor this disease. Pakistan has been suggesting this course but no heed was paid since the originators of war were not interested in curing it. Moreover, the US having earned the reputation of being the biggest terrorist state of the world had no moral right to paint others as terrorists and kill them.

One wishes Pakistan and 49 other countries fighting GWOT as well as the UN should have asked the US to define terrorism rather than blindly fighting the senseless war against terrorism which has made the world unsafe. The two countries most notorious for state terrorism and repression are Israel and India, but the two are blue eyed boys of USA. Their terrorism is ignored. Aren’t CIA, Mossad and RAW, the three strategic partners infamous for kidnapping, torturing and murdering their enemies and detractors? The trio applies state terrorism, indulges in false flag operations and false propaganda war, destabilizes and topples democratic governments by creating strife and unrest or instigating insurgencies.

To label a Muslim freedom fighter as terrorist and that too without defining terrorism is unfair. The Mukti Bahinis in former East Pakistan were rebels for Pakistan and freedom fighters for India. Baloch miscreants in Balochistan waging a separatist movement are rebels for Pakistan and freedom fighters for USA and India. The Algerians fighting against French imperialism to gain freedom were seen as terrorists by the French but once they gained their goal of independence they were eulogized as heroes. Historically, all revolutionary forces that had picked up arms against the ones in power were dubbed as rebels and terrorists deserving no mercy. Revolutions, which succeeded to overthrow the sitting government, were later described as war of independence. To dub uprising in Kashmir anything other than freedom movement geared towards seeking their right for self-determination, as provided for in the UN resolutions that has been denied to them since 1947 is highly unjust and morally wrong.

The writer is a retired Brig and a defence analyst. Email:[email protected]