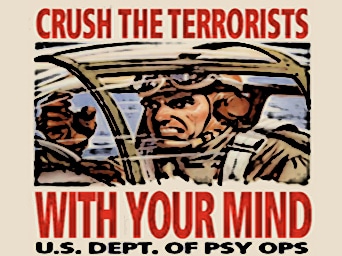 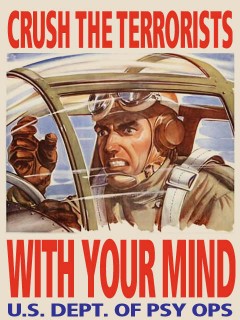 Wade Michael Page, the “man with a 9/11 tattoo” blamed for the Wisconsin Sikh temple shooting, turns out to be a US Army psy-ops specialist.

Does the US military, or corrupt forces within it, stage false-flag massacres of civilians inside the US and other “friendly” countries as a kind of “psychological operation”?

Of course it does.

Remember Operation Northwoods? Every member of the Joint Chiefs of Staff signed off on a document proposing that the US military massacre civilians in American cities in order to achieve a political objective: Demonize Cuba and grease the skids for war.

Remember Operation Gladio? The Pentagon, through NATO, organized bombings and shootings in the streets of Europe. When one of the terrorists got caught, he explained at his trial: “You had to attack civilians, the people, women, children, innocent people, unknown people far removed from any political game. The reason was quite simple. They were supposed to force these people, the Italian public to turn to the State to ask for greater security.” He later explained the “strategy of tension” to the BBC: “To create tension within the country to promote conservative, reactionary social and political tendencies.”

Is somebody trying to “promote conservative, reactionary social and political tendencies” in the US today by staging massacres like the recent shootings in Wisconsin and Colorado? Reports of multiple shooters, and other witness statements that don’t fit the official “lone nut” story, suggest that this may be the case.

We recently learned that the notorious “DC Sniper” – the US Army Special Forces whiz who changed his name to “Muhammad” just in time to go on a shooting spree – was a government-sponsored false-flag operation.

When someone starts killing “civilians, the people, women, children, innocent people, unknown people far removed from any political game,” it causes public opinion to swing towards acceptance of hard-line government authority. It makes people run to the state for protection. It stops the people from questioning their leaders, and makes them more willing to do insane things like march off to war.

The neocon agenda aims to turn the US into an authoritarian state at perpetual war with the enemies of Israel. Today, the Zionist plan to smash the Middle East into pieces is running up against the intransigence of Russia, China, and Iran. World War III looms.

Are we being reduced to mental slavery to prevent us from protesting as our leaders get ready to kill most of us in a big nuclear exchange?

That is a big question to ponder on Hiroshima Day.