Home Government The Ignorance Doesn’t Stop at The Door Step 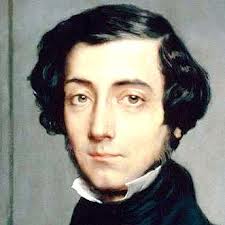 In part one of this article I received lot of emails , with most agreeing with the positions I took. All agreed that we have become a polarize society, running rapidly toward secularism. Yet there was one reader who just about tore my head off stating we have the technology to get rid of petroleum based energy and coal, and actually accused me of plagiarism in his rant. 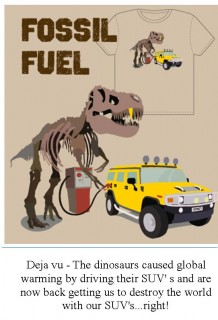 In the first place, he had to be much younger than me,and referred to my getting the idea for the article from an email which he had received a long-time ago. The author of that email was  a friend of more than 30 years, we’ll simply call Mr. Booker. The reader accused me of plagiarizing Mr. Booker’s ideas by using similar comparisons of how in our youth we were far more conscience of recycling with pop bottle deposits, returned milk bottles, and reusable shopping bags. Folks, you don’t have to “steal a thought” when you lived it already. Having been sent a reminder of such facts by my friend and using a couple of his thought as examples in the article does not amount to plagiarism.

You  can attack the messenger, but it is hard to attack the message when it is footnoted as well as I usually footnote the articles I write. I find it interesting though, that he didn’t mention nor contest my opening paragraph…

“It is impossible for anyone to not recognize a problem as big as life when it hits you right in the old snot-locker!” regarding the facts I presented.

I was going to dwell on his comments but then again, why give credence to thoughts which go beyond reason and rationality. The facts are abundantly clear to anyone with an IQ above 1 and willing to do a little digging, that:

How did we get here? How in the world have we let common sense and reason slip through our fingers? If fact,  why did they invent the term “common sense”, when so few seem to possess it?

It is fashionable to those on the conservative side of the road to blame the world’s economic malaise on the liberal agenda which seemingly is very anti-capitalism, believes in collectivism and redistribution of people’s hard-earned money, and lambasting anyone with a differing opinion. I plead guilty to being somewhat in that camp.

For those on the left side of the road, they see that they haven’t fared as well as others so they lash out blaming capitalism, wanting the “rich to pay their fair share”, that the only way someone became successful is by stealing from those who are on the lower end of the totem pole.

Let me ask a simple question of those with this point of view…Just what is a “fair share”? Is it 30%, 40%, 50% (that’s one half of their income), 60%, 70%? Nobody ever gives me a figure. Understanding that in the US nearly one-half of the wage earners don’t pay any income tax, and that 48%, get back more in government services than what they pay in, it proves that Alex Toqueville (1805–1859) was right when he said…

“The American Republic will endure, until politicians realize
they can bribe the people with their own money.”

Let’s just say for the sake of expediency, that the government taxed everyone at the same rate. At what point would you simply stop working? Taking 50% of someone’s earning is not right. I believe every working American should have to pay some income tax. It has been easy for the Administration to claim “nobody became successful on their own”…sounds so good to those who really believe in class envy. Those who are successful are then reminded about the education system, roads, electricity and government provided infrastructure made it ALL possible. They really had little to do with their own success. Why, those who are successful should be thankful the government doesn’t confiscate all their wealth.

By the way, am I the only one on this planet that is tired of the phrase, “the rich need to pay their fair share of the tax burden so we can pay down the national debt”? You’ve got to be kidding and the dullest bulb in the chandelier to buy that line. The government takes more-the government spends more handing out largess…that’s the real story here.

You can take ALL THE WEALTH, ALL THE INCOME, ALL THE PROPERTY, and ALL THE RETIREMENT FUNDS, of those in the top income bracket who are paying 90% of the tax burden, and yes, even kick those dirty rotten bastards out of the country for that matter, and you wouldn’t move the decimal point on the national debt…Yup, it’s that bad!

Again, look around you. Don’t other countries have roads, bridges, electricity, and infrastructure? Why then is the US, dollar for dollar, pound for pound, more successful than other countries (not counting the last few years, of course). I contend it is because the American drive, ingenuity, investment of capital, and risk of THE FEW, that power this country, not the legalized theft in the form of taxation, of those who govern us.

Today we have a bloated government bureaucracy that has grown beyond what our Founding fathers ever imagined, seemingly mindless of the fact that they are enslaving our children and grandchildren to the status of servitude as they are the ones who will have to contend with the nation’s debt in the decades to come. And yet we have kids still wet behind the ears, clamoring for more of the same, but haven’t faced the reality of their first job and paying taxes (if they can find a job, that is). The drum beats on for them… give us free tuition, housing, birth control, healthcare, food stamps, gimme this, gimme that with absolute lock-step, mind-numbing resilience. What happened to self reliance?

“There are two ways to conquer and enslave a country.
One is by the sword. The other is by debt.” – John Adams

In Part 3 of not being able to use our innocence and excuses to hide why our ship of state is ready to go over the Niagara Falls, we’ll talk about the relevance of the media that perpetuate about everything bad we see in our country, from “political correctness” to reality TV.