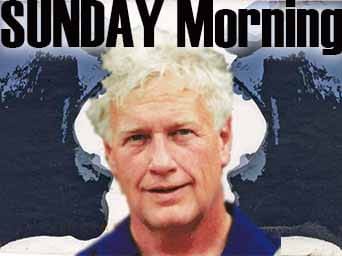 Writing for a defense publication has its issues.  I am restricted from writing on things I work on myself.  Come to think about it, I should be thanked. This last week, the OPSEC group began attacks on Obama related to the bin Laden issue.

Bin Laden’s CIA handler is on my staff, the former White House Intelligence Chief and Inspector General of the Department of Defense (confirmation led by Senator Chuck Grassley)

This is from the last official statement made by Osama bin Laden, taken from a CIA transcript and passing voice analysis.

All statements, videos, cartoons, anime, puppet shows or other forms of communication that indicate bin Laden made statements contrary to this have been long disproven and this information was released to the press by either the CIA or testing labs in Switzerland.

Additionally, sex and drug stories about Obama, some originating from Wayne Madsen years ago, during his “blue period,” have re-emerged.

Problem is, the Bush 41 and 43 White Houses both had horrific sex and drug scandals, not just Franklin/King but more.  What is being claimed is that Obama is the second consecutive gay president.  Is that right?  I have no idea.  Anyway, back to bin Laden and some highly verifiable information.

Anyone wants testimony, on the record, authoritative, any court in the world?  It can be arranged.

I can categorically prove that Osama bin Laden was never a terrorist, died in 2001 and that there is something very wrong with the SEAL adventure into Pakistan that caused so many dead.

SEALS seem to be dying too often and I am very suspicious.  If OPSEC got out of the money grubbing and began looking into real wrongdoing, we might all be on the same page.  I will get into this more later in the piece.

My issues about OPSEC are these, and let me add they are a mixture of personal and professional.  Let me come out with this right off.  For those who know VT, we take special pleasure in basking in the truth.

Special ops, CIA, SEALS, DELTA, and of the respected old timers, I know many, none go public or get involved in political games with gangster cash.

As for CIA agents?  If you meet one, he or she will claim to work for a law firm or in a shoe store and give you a wrong name.  There are no CIA agents who use real names and NO operational personnel who ever use their real names.  You see, all operational personnel, if they announced who they were would be subject to kidnap, travel restrictions or arrest.

Operational personnel often violate laws and require “extraction” which is done, at times, by Navy SEALS.  Active agents burn out names, burn out travel ability, rack up indictments, like in Italy where any CIA are arrested immediately.  Thus, those claiming to be operational CIA are untruthful.

All operational personnel are NOC, “non official cover” and don’t work in embassies, or in a cube at Langley with calling cards and a CIA badge.

More on this.  I was a Marine in Vietnam.  I was with a combat unit, a Marine Special Landing team, thus I am a combat vet.  I am NOT a hero.

However, several of those around me were, at times, I think due to being unbalanced a bit, insanely heroic.  I was also saved by an AMTRAK driver during Operation Defiant Stand.  This was a hero, I was hiding.

[Editors Note: I would not call being a one man rear guard against an NVA counterattack and being pinned down behind a grave stone in a French colonial cemetery while a 50 cal gun crew is trying to blast the stone away…as exactly hiding…but trying to not to get killed!!…Jim W. Dean]

I can admit working in what we call the intelligence community.  I am a director of a multi-national defense corporation that employs tons of people, some under my guidance.  None do anything particularly dangerous or dramatic.

Simply put, three days with Marines in Vietnam, my family as it were, is more danger than decades in “intelligence,” even “operationally.”  Were the truth told more often, life years ago was the “in” box and the “out” box and meetings with liars.

Sometimes the liars would try to kill you.  If you are still typing, you either run well or were prepared. You also ask why a superior would send you to a meeting with more than one person looking to kill or kidnap someone in the “intelligence community” and not warn you.

For an accurate assessment of real intelligence work, please go to Netflix and rent Burn Notice.  All real spies watch it.  Their writers must have access to top Intel operatives as the show is considered mandatory for certain occupations.

A personal note:  Working in the “intelligence community” leaves you feeling sick inside, feeling dirty.  Being a sniper does the same, another job I held for the shortest period possible.

I felt like a coward.  Today’s snipers who do “overwatch” assignments are different, anyone in such an occupation, note I intend no criticism.

OK, let’s see how much trouble I can get into. Of late, Youtube has featured many UFO videos.

I work with national agencies that have advanced capabilities to analyze documents, videos, photographs and such using “after next generation equipment.”

Here is what we have found.  Many videos on Youtube are counterfeit, as you might expect.  However, the level of counterfeiting requires that creating them would cost hundreds of thousands of dollars and use equipment that Lucasfilm only wishes it could afford.

Thus, very expensive analysis of videos that are made covering key areas, some in the far east, some elsewhere, politically volatile areas, have been subjected to advanced scrutiny.  A high quality fake video is like a perfect counterfeit $100 bill that cost $500 to make.

These videos are being made for huge amounts of money, sold for next to nothing and produce a tiny amount of income from Youtube.

These aren’t, you remember, all videos, but very special ones and they began showing up a few weeks ago after VT published the analysis of a fully REAL UFO.  Now we are getting very high quality fakes. Thus far, two governments have declared the manufacture of these videos acts of terrorism and arrests have been made.

Beyond this is speculation.  As there seem to be some real UFO videos, I have no idea how many, very few I expect, it could be that creating a large number that would be costly to debunk is a way of using up valuable counter-intelligence resources.

The question is why?  Covering up real UFOs?  In this case, I look forward to the deductions of others.  I have left out some facts, names of special judges and international authorities.  This is a big deal and no more can be said by me.

Our next subject is the strange case of General Petraeus.  The CIA had been largely privatized and more largely compromised starting during the 1990s under George Tenet and ending in about 2005 when, as far as professionals go, the CIA ceased to exist.

We are now stumbling over a new CIA that is operating, it seems, in the shadows, rebuilding and putting out some well trained people with clear cut objectives, which cannot be discussed.  I don’t really know anyway but I am a very good guesser.

OK, as promised, I will get into bin Laden more.  The problem isn’t bin Laden but that he was, all his life, a trusted CIA asset.  Here is what I am finding, call it “coincidences.”

Those who were aware of bin Laden’s role with Zbigniew Brzezinski, his role as intermediary with Saudi intelligence, his management of all US STINGER missiles used in Afghanistan and his work on other CIA projects seem to have become an unlucky bunch.

Some were imprisoned.  Some were declared insane, locked up without hearing and disappeared.  Some had accidents. NONE survived.

Bin Laden’s file includes many operations, very positive evaluations by his handlers, one of which I had subjected to hours of interrogation (voluntary) by a top NATO intelligence officer.

This is the coincidence:  When Al Qaeda sprung out of nowhere and CIA agent bin Laden became “terrorist” bin Laden, those who had worked with him left the planet like the police that arrested the armed bombers on 9/11 that nobody heard of.

Other CIA personnel have spread outlandish lies.  In fact, except for the Leprechauns and Fairies of OPSEC, finding CIA personnel is almost impossible.

OK, here was something that happened last week.  One of my oldest friends was a senior intelligence official, very senior.  We don’t talk shop, not anymore anyway.  What one notes, however, is that what we call “compartmentalization” means that intelligence agents are the most lied to people on earth and, frankly, the dumbest.

A person of reasonable intellect would, after a short time, realize that all briefings or assignments are based on information 99% false and that an informed agent is an easy target for becoming a “double agent” or a target for capture and interrogation.

Thus, spies are dumb as donkeys. They don’t know nothin’. They can’t, they are never told anything, nobody who goes into the field can carry any wide operational intelligence.

Thus, such people know as much about politics or global affairs as a street sweeper. Street sweepers can’t usually put a knife in your back at 30 feet, mind you, but in some tougher towns……….

ADDENDUM:  LAST PROVEN TESTIMONY OF OSAMA BIN LADEN;  ALL STATEMENTS AFTER THIS HAVE BEEN PROVEN FABRICATED THROUGH OFFICAL ANALYSIS

FOR OFFICIAL USE ONLY

FOR OFFICIAL USE ONLY     END OF OFFICIAL TRANSCRIPT