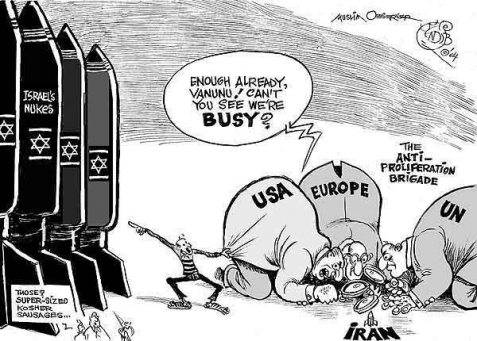 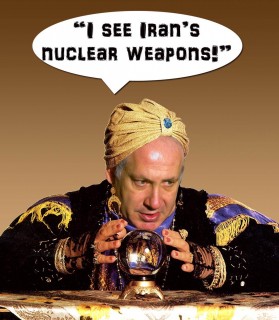 The Israeli narrative of launching an attack on Iran’s nuclear plants has been so overpoweringly hyped up and taken for granted by Israeli media that one achieves certitude that such an attack will happen and that Iran will sit idly in the manner of a befuddled, thunderstruck and petrified nation.

Strangely, western and Israeli media aggrandize the military prowess of Israel to the skies and underestimate that of Iran. Playing on a paradoxical plane, the US-led psyops against Iran are geared towards inflating the Iranian nuclear threat and manufacturing a nuclear illusion over Iran while the same authors of anti-Iran plots relegate the country’s military might to such a pitiful minimum that Iran will eventually have no choice but to buckle under the military might of the Zionist regime.

The fact is that Israel has a long history of showing teeth to and spewing out threats against Iran and that it has never mustered up enough courage to launch such an attack as it knows the consequences of such grave foolhardiness. Despite the claims of some western analysts such as Richard Silverstein who have even elaborated on an Iranian war plan by Israel, a glance at the history of threats against and lies about Iran sheds light on the banality of these claims and reveals who really steers this malicious bark of threats against the Islamic Republic.

With the advent of the Islamic Revolution of Iran in 1979, the US government realized that they had lost a long-time ally in the Middle East, namely the US-installed puppet Shah and that their regional sway would dwindle significantly. On the strength of this new realization, Washington envisioned other ways to maintain its regional influence on the one hand, and keep a vigil eye on the new developments and their effects on the region on the other.

Iran was now emerging as a new power which was predicted to exercise a great amount of political influence in the region and inject new blood in the veins of the Middle East. In order to stymie the materialization of such an idea, then US President Jimmy Carter afforded Israel in 1979 the ability to see spy satellite photos, thereby implicitly giving the regime green light to use them for future pre-emptive strikes against the Middle East and Russia. Now emboldened by this gesture of amicability, Israel, which has refused to sign the Non-Proliferation Treaty (NPT) for years despite its colossal nuclear arsenal, felt free to explode its nuclear bomb for the first time in South Indian Ocean. No wonder, the US officials have never accepted to agree that it was a nuclear explosion.

Since then, Israel has directed its baneful sword of vengeance against the Islamic Republic under the encouragement of Washington and availed itself of any chance to deal a blow to Iran and its friends to boot. In order to further corner Iran, Washington decided to engage the Iranian nation in a lethal war for which they thought Iranians were not ready in view of the young Iranian revolution. To this end, they encouraged and funded despotic Iraqi ruler Saddam Hussein to mount an invasion of the country and catch it unawares.

In 2002, New York Times published a horrific report indicating that a covert program during the Reagan administration “provided Iraq with critical battle planning assistance at a time when American intelligence agencies knew that Iraqi commanders would employ chemical weapons in waging the decisive battles of the Iran-Iraq war.”

Is there no limit to US hypocrisy?

Iraq was a Muslim country and Iran for its part had certain reservations in bombing Iraqi cities lest they would lead to human losses although the former bombed, re-bombed and re-bombed the Iranian cities and inflicted damage after damage.

To sum up, Washington encouraged and financed the Iraqi dictator and fought its war of cowardice through the Iraqi regime.

The war came to an end in 1988 with inconceivable human losses on both sides. Iran embarked on a costly reconstruction of its infrastructures severely damaged by Iraqi missiles and bombs thanks to the financial support of the US government.

But there was no end to Washington’s malicious policy of devastation.

Now that Washington was bitterly frustrated in its subversive gambit against Iran, it sought another adversary to replace Iraqi Saddam. Israel was thought to be a perfect substitute and a formidable foe for this mission as it was a Jewish population repeatedly condemned by Iranian leaders as an occupying regime. For its part, the Zionist regime harbored some covert and overt aversion for the Islamic Iran. 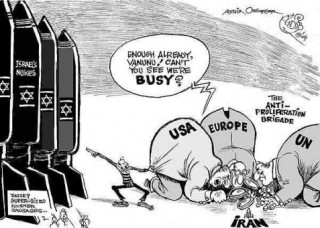 Under the pretext that Iran is seeking a nuclear weapons program and that it might jeopardize or even exterminate the Zionist regime, Washington handed Israel some feeble excuse to initiate a series of threats against the Islamic Republic. All this chicanery has been done with the sole purpose of destroying the Iranian nation.

According to a report by Reuters, the US, European allies and even Israel generally agree on three things about Iran’s nuclear program: 1. Tehran does not have a bomb; 2. It has not decided to build one, and 3. It is probably years away from having a deliverable nuclear warhead.

To that effect, a highly classified 2011 US intelligence assessment also largely affirms that Iran is not seeking a nuclear weapons program, a view, originally made in 2007. Known as national intelligence estimates (NIE), the reports conclude that “Tehran halted efforts to develop and build a nuclear warhead in 2003.”

Yet, despite the testimony of their own intelligence agencies, Washington keeps a mulishly adamant stance on Iran, disseminates falsity on its nuclear energy program and goads Israel into attacking Iran. Israel is, however, paralyzed by fear to start a war of no return against Iran and instead proceeds with its ‘bomb’ rhetoric.

In the final analysis, the US is intent on fighting a proxy war against Iran through Israel as it did in the past through Iraq. In fact, this Washington does only to gratify its own morbid temptation in attacking Iran.