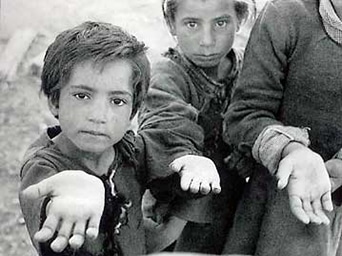 The United States has worked across Latin America to enrich private clients at the expense of the pauperized masses, Professor of Sociology Emeritus James Petras of Binghamton University, N.Y., charges.

“Never in the 20th Century (1990-2001) were so many lucrative public monopolies transferred to private national and foreign investors, in so many countries and covering such a vast…array of sectors in less than a decade,” Petras asserts in his book, “Rulers and Ruled in the U.S. Empire”(Clarity).

In Brazil, Cardoso literally gave away the Vale del Doce iron mine for $400 million when its market value in 2007 was over $10 billion and it enjoyed annual returns exceeding 25 per cent, Petras pointed out.

He notes that Mexico and Brazil are the two Latin nations having the most billionaires. The wealth of just 38 Latin families and/or individuals exceeds that of 250 million Latin Americans, Petras says. In fact, in Mexico, the income of 0.000001 percent of the population exceeds the combined income of 40-million Mexicans!

“The principal cause of poverty in Latin America is the very conditions that facilitate the growth of billionaires,” Petras writes. In Mexico, the privatization of the telecommunication sector at rock bottom prices resulted in the quadrupling of wealth for Carlos Slim Helu, the third richest man in the world with a net worth of $49 billion. Two fellow Mexican billionaires, Alfredo Harp Helu and Roberto Hernandez Ramirez, benefited from the privatization of banks and their subsequent de-nationalization with the sale of Banamex to Citicorp. (Carlos Slim Helu ranks today as the richest man in the world.)

“Privatization, financial de-regulation and de-nationalization were the key operating principles of U.S. foreign economic policies implemented in Latin America by the IMP and the World Bank, and dictated the fundamental conditions shaping any loans or debt re-negotiations there,” Petras writes.

The U.S. gets its way economically primarily by backing “the military dictators and neo-liberal politicians who set upthe billionaire-oriented economic models,” Petras explains.

“The period of greatest decline in living standards in Latin America…coincides with the dismantling of the nationalist, populist, and communist economies,” Petras notes. “Between 1980 and 2004, Latin America—more precisely Brazil, Argentina and Mexico—stagnated at 0 to 1 percent per capita growth.

Petras writes the reason for U.S. hostility toward President Hugo Chavez of Venezuela “is precisely because he is reversing the policies which create billionaires and mass poverty.”

Going back in Latin American history, Petras traces years in which the U.S. employed military force to put its favorites in power:

“Beginning with the U.S.-backed military coup in Brazil in 1964….Washington re-established its power and reversed the legislation and policies which adversely affected its big property holders and foreign policy.” Besides invading the Dominican Republic in 1965, America’s CIA backed military seizures of power in Bolivia, 1971, Uruguay, 1972-73, Chile,1973, Peru, 1975, and Argentina, 1976.

Petras says, ”All the new dictatorships received large-scale funding from the U.S. government, easy access to loans from the World Bank and IMF (thus starting the massive debt cycle) for many dubious ventures in exchange for repressing all nationalist, socialist, democratic and popular opposition.”

Sherwood Ross is a Miami-based public relations consultant for good causes who formerly worked for wire services and major dailies. Reach him at [email protected].