Home Government Did America Say NO to Israel? 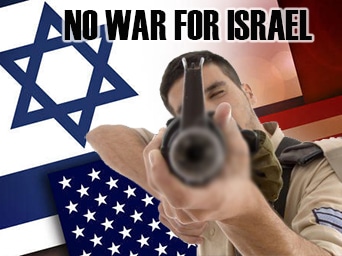 (Editorial Note:  An Israeli court declared the obvious murder of a young attractive American women, Rachel Corrie, to be an “accident.”  This miscarriage of justice and the interference in the American presidential election, in fact every American election, national, state and local, by Israel, has ended “the special relationship.”)

In the last few hours we have learned that the US had made massive reductions to joint military exercise with Israel.  Originally slated to include 5,000 US troops, Washington will now only send 1,500 to participate in Austere Challenge 12 with Israel.  Apparently, the American administration is concerned with a possible Israeli strike on Iran.

Some Israelis seem unhappy with the American decision. The Times quoted a senior Israeli military official as speculating, “Basically what the Americans are saying is, ‘We don’t trust you.’” Well, America has good reason not to trust Israel. The only question here is why did it take America so long to move in the right direction?

Although Washington will still send the Patriot missile defense systems as planned, the crews that man them will not arrive. And whereas two Aegis ballistic missile defense ships were slated to arrive for the joint drill, now only one is expected. The message to Israel is clear – if you want to launch a world war without US approval, you’d better find how to defend your people on your own.

Not specifically referring to the exercise, Chairman of the US Joint Chiefs Martin Dempsey said on Thursday that he did not want to be “complicit” if Israel chose to strike Iran’s nuclear program. Dempsey also added that an attack would “clearly delay but probably not destroy Iran’s nuclear program.” It should also be mentioned that Dempsey’s views are overwhelmingly supported by most Israeli military experts who also contend that Israel lacks the military capacity to strike Iran, let alone dismantle the Iranian nuclear program.

As much as the American Jewish Lobby, together with Barak and Netanyahu are pushing for a new global conflict, America may still be saved by just a few brains who are beginning to realize that Israel is the biggest threat to world peace.