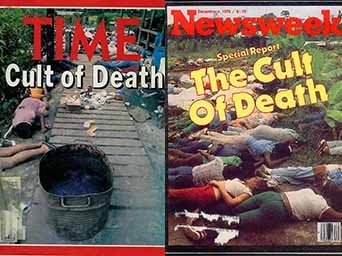 Five years ago I wrote an article on mass paranoia. At the time I argued that U.S. and Israeli paranoia threaten to lead the entire world to oblivion.

In that previous article, I defined paranoia as “a psychotic disorder characterized by delusions of persecution with or without grandeur, often strenuously defended with apparent logic and reason. It involves an extreme, irrational distrust of others.”

That definition of paranoia applies not only to individuals; it also fits large groups of people, like the disastrous gathering of people in Jonestown, Guyana who killed themselves with cyanide poisoning.

It’s contagious and can spread like a pandemic. The U.S. and Israel are acting as paranoid as the Jim Jones cult that led to the murder/suicide of over 900 people.

The entire cold war was an expression of national paranoia on the parts of both America and Russia. As soon as both sides in the cold war relaxed, the U.S. started its moves to create paranoia through its threatening activities.

The U.S. brought virtually the whole Warsaw Pact into NATO, a real threat to Russia. America gave up its policy of deterrence for one of pre-emptive attacks and occupations.

Norman Podhoretz, the godfather of the American neocon movement wrote, “It now remains to be seen whether this president … will find it possible to take the only action that can stop Iran from following through on its evil intentions both toward us and toward Israel. As an American and as a Jew, I pray with all my heart that he will.”

Paranoia took stronger hold in America with 9/11; and the large numbers of security measures that have followed reveal an increasing disorder.

In a study of different island cultures, anthropologist Ruth Benedict, in Patterns of Culture, referred to the Dobuans whose culture seemed to her magic-ridden, with everyone fearing and hating everyone else. She characterised the islanders as “paranoiac and mean-spirited”.

According to Israel Shamir, in the Wall, this “definition fits the Jews as culture to a boot.” 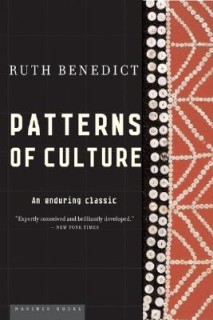 The Medical Encyclopaedia says, “Paranoid individuals constantly suspect the motives of those around them, and believe that certain individuals, or people in general, are ‘out to get them’.”

Present Israel, the country of perennial body search, is the ultimate of paranoid societies.

While paranoia in individuals has no known cure, it can be treated with medication. Group paranoia has no known treatment. Thus, if a group like those following the dictates of cult leader Jim Jones succumbs to paranoia, it’s incurable.

Not only is it incurable, it’s exceptionally dangerous to members of the group as well as to others in contact with the group. When the group happens to be a nation, the dangers become even greater.

The Sci-Tech dictionary, by McGraw Hill describes this sort of paranoia as having “…properties of suspiciousness, fearfulness, hypersensitivity, hostility, rigidity of conviction, and an exaggerated sense of self-reference.”

As the U.S. and Israel move closer to a larger pre-emptive war with Iran, our only hope is that enough of the American public can resist those with paranoid delusions.