Home Veterans Are Netanyahu and the Zionist lobby now a threat to the survival... 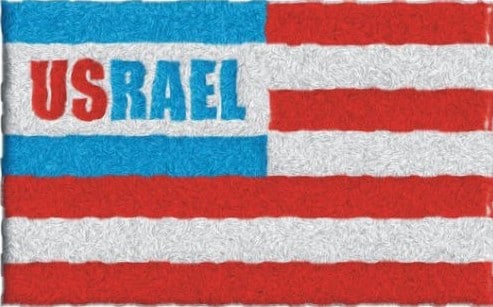 Are Netanyahu and the Zionist lobby now a threat to the survival of the US-Israel relationship? 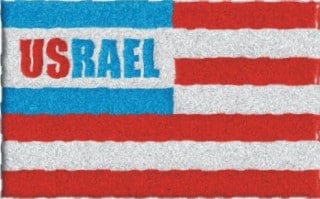 In her first response to the killing of the American ambassador and three others in Libya, U.S. Secretary of State Hillary Clinton said she had asked herself the question that many Americans were asking – how it could have happened?

The most likely answer, it seems to me, is that it was a well planned terrorist attack not  a spontaneous happening, not part of the protest against video clips of a film that denigrates and insults the Prophet Muhammad and Islam.

Some 24 hours before the attack al-Qaeda leader Ayman al-Zawahiri released a video on Jihadist forums. In it he acknowledged the death of his second in command, Abu Yahya, and urged Libyans to avenge his killing. (Abu Yahya was killed by a US drone strike – an American targeted assassination – in Pakistan’s tribal region of Waziristan on 4 June).

It that light the peaceful protest outside the US consulate in Benghazi against the insulting film was a very convenient cover for the well planned terrorist attack. It was not a secret that Libya’s own security forces do not have the ability to be effective beyond their Tripoli capital, so it has to be assumed that America’s own security arrangements for protecting Ambassador Christopher Stevens and his colleagues left much to be desired.

Hillary’s how question had to be asked but even more important is the one that nobody in the Obama administration or the Romney camp wants to pose – the whyquestion.

The shortest possible answer to the question of what drives and fuels violent, murderous Islamic fundamentalism in its various forms can be given in three words – American foreign policy.

It is true that   in the past year or two, as a consequence of Obama-authorized American violence (Israeli-like state terrorism in my view), al-Qaeda has suffered some serious setbacks.

But the task of putting violent Islamic fundamentalism out of business will only become a mission possible when American foreign policy can command the respect of most Arabs and other Muslims everywhere.

For that to happen the American policy of support for the Zionist (not Jewish) state of Israel right or wrong has got to be ended.

At the risk of provoking some of my readers to say again that my qualified optimism is misplaced and that it will never happen, I have to say that I am still entertaining the hope that a second-term President Obama will put America’s own best interests first even to the extent of confronting the Zionist monster and its lobby in Congress and the mainstream media (Fox News in particular).

Today I allowed my optimism to be re-inforced (a little) by a most interesting piece written by Philip Weiss for his web site Mondoweiss. The headline over the piece is Netanyahu’s warmongering spells high noon for the Israel lobby.

Weiss is an influential Jewish-American journalist who describes himself as an “anti-Zionist” and his web site has been described as “a nucleus of anti-Zionist writing.” He said recently that he was particularly gratified to see a growing number of Jews moving in his direction. “I think there’s going to be a big anti-Zionist moment in American Jewish life. I just think it’s inevitable.”

The opening paragraph of his latest piece is this:

It’s high noon for the Israel lobby at last. The American establishment is balking at the idea of war with Iran, and calling out the neoconservatives for pushing it; and Netanyahu’s tantrum is allowing liberal American Jews to declare they’re not on his side.

There seems a likelihood that the “special relationship” with our closest ally will at last be politicized, or at least that war with Iran will come up in the presidential debates – and Romney forced to say he doesn’t want it either, because Americans don’t want it.

Weiss foresees “a breakup of the monolith” (the Zionist not Israeli lobby, I say) “with the Likud and anti-Likud voices in the US establishment battling it out openly – Adelson’s Republicans versus Soros’s Democrats.”

“We can only hope that Netanyahu’s government will fall over this battle. Because just as American Jews don’t like dual loyalty suspicions – and if called on to choose, they’ll side with the US – Israelis don’t like to be alienated from Uncle Sam. Shamir fell after he took on Bush in ‘91. The lobby surely overreached with the Iran war push. As it overreached with the devouring of the West Bank.”

Weiss then supports his own logic by quoting remarks made by TIME’s Joe Klein on NBC’s This Morning. He was responding to Knesset Deputy Speaker Danny Danon who said that it was absolutely time to attack Iran. While arguing that the Netanyahu government is trying to push the US into a war with Iran that would not serve US or Israeli interests, Klein said:

As for Israel, and the Deputy Speaker of the Knesset and the Prime Minister, I don’t think I’ve ever, in the forty years I’ve been doing this – and I’m trying to search my mind through history – heard of another example of an American ally trying to push us into war as blatantly, and trying to influence an American election as blatantly as Bibi Netanyahu and the Likud party in Israel is doing right now. I think it’s absolutely outrageous and disgusting. It’s not a way that friends treat each other. And it is cynical and it is brazen.

Klein contested Danon’s dismissal of the effectiveness of sanctions and argued that if Iran did make the decision to obtain a nuclear weapon, it would use it as a deterrent and not operationally “unless provoked.”

Weiss then further supports his own logic by quoting remarks made by M.J. Rosenberg, a former AIPAC staffer and for 15 years a lobbyist on Capitol Hill for various Democrat members of the House and Senate.

“The only force in the United States that favors war is AIPAC and its satellite organizations, neoconservative pundits and some Christian rightists… War with Iran could destroy Romney’s presidency and he surely knows it”.

The layout of Weiss’s piece does not make it clear to me whose words the following are – Rosenberg’s or Weiss’s own, but their message is important.

The bottom line then is that all Netanyahu is accomplishing with his ugly saber-rattling is threatening the survival of the US-Israel relationship. Don’t kid yourself. No matter what Obama says publicly, he is furious with Netanyahu.

Privately, it is hard to imagine that even Republicans like seeing the United States being treated with such contempt by a tiny country we sustain with $3.5 billion a year in aid (exempt from all cuts, unlike every other programs) and UN vetoes that make America look like Israel’s satellite.

The only thing that keeps them all quiet is intimidation and campaign contributions. That won’t last forever, particularly as younger American Jews have moved toward indifference to Israel due to the policies it has pursued since an Israeli fanatic killed Yitzhak Rabin.

My answer to my own headline question is – I hope so.