Home Veterans Every Day Should be a “Day of Atonement” 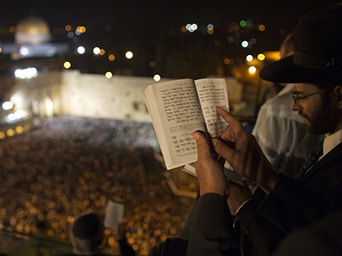 To the millions of Zionist Jews in Israel and around the world, and the millions of Evangelical Christian Zionists who were behind the creation of the State of Israel and to all those who supports, funds, serve and sponsor both the Jewish Occupation of Palestine and the Jewish settlements of what remained of historic Palestine, every day must be and should be a Day of Atonement, a Yom Kippur for the sins and crimes committed all these years and are committed everyday.

No one can deny the need of European Jews to escape the horrific crimes of Hitler’s Germany and the Holocaust and the need for a safe haven in Mandated Palestine when the doors of the US and the other European countries where closed to those who are desperate to escape the death camps in Europe.

However it is one thing to seek escape from such horrific crimes and its is another thing to disposes the indigenous and “native” people of their homes and country and exile them and make them refugees only to create a state for those refugees from Europe. To the millions of Jews who believed in the Zionist claim of a “country with no people for a people without a country” they should do nothing for the rest of their lives but seek forgiveness and atonement for being deceived with such lie and continue to live with such lie knowing well it is a lie.

I do know this may offend those who put the crimes of the Holocaust as a “special” crime, never to be compared with any crime, but the disposition and impact of Nakba over the years is no lesser of a crime of the Holocaust; worst it is continuous one, which is even worst.

Yom Kippur also known as the Day of Atonement “ is one of the holiest days of the year for the Jews. Its central themes are atonement and repentance. On this day of a High Holidays Jews observe a 25-hour period of fast and continuous prayer with synagogues opening their doors for continuous service.

Yom Kippur is the 10th day of the month of Tishrei where “according to Jewish tradition, God inscribe each person’s fate for the coming year into a book, the Book of Life, on Rosh Hashanah, and awaits until Yom Kippur to “seal” the verdict” On these days Jews work hard to amend their ways and behavior and “seek forgiveness for wrongs done against God (bein adam leMakom) and against other human beings (bein adam lechavero)”.

With that kind of God’s command one has to wonder what went wrong with the Jews? And what did Zionism do to the soul and body of the Jews to make them behave this way in Palestine toward the Palestinians inside and outside of Palestine?

One has to wonder what kind of people who believe in the words and commands of God and who observe such High Holy Days can do what they are doing to the Palestinians people day in and day out specially in the West Bank and Gaza where people have to endure crimes that are too horrific to imagine.

No one can convince me a true believer in God can simply go out armed with a gun and rob the people of their land only to build on it his Jewish settlement reclaiming the “Promise Land”. Did God really promise the land to this kind of people, the armed Jewish settlers and terrorists?

No one can convince me a true believers can simply target a child or an old man, shoot at them with a tank shell or empty a whole clip of bullets in the body of fallen young school girl to confirm a killing or shoot a tank shell directed toward school children as they sat in class. No one can convince me a true believers in God can make hundreds of people, young and old, men and women, sick or poor wait at check points while they sort out a pizza delivery among themselves or hold thousands of people in wait while they force a young Palestinian to play his violin and make fun out of it.

No one can convince me that true believers can accept even justify the house demolition of Palestinians simply because they “ have no permit” knowing well that Palestinians are simply denied building permits period. No one can convince me true believers have a right to disposes someone of their homes bases on fraudulent “title” forgetting and denying the rights of the Palestinian people to their homes and farms left behind, not one but hundreds of thousands of homes and farms.

No one can convince me that true believers enjoy the killings of innocent people knowing well that these people not only unarmed but do not pose danger. No one can convince me true believers can stand up and even cheers as Gaza is shelled and with building collapsing and going up in smoke and hospitals and schools are targeted and are shelled with powerful tank shell forcing the collapse of entire buildings knowing well there are many innocent and unarmed people inside.

No one can convince me true believers can target an apartment and shoot a tank shell at the family of a physician killing his two daughters while he was being interviewed by Israel television.
Worst is the justifications many Jews especially those in the US give to the many crimes that are committed by the Israeli soldiers and settlers alike on a daily basis. Support and justifications they give to the ethnic cleansing of Palestinians from East Jerusalem, support and justifications for the Apartheid Wall knowing damn well it is not a security wall but a wall of theft to steal and rob people of their land and homes and water.

One could understand the blind hate instilled in these die hard Zionists but one could never understand the silence of so many “not so much Zionists” but true Jews believers in God and in the Torah and who for centuries where the light unto other nations.

How can a true believer in God simply uproot a century old olive tree simply because it belongs to a Palestinian? Or how any human being could accept the poisoning of water wells of poor farmers kills their livestock and burns their orchards of figs, almond and olive trees and does it just for the hell of it?

How can any true believer cheer the cold-blooded murder of scores of people as they pray in a shared house of worship holly to Jews and Muslims and enshrine the name of the murderer as a hero? I also wondered how can a true Muslim believer cheers and distribute sweets at the house of a suicide bombers knowing well he killed so many innocent Jewish people?

With these kind of crimes and with the justifications and silence of the majority of Jews in Israel and around the world they give to their state and to the settlers one truly has to ask if Yom Kippur or the Day of Atonement has any meaning at all. One can only wonder what God thinks of His People and wonder what Zionism did to the followers of his many prophets and what happened to the people of Abraham, Moses, Isaac, Solomon (Sulaiman) Jacob and the many prophets of the people of Israel. Zionism changed all of that and canceled what God did over thousands of years.

Yes, Zionism did win over God. To every Israelis, every silent Jew, to every Zionists and to every members of US Congress, every day should and must be a Day of Atonement.