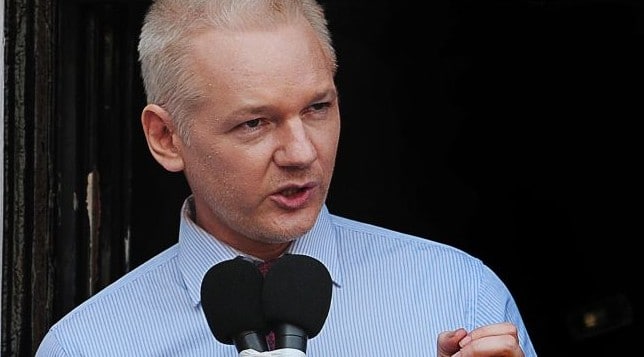 The aftermath of the last world altering months may mean life or death, war or peace for millions, perhaps the entire world.  Real conflict in Syria, the attempts by others to expand regional conflicts, tribal feuds and ethnic rivalries into war of aggression is becoming openly recognized, perhaps for the first time in history.

Since the days of Machiavelli, war through deception has been the rule but the information age has made deception a more powerful tool than ever imagined.

Perhaps it is time the tables were turned and the “deceivers” were to receive some of the recognition they have, for so long, been denied.

Today’s story will involve Julian Assange, Wikileaks, Israel, the Mossad.  Along with Netanyahu, Assange has tried to insert his way into the American election on the side of a losing candidate whose platform is simply war with Iran.  Some explanation is needed.

His recent statement, theoretically to the United Nations, one attacking President Obama, always sparing any mention of Israel or the rights of the Palestinian people, are cheap showmanship, utter lies and a form of “holocaust flag waving” he learned from Netanyahu.

No move has ever been made against Wikileaks by the United States, they and their allies in the paid press and Israeli lobby and intelligence services have had free reign while the kingly live of Julian Assange sheds crocodile tears over the imprisonment of Bradley Manning whose relationship with Wikileaks has become increasingly remote.

I know heroes, I work with them daily, VT has many on its staff who have sacrificed their futures, their safety and several, their lives, putting out hard truths that aren’t filtered by the rich and powerful.  A dozen lifetimes of training in counter-espionage, psychological warfare and “cover operations” has left our staff more than able to tell a “pig” from a “chicken.”

Our most recent episode and the concurrent orchestrated reactions, the things no news agency would see or touch is where we begin;

Nothing at the UN General Assembly meeting or anything else that went on in New York happened the way some wanted.  A critical issue is the US election.  It shouldn’t be but it is.

Currently, Iran and the United States are going through a period of, what many of us hope, will lead to more dialog and even reconciliation.

Few Americans are aware of the CIA’s role in the 1953 overthrow of Iran’s government or the brutality of the Shah.  However, many Americans remember decades of working with the Iranian people, their friends there and how, one day in 1979, all of that changed.

There were Americans in Iran supporting the government’s oppression of the people, part of what was considered a policy justified by the “Cold War” against the Soviet Union.  America had forced dozens, many dozens of dictatorships on the people of the world to “oppose communism.”  Some of those governments survive to this day, some in the Middle East.

This week, from his balcony at the Ecuadorian embassy, Assange unleashed his program, carefully coordinated with the world’s druglords, his “bankster” friends and, closest of all, Israeli Prime Minister Netanyahu, his strongest supporter, one to interfere in the American election on behalf of Mitt Romney.

We got to know Assange initially with his video of a US helicopter killing civilians in Iraq.  The problem is, of course, Assange supported the war in Iraq, supported a US attack on Iran for Iraq, supported war with Pakistan, supports US interference in Syria and, where he stands apart from most well informed people of the world, is a lead figure in suppressing an investigation of 9/11.

Yet no media outlet ever asked why someone whose official beliefs support war on Islam for Israel would build a cult of personal fame directing world attention to US actions when those actions are commonly known to have been proof of American submission to pressure from the AIPAC lobby that totally controlled the Bush administration.

The wars in Afghanistan and Iraq were Israel’s wars, words never to pass Julian Assange’s lips.

Assange is a pure Islamophobe.

Assange, an intelligence asset of Israel, as Zbigniew Brzezinski pointed out on December 2, 2010 on National Public Radio in an interview with Judy Woodruff, one tasked with supplying a platform for Israeli intelligence to insert carefully crafted “pointed intelligence” wrapped in “Wikileaks.”

The whole thing is not just a con.

When, back in early 2011, it was exposed to the world that all Wikileaks were filtered through Israel and then the “pop culture” mainstream media before release, meaning there is no more censored source of information than Wikileaks, he fell from grace.

When the Mossad’s Assange hogs the controlled news, the same way the CIA’s Terry Jones hogs the news with his blasphemies against the Prophet, it is a clear demonstration of how rogue intelligence agencies, how rogue states, no matter how small, how morally decrepit, are able to control the public agenda through orchestration of the media and manufactured drama.

Assange, living as a princeling for years, obsesses on his life of imaginary victimization.  Not one document has ever been filed in the United States asking a question of Assange much less accusing him of a crime or attempting extradition.

Assange has many friends in America, the entire Israel lobby, billionaire “banksters” wait to fete him, Fox News has a standing offer to let him openly broadcast on government approved public airways all day every day.

This is his persecution.

As Jones is tasked with making America appear to be a nation at war with Islam, something that ended with the election of President Obama, Julian Assange is tasked with selling Iran as a threatening nuclear power.

Assange, Murdoch and Netanyahu are as “of the same mother,” perhaps one not of human origin however.

We could go “technical.”

Last week, both President Obama and Prime Minister Netanyahu acknowledged receipt of a letter from IAEA Lead Consultant and the world’s top nuclear weapons expert, Clinton Bastin who plainly stated that no process exists for turning uranium hexafluoride gas into a metal in order to build nuclear weapons.

This letter was leaked by Jim Dean with Press TV.  Such information, exposing world threatening international corruption is considered “untouchable “by Wikileaks.  After all, it exposes Netanyahu as a liar.

America can’t do it, Iran can’t do it but a rogue IAEA “related”  group whose spokesman, Israeli David Albright hogs the press like Terry Jones and Julian Assange, peddles junk science straight into the New York Times, the same channel Assange used to sell his message supporting war on Islam.

For those who never noticed, Julian Assange is the darling of Europe’s ultra-nationalists and “anti-immigration” crowd, seemingly a genetic twin to Andrew Breveik, the Norwegian mass murderer who killed 77 children of party members who supported the Israeli boycott.

We started a fire?  Who is “we?”  We are the freedom loving people of the world, representing the Non-Aligned Movement, Americans willing to retrench the old “policeman of the world” foreign policy and those who politically stand on the front lines, groups like “Occupy,” that stand up for the “99%” or the “47%” as Romney told his audience of guests largely from Israel during his secretly recorded private dinner back in May.

Few look behind the politics to the actual agenda of the New World Order, the “Malthusians” who believe that there are simply what they call too many “useless eaters.”

What is a “useless eater?”

It is you and me.

It is our children.

What is “their plan” for useless eater, the invisible faces behind Romney and Netanyahu, behind Koch and Adelson, behind Terry Jones and Julian Assange?

Their goal is a decline in world population, overtly through manipulation of food supplies, fuel prices, currency collapses and orchestrated war.

Their real agenda goes much further, well into the conspiracies we see on the internet and beyond, manipulated weather, genetically modified foods, billions spent on bio-chemical warfare in the US, Israel, Britain, Russia and elsewhere that is totally unregulated and never explained.

No one is touching these questions, real conspiracies, all tied to well established policies of those secret societies whose agenda has long been public, the need to end population growth or drastically lower its levels, the desire to control all human information and a willingness to suppress technologies, manipulate wars and destroy economies to bring about a world no one admits to wanting but that so many “respected” national leaders are more than comfortable with.

Do we at least respect Netanyahu and Mitt Romney because they are overtly among the despised and hateful, willing to stand, at least partially unmasked as the representatives of the unseen cabal where human life is worthless, where a well fed and educated child with a certain future is very much “the enemy?”

President Ahmadinejad has suggested that the NAM (Non-Aligned Movement) may well be the real United Nations.  No western leader will acknowledge the key issue, that five nations, leftovers of feudal nation states or newfound economic neocolonialists, warring over the world’s resources, represent national interests that can only exist if dialog is stifled, if dissent is crushed, if human aspirations are denied.

It was no accident that the current financial collapse in the West was engineered to leave no option but war, increased oligarchical rule, and descent into brutalization and totalitarianism in order to feed what is perceived as the “too big to fail” economic model that has bred generations of poverty.

That poverty is now engulfing even the United States where fully 25% of Americans suffer malnutrition and where 85% know real poverty at some time during their lives.  Nearly half of the citizens of what had been the greatest economy in the world live “one paycheck” from disaster.

As long as our attention is “bought” so cheaply, like the blood of the innocents, bought by the braying of narcissistic asses, the gifts of the ruling elites to us, the useless eaters, the underlings, those not yet chosen for slaughter, those of us yet to be fully bled, we empower our predators.

They lead us to feed on our own and we offer them only thanks.