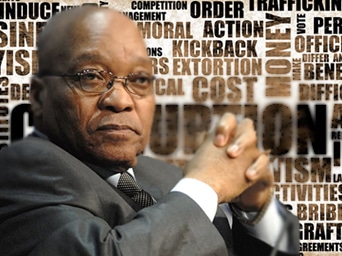 WORLD NEWS TOMORROW-south africa – Mr. Zuma previously claimed that he would foot the majority of the bill for the renovations to his rural home in Nkandla, in KwaZulu Natal, where his four current wives and their children live. The taxpayer already maintains the state residences used by themr. in the capital Pretoria and Cape Town, where parliament sits.Documents from the Department of Public Works published in City Press newspaper revealed the 70-year-old head of state will fund just five per cent of the total upgrade costs.

The revelation will play badly with impoverished voters in the country, and comes as Mr Zuma already faces a challenge to his presidency at the ANC’s December elective conference.The Public Works Department has refused to comment on the report, citing national security, but analysts saidmr. Zuma should clarify the spending immediately or face a public backlash. A memo allegedly sent to the public works minister by a planning official in KwaZulu Natal in March last year said that the plans provided “security measures in line with Cabinet regulations”, and that R203 million (£15 million) would be paid by the public, and R10 million by the “private owner”.

The refurbishment, which began in 2010, is listed to include the construction of a helipad, underground living quarters, a medical clinic for themr. and his family, 10 houses for security staff, houses for air force and police units, underground parking, playgrounds and a visitors’ centre.An earlier report in the Mail & Guardian newspaper suggested African huts for each wife topped with traditional thatches had been kitted out with all mod-cons and with 32mm armoured glass in their windows. The paper claimed that all the bedrooms were connected to a central house for themr. by underground tunnels.

No one at the Public Works Department was responding to queries yesterday – but an official previously told City Press that themr.’s house was a “National Key Point” so all information about it was protected under state security laws.Mac Maharaj,mr. Zuma’s spokesman, could not confirm the figures. As a principle, themr. should not be expected to pay for housing for security staff, and guest facilities, out of his own pocket.”What do you do whenmr. Obama or an African head of state visits him?” he said. “You can’t send them to a hotel.

“Where do Prime Minister Cameron’s security staff stay when he goes to his private house?”President Zuma’s medical and security staff are inside that complex but you can’t put them in the same house as his family.”Lindiwe Mazibuko, the leader of the Democratic Alliance, said that given the intense poverty surrounding his homestead, themr. should be ashamed of such “lavish personal enrichment”. She referred the case to Thuli Madonsela, South Africa’s anti-corruption tzar, but said themr. should not wait for her findings before cancelling the project.

“How can a leader ask the country to make sacrifices, and tighten belts in hard times, when he leads such publically-funded extravagance?” she said.”President Zuma’s behaviour upends the very concept of social justice which is written into our constitution.” Jeremy Gordin,mr. Zuma’s biographer, said if proven, the claims could harmmr. Zuma’s chances of re-election.”This fits with Zuma’s habit of stumbling from victory to disaster”, he said. “If this is just him buffing up his house then he is going to get in trouble with voters.”

Karima Brown, a political commentator, said the unconfirmed reports were another example of how Mr Zuma was targeted by the media.”Jacob Zuma has never been an easy fit for South Africa’s chattering classes,” she said. “His existence challenges the notion of what it means to be black and middle-class in South Africa and they will take any opportunity to attack him.”