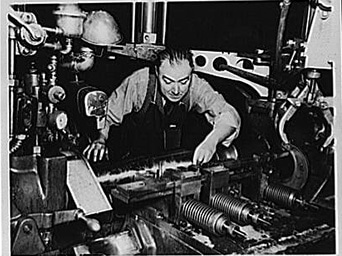 My father managed a branch of a steel pipe making company in Pennsylvania. I was about ten or 11 the first time he took me on a tour of his company.

Seeing the molten steel being poured from the furnaces looked very impressive to me as a young boy. In those days, steel pipe was created on assembly lines.

As we walked along the conveyor belt, my father stopped at each station to have a few words with his workers who all looked very happy to see him. They had a break from the boredom of an assembly line.

I couldn’t help watching one of the workers cap pieces of steel pipe one after the other. I asked my father if that was all the man did, over and over, during his entire eight-hour shift.

That was the man’s job, and I couldn’t imagine how anyone could repeat the process of screwing a cap on piece after piece of steel pipe for eight hours and not end up in a loony bin.

There I stood, wondering how anyone could repeat, like a prisoner in a chain gang, the same procedure, hour after hour, day after day, from however young he was until he reached retirement age and wouldn’t know what to do with himself until his life’s boredom ended.

Sometime after that experience, I swore that I would never subject myself to a life like that if there was any way to avoid it.

Something in the field of communication would do just fine, I thought to myself. So I studied speech and writing and literature and prepared myself to teach. I’d at least have the benefit of challenges to the brain and the continuous learning that teaching offers.

A decade ago, I turned to writing primarily about political events. Again, after 400 plus published articles, I’m going over and over the same political problems.

Unlike the man capping steel pipe day after day, my work as a writer offered the chance to discover new ways of looking at the world’s problems if not dealing with them.

As those concerned with the fate of the Palestinians, we keep writing about their mistreatment by the Israelis. We screw a cap on each repeated apartheid pipe or illegal West Bank settlement and repeat ourselves again and again. Nothing happens. We feel the boredom of repetition. 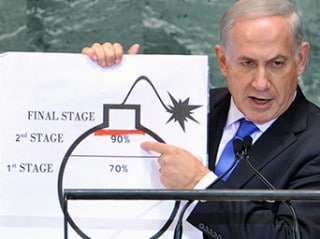 Netanyahu and the coterie of power ruling Israel continue to preach imagined dangers of Middle Eastern countries to Israel. The cap on the pipe repeated “bomb Iraq” until Iraq was occupied in an undeclared war.

When the assembly line in Iraq finished with a pipeline full of falsehoods, the line filled with “bomb Iran” as the repeated cap. False as it is, America keeps screwing it on.

Ray McGovern made it clear that “due scepticism seems warranted, given Netanyahu’s unenviable record of dire predictions with respect to how soon Iran could get the bomb. If Netanyahu had been right initially, the Iranians would have had a nuclear weapon in the 1990s.” Yet we listen.

The propaganda spewed by Netanyahu and company echoes the same false warnings that the neocon blusterers spread in attempts to justify attacking and occupying Iraq.

We will know that the ludicrous deceit has reached its peak when, as happened with Iraq, the Israel lobby begins to call for Iran to prove that they don’t have what they say they don’t have.

The calls by Americans for regime changes represent the most outrageous interference in other country’s concerns and none of our business. But we keep screwing the same caps on the same pipes.