Home Veterans Undeniable, American Civil War, it is in the Cards 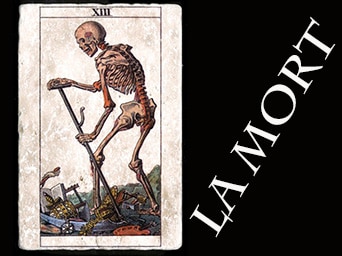 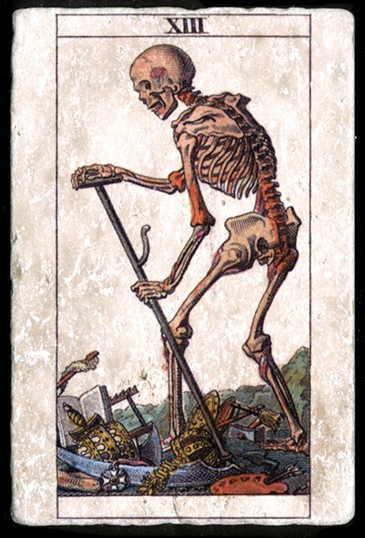 Undeniable, American Civil War, it is in the Cards

You hear it only in whispers.  Americans, those who used to consider themselves liberal or conservative, urban or rural, all races, religions and ethnicities are whispering.

With America’s new laws, universal wiretapping, total supervision of the Internet, networks of informants throughout the population, there is a genuine fear, neither of invasion nor of collapse and starvation though those are seen as more than “probable.”

Americans are convinced they will, perhaps this month, this year, certainly soon, see a civil war.  These are no longer bluster, angry words spoken in the heat of the moment.  These are quiet words, carefully spoken behind closed doors between trusted friends.

Americans are afraid of their government, their laws, their police and they have been afraid too long.

There are groups that, for political gain, have always exploited fear, this is to be expected.  The “neocon” movement was built from wild conspiracy theories spread by the Fox/Murdoch empire and its cabal of hidden cohorts.  Fearful Americans voted in even more corrupt governments than usual and economic disasters were engineered, perhaps a bit of government terrorism too.

Americans were lulled into the complacency of sheep and as they awakened, a few at a time, they saw how the visions and ideals they once held had disappeared. What they didn’t know was that this dark time and the darker times to follow would, when seen in retrospect, seem as though they were a golden era.

There is real fear in America, strangely uniting people as only hopelessness can. While America slept, thieves came in the night and stole her soul.  First the new laws, the foreign threats, terrorism, militias, extremism, Orwell’s 1984.

Then came the endless wars, more Orwellian nightmares followed by more laws, new bureaucracies, new humiliations, the author’s nightmares of a century past, Orwell and Kafka.

America went away.  It was replaced by “Fusion Centers” run by the Department of Homeland Security, where data on the behavior of everyone, children in school, gossip in the workplace, emails, telephone calls, all became fodder for analysis and classification.

This veteran is prone to violence, this church is a cult, this group is a militia, this meeting is a conspiracy.

This is one agency, there are 16.  This is only the “Fusion Center.”  The NSA (National Security Agency), NRO (National Reconnaissance Office) and 16 other agencies, all with undefined and overlapping powers, are spending billions on super computers to watch, to think, to predict and to, eventually, intervene.

“Capabilities” are being built to answer “threats” that have never existed and, as predicted, when the “Frankenstein monster” America has built is unleashed, it will have no duty but to turn on its unknowing creators. Thus, every phone call, every email, every Facebook post, perhaps every glance or expression will be recorded and analyzed.

Orwell’s “Thought Police,” exist, 16 agencies full, and those are only those with Federal or national designations.  Each state, county, each city or town, all are accumulating heavy weapons, surveillance equipment, all a duplication of the Israeli model.

The worst part is Americans have forgotten how to deal with tyranny.  Americans met the British the way the Viet Cong and Taliban have met our own troops.

This was before 15 million Americans languished in prisons.  This was before a million police, indoctrinated, no, really “brainwashed,” fed on steroids, and human growth hormones.

Behind the police is government, layer upon layer, each more corrupt than the last.  Behind the police are endless prisons and jails, many privately run, all as filthy and violent as any on earth, innocent and guilty alike share one thing in common, lack of money to buy their way to freedom.

Only the poor go to jail in America. Sheriffs and police chiefs, judges and magistrates are empowered to fill the “for pay” prisons owned by corporations that finance their campaigns.

In America, sheriffs and judges are elected, nominated by the powerful, financed by those they are sworn to protect, the privileged classes, those of organized crime, the drug cartels, and, most of all, their political overlords who then serve a greater class of criminals, onward and upward until the elite bankers and moguls of world crime sit at their table and divide their spoils.

The grand criminal conspiracy tried to form their own political base.  It was called the “Tea Party” and many fell for the message of hate and divisiveness from Sarah Palin, Michelle Bachmann and their masters, the Koch Brothers, those whose exist through bleeding America dry by manipulating fuel prices.

“Occupy,” a real America activist movement, the best of America, hope, ideals, intelligence, clearly recognizing the true enemy and resisting tyranny, certainly worthy but, call me a cynic, and I am certainly that, but two generations bred for complacency and, little are they aware, slaughter, too many stood by and did nothing.

Moreover, tyranny and violence came out in force, rights to free assembly and speech had long disappeared and no one had been there to notice.  Worse still, more openly sold those rights for nothing more than the promise of security, with only those of intellect, fewer each day it seems, aware that the enemy was and is…us.

As things are now, in very real “America,” rural, urban, black, white, Jews and Gentiles, there is a feeling that it is wise to be armed.

There is also a need to be organized and also a fear, knowing that no group of any kind is safe if it is legally armed, organized and openly advocating a return to real representative government and the very minimal safeguards of a constitution even fewer realize is long outdated.

It has gone further.  In regions of the United States, people live in actual terror of their government.

Knowing I am speaking to a largely international audience, such a statement may seem almost humorous.  Imprisonment for crimes of thought or for exercising dissent are commonplace in most of the world.

America really was very different and, I can only hope, there are Americans out there who are as concerned as I am. What has made this situation so pervasive is orchestrating of complacency, of submission, the acceptance of fear and hopelessness that pervades many.

Conversely, there is an equal and opposite culture of brutality, of indifference to human values, of feeling, of respect and honor, a disrespect for truth, for rights of the individual, a need to oppress the weak and defend the powerful

We have bred, it seems, a race of sociopaths, be they cartel “hit men” or corrupt police or guards at military prisons, perhaps even well paid contractors loading planes with narcotics to destroy the lives of our children, they are our creation.

Jim Morrison of the Doors once sang “They’ve got the guns, we’ve got the numbers.”

Morrison died in a bathtub in Paris many years ago, I visit his grave periodically.  The stone bust has long been removed as much as his message has been forgotten.

The balance has well changed. They have the guns and they have the numbers.  “We”, no longer seem to exist, not a “we” that respects liberty and honor anyway.

The military, through its service academies, West Point, Annapolis and the Air Force Academy, actually purposefully endeavor to mold a race of military leaders that function more as insects than humans. There are exceptions, but they live in the shadows and are cowed into silence.

Funny thing, our papers are filled with Syria, how their government is “repressing the revolution” with violence.  Were Americans to rise up and demand real freedom, there is little doubt nuclear weapons would be unleashed. Do make a note of that.

Last night was the first presidential debate, part of an election year ritual that first began in 1960, the year of the Kennedy/Nixon election.   Great issues stood before Americans, or so most believed, racial divides, pervasive religious discrimination, rural poverty and disease, urban decay, a crumbling manufacturing base, America under Eisenhower had stagnated.

American elections are much like wars or sporting events.  People choose teams for reasons none understand, vilify the opposition, show loyalty to the “home team,” whether a game or one of the endless wars that have sapped the economies and futures of this small planet since man first emerged, from a tree, a cave or from a scriptural paradise.

Now, it is all falling apart.  Old divisions are no longer believable.  Old ideals of hard work, saving for the future have proven to bring only poverty and hopelessness.  Ideals of justice and honor, of truth, these things have become a joke.

Americans that choose religious faith find themselves guided into extremism and hatred.  Those who choose rational problem solving, who choose to seek solutions, inevitably sink into cynicism and bitterness.

America has sought leaders to stand for the people.  They are killed, “lone gunmen,” or plane accidents, some are imprisoned, some simply destroyed  through a deluge of laundered drug money, America’s new “currency of violence” as per the ruling of the Supreme Court of the United States in the case of Citizens United.

If a new leader arises, he or she will be of sterner stuff, merciless and cruel.  This is also what is whispered behind closed doors.

It is my suspicion that a Romney presidency would bring it about, a war in Iran, a return to compulsory military service, elimination of universal education, massive homelessness, a nation pushed into decay as we see a “short sale” on America, a nation broken up and peddled off wholesale, as Romney has done so many times before.

I remember my first visit to the Tower of London.  The tours have been the same for generations.  The part that sticks, for me at least, is the idea of “hanging, drawing and quartering,” followed by placing the head of the traitor on a “pike” at the gate.

The tales of the Beefeaters at the Tower, meant to shock the American tourists no longer seem as out of place.