Home Veterans Sanctions or Holocaust? 6,000,000 Lives at Stake in Iran 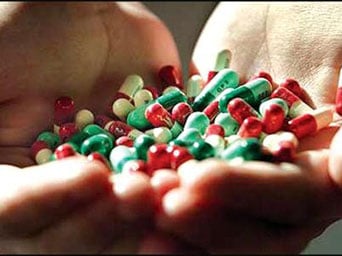 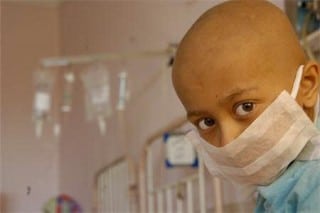 The US-led sanctions against the Islamic Republic of Iran which directly and painfully target the population have created an inconceivable situation for those whose very lives depend on the medicine adversely affected by these barbaric sanctions.

The West is sharply aware of the devastating inhuman effects of the sanctions on the sick people. On September 4, the Washington Post published an article titled In Iran, Sanctions Take Toll On The Sick, which details how dug shortages are particularly affecting “cancer patients and those being treated for complex disorders such as hemophilia, multiple sclerosis and Thalassemia, as well as transplant and kidney dialysis patients.”

Fatemeh Hashemi, Head of Iran’s Charity Institute for Special Diseases, has voiced grave concern for the six million patients suffering from special diseases and their families who are desperately wrestling with the problems originating therefrom. In fact, the US-led sanctions are exacting their deadly toll on the terminally ailing patients.

“We feel the shortage mainly for cancer and MS drugs. Of course, Thalassemia and dialysis patients are also the targets of these hardships. All these problems stem from the sanctions the US has imposed on the banking sector and the difficulties in transferring foreign currency,” Hashemi said.

The bitter question is: Is the West taking sadistic pleasure in incurring genocidal deaths or does the West naively believe that they are achieving their fiendish goals in the Muslim country?

Bitterly exasperated by the fact that a large multitude of patients are on the brink of death on account of the US-led sanctions, Fatemeh Hashemi wrote a letter to UN Secretary General Ban Ki-moon two months ago. Part of the letter which was sent through the Iranian Foreign Ministry reads:

“Although medicine is not included in the list of the sanctions, the aftermaths of the sanctions, the impossibility of transferring money through the banks as well as the appalling atmosphere created thus has cast its cumbersome shadow upon medicine and healthcare in Iran and has austerely affected the import of medicines in the country. As the head of an institute dealing with the lives of six million patients, I hereby implore you to exert all your endeavors to champion human rights in lifting the sanctions as they are political in nature and only prove to the tragic detriment of the patients in Iran.”

Many of the Thalassemia patients in Iran are threatened by death due to the paucity of Desferrioxamine or Desferal, a medicine which helps keep their blood iron at a safe level in the body. Thalassemia patients keep having blood transfusions which cause extra iron in the body. When blood transfusions are regular, iron gathers in the body and is amassed in some organs such as the liver, the heart, and the endocrine glands. Functioning as a foreign body, the iron eventually damages the organs. One of the main drugs which helps keep the blood iron at a safe level is desferrioxamine or ‘Desferal’.

In a recent speech, the Leader of the Islamic Revolution Ayatollah Seyyed Ali Khamenei has blasted the illogical western sanctions as ‘barbaric’ and described them as a war against a nation.

“The West is angry and they have used Iran’s nuclear energy program as a pretext [to impose sanctions]. They claim that they will lift the sanctions if Iran backs down on its right to nuclear energy. They are lying. Out of spite and revenge, they decide to impose illogical sanctions against Iran.”

As the leader says, the nuclear energy program is only an excuse for the West.

To be precise, the West is well aware that Iran has never sought a nuclear weapons program nor does it ever wish to do so. However they appear to be incapable of finding a better excuse than Iran’s nuclear energy program to go ahead with their barbaric sanctions with the ultimate goal of installing a US-friendly regime in the country. A recent article by David Frum reveals how Washington uses the sanctions as a strategy to bring about regime change in Iran. He says, “The U.S. has three goals vis-a-vis Iran: minimalist, maximalist and in-between. The minimalist goal is to compel Iran to surrender its nuclear ambitions and submit fully to international monitoring. The in-between goal is more generally to moderate Iran’s obnoxious behavior, including state sponsorship of terrorist outrages such as the recent attempt to murder the Saudi ambassador to Washington. The maximalist goal is to apply enough economic pressure to incite domestic revolution and the fall of the regime.”

Apart from his naïve perception of the status quo in Iran, he touches on a very important issue which tops the US agenda: regime change in Iran. Parenthetically, Frum used to be Bush’s speech writer and was well connected to the White House. His unconscious confession to this grand delusion entertained by the US officials indicates how very removed from reality the Washington officials are and how infernally adamant they are on bringing about this change at whatever cost, even the lives of millions of people.

The sheer idea of imposing illegal sanctions against the Islamic Republic and jeopardizing the lives of millions of patients is indeed an act of brutality which runs counter to the very true spirit of humanity as well as to international humanitarian laws.

Since when has the act of endangering the lives of the ailing people become part of a dirty political game played by the West?

In cahoots with the US, the West is willingly or unwillingly exterminating the Iranian patients through these illegal sanctions. Indeed, they will be held accountable for the human loss they are inflicting upon the Iranian nation: surely, the eyes of God are watching them and they are held in divine abhorrence.